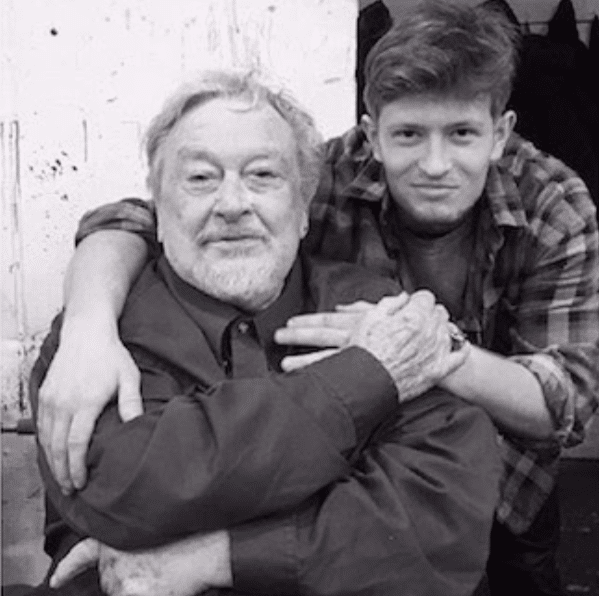 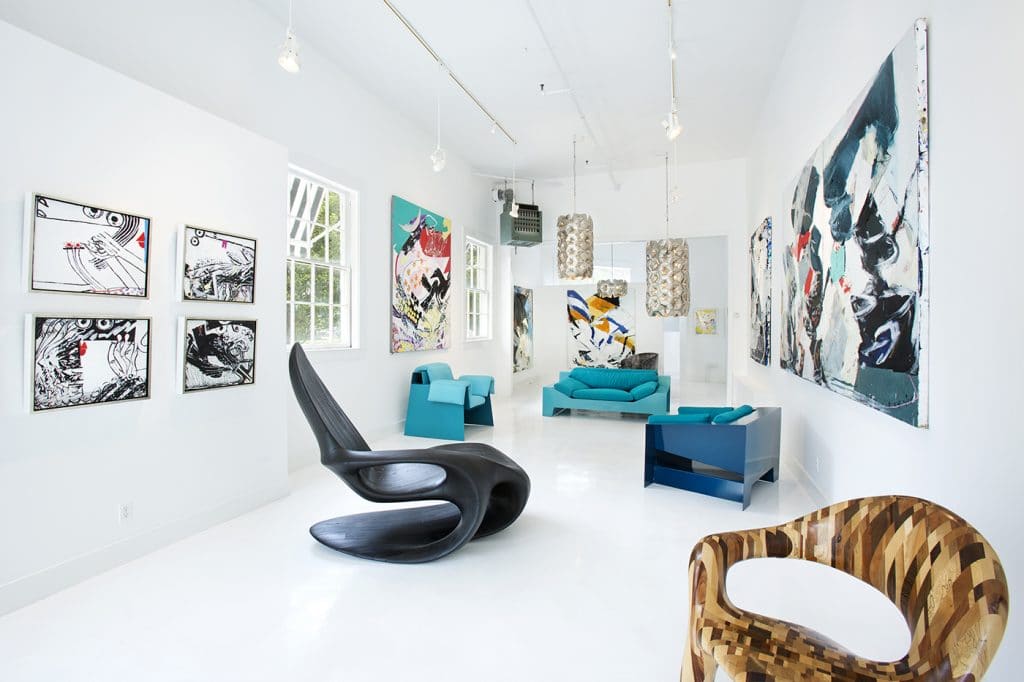 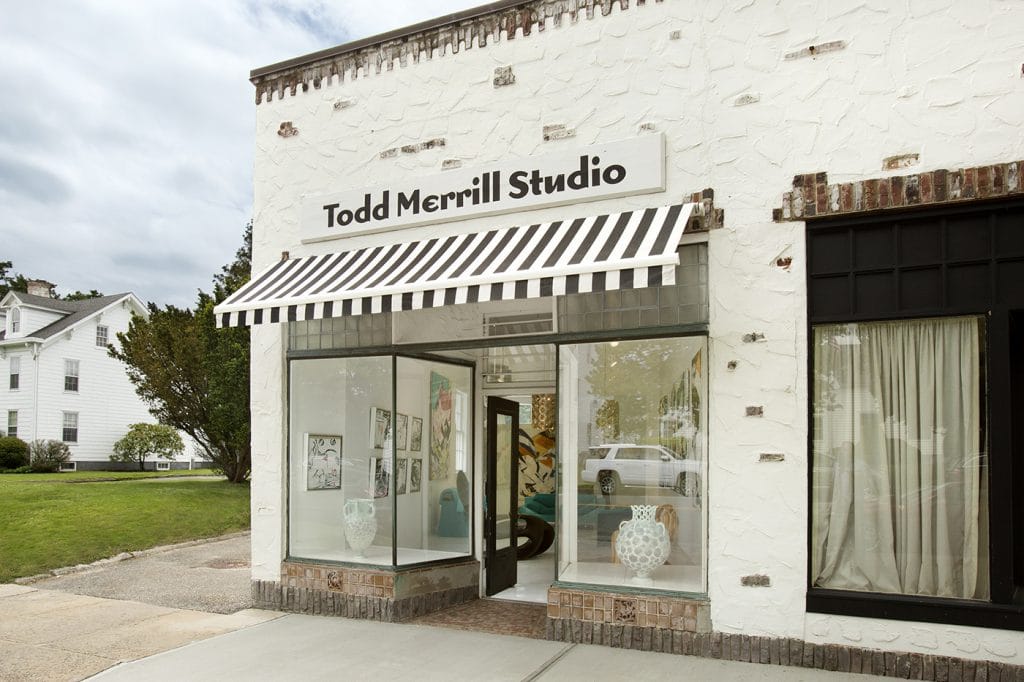 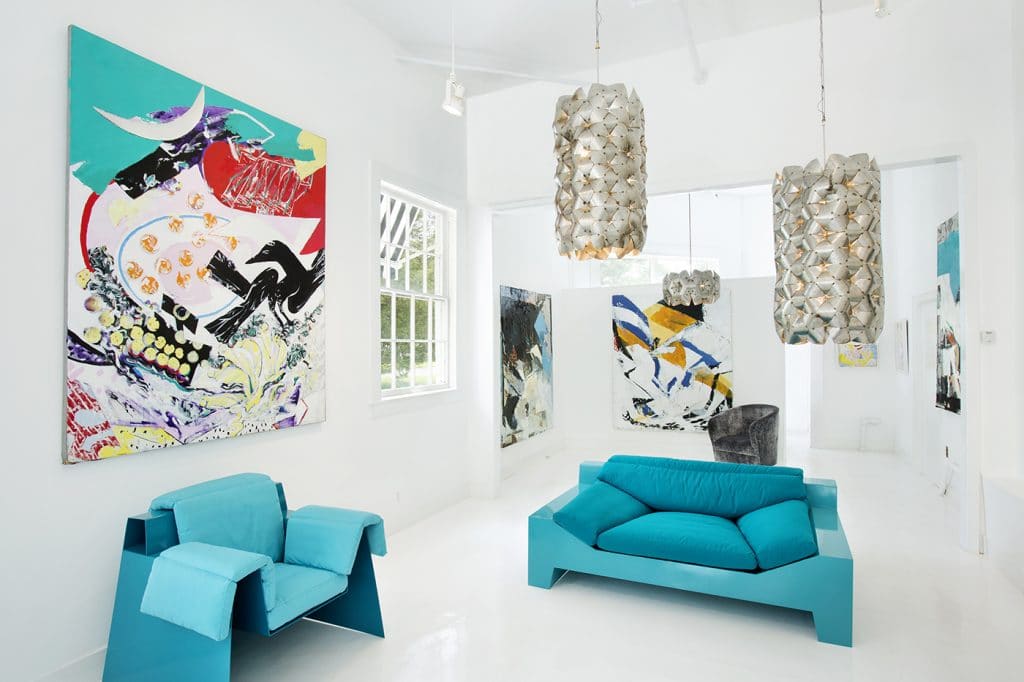 THE EDITOR AT LARGE

BY KATY B. OLSON

The relationship between teacher and student—and, perhaps even more so, between artist and artist—is at play at TODD MERRILL STUDIO this month. The gallery opens its seasonal Southampton outpost on June 24 with a colorful exhibition, “Master and Protégé,” exploring the work of master painter KNOX MARTIN and his young student—and successful painter in his own right—EZRA COHEN. About eight years ago, Martin met the then 16-year-old Cohen while teaching a master class at the ART STUDENTS LEAGUE OF NEW YORK.

“I introduced everyone to the basis of what art is, here,” Martin, 94, who had also attended the League, tells EAL of that fateful class. “There’s a proclamation I’ve issued forth for a long time, [which is that] I was never an abstract artist, never. And I was never an abstract expressionist. My subject matter is art, and that’s what I teach.”

Martin’s work has been shown in 40-plus top museum collections. He also served as painter-graphic artist ROBERT RAUSCHENBERG’s mentor and has been called “the greatest living painter” by fellow artist WILL BARNET.

Cohen, born in New York in 1993, has had his vibrant, abstract work shown in some 30 collections around the United Statesand Europe. He shares a studio with his mentor artist EDLA CUSICK, and is also co-founder of a New York art collective called WORK IN PROGRESS.

Gallerist TODD MERRILL, knowing of the Martin and Cohen’s friendship and mentorship and admiring the vibrancy of their work, was the one who proposed the idea for the exhibit, and the three men chose the works for the show.

For his part, Cohen says he is most looking forward to seeing Martin’s “A Crow With No Mouth.” Cohen tells the story behind his teacher’s inspirations. “One day, Knox handed me a paper plate, with a poem written on it by a Japanese poet named Ikkyu, titled ‘Crow With No Mouth.’ I’m very excited to see Knox’s work inspired by the poem.”

Hearing a crow with no mouth
Cry in the deep Darkness of the night, I feel a longing for
My father before he was born.

Additional pieces on display will include a selection of Martin’s works alluding to the female form, among them “Woman Amused III” and “Woman With Wonder Breasts,” alongside Cohen’s “The First,” “Red Stripe” and “Big Bang.”

Of his protégé, Martin says, “He’s an ardent student… He’s a terrific guy and an unstoppable painter.” And of his teacher, Cohen shares, “Knox and I have been working together for years, and I consider him one of the most important and influential people in my life. Knox’s work embodies all of art. I’m honored to have my work hang side by side.”

The exhibition will also feature “Color in Steel: Indoor/Outdoor Design from CHRIS RUCKER,” as well as sculpture from this year’s GUGGENHEIM FELLOWSHIP recipient, SHARI MENDELSON, with a nod to material. As the studio explains, Rucker’s work “calls into play the artist’s ability to deftly transform thin sheets of construction-grade steel, bending it like sheets of paper.He then powder-coats his Deck Chair and Lounge Sofa in a Mediterranean blue,” while Mendelson’s showcased vessels are “mutely beautiful as if they are in beach glass, while actually being constructed out of discarded plastic bottles.”

The current exhibit runs now through July 7. It will run again from July 15 through August 31.

Todd Merrill Studio Southampton is open Friday through Monday, from 11 a.m. to 6 p.m., and is located at 11 South Main Street, in Southampton.