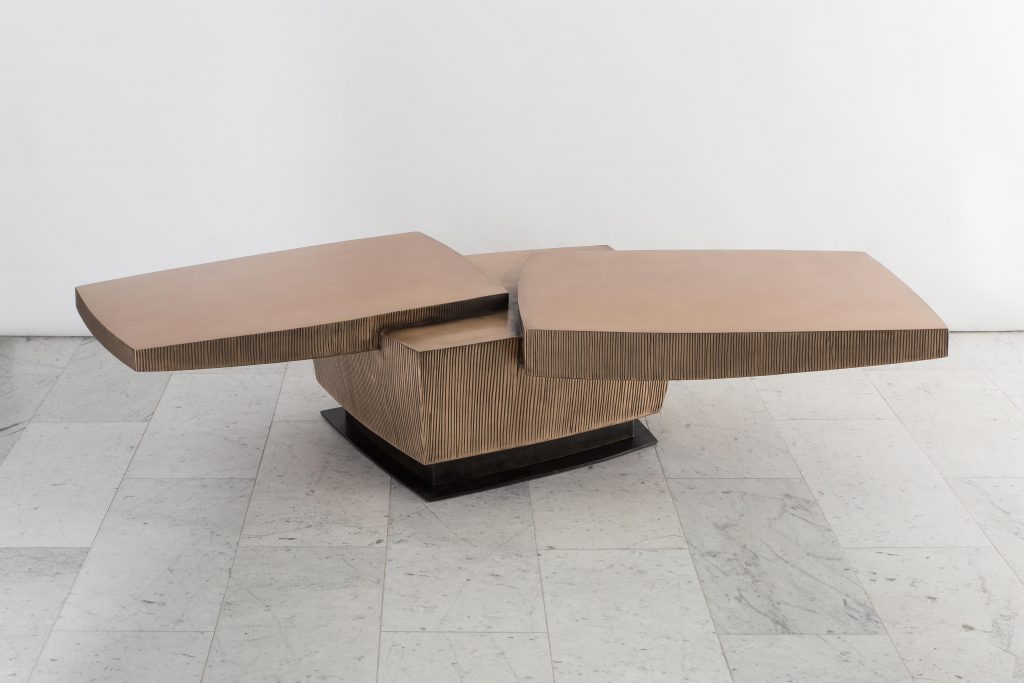 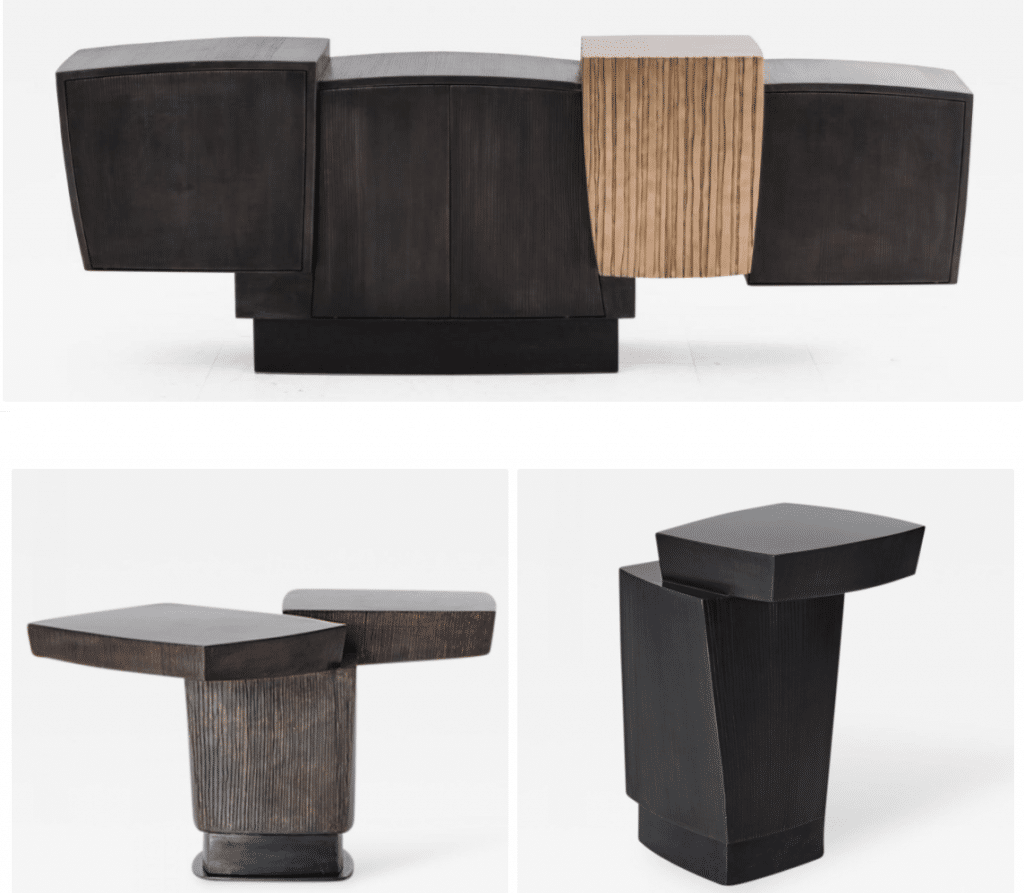 When Gary Magakis was a student at Penn State, he saw a demonstration on welding and thought to himself, “Wow, that’s really cool.”

So began his career as a maker of contemporary furniture, welding together slabs of bronze and steel to create cantilevered pieces that seem to defy the laws of physics. As a material, metal is more forgiving than wood, allowing Magakis to improvise and change tack midway through a project. The Philadelphia-based artist has likened his relationship to metal to a dance in which he imposes his will on the material—and vice versa.

“As you’re working, the metal takes you where it wants to go,” Magakis says. “Things happen, little accidents, little twists, that move you along in the creative process. If you cut [a piece of metal] too short, you just weld on another piece. You can manipulate it, grind it, bang it, bend it, color it. This is a very basic building material; empires are built on steel.”

A recent series of tables and consoles, on offer at Todd Merrill Studio, were inspired in part by the landscape encountered by Magakis when driving to his summer studio, a farm north of Scranton, Penn., at the foot of the Endless Mountains. According to the artist, these carefully calibrated forms echo the stratified rock exposed by highways cutting across the hilly terrain.

In this stacked low table made of blackened steel, he synthesizes elements of modern and contemporary furniture, channeling the effortless elegance of mid-century design into a dramatic sculpture in which the constituent slabs seem to be sliding in opposite directions. Nonetheless, this is not a work of fine art so much as a functional object meant to be integrated into a professional or domestic setting: the edges may seem sharp, but they are in fact slightly curved, leading some observers to remark that the table resembles a stack of large, flat river stones.

“I like the idea of interaction,” says Magakis. “People live with it, use it, touch it, and it becomes part of their lives. When designing furniture, there are limits that you have to work within. It has to stand, it has to function, it has to work, it can’t be sharp, it can’t fall over. These design limits restrict your options but also make you more creative, make you work a little harder.”

Magakis was taught to weld by Klaus Ihlenfeld, a studio assistant to Harry Bertoia, and uses many of the fabrication techniques favored by pioneers ofModernism like Pablo Picasso (1881–1973), Anthony Caro (1924–2013), and David Smith (1906–1965). His dynamic shapes, while fixed in place, are indebted to the kinetic sculpture of Alexander Calder (1898–1976), progenitor of the mobile. Magakis is also an admirer of Frank Lloyd Wright (1867–1959), and he traces his affinity for cantilevered forms to the architect’s “Fallingwater,” in the southwestern corner of Pennsylvania.

In his recent years, Magakis has been praised for his contributions to group shows like the Design Collective (New York, 2015) and FOG Design+Art (San Francisco, 2015), and his work has been acquired by a variety of private and institutional collectors, such as the National Museum of American Jewish History (Philadelphia), Delta Airlines (Cincinnati, Ohio) and Coca-Cola (Atlanta, Ga.). His first solo exhibition took place at Snyderman Works Gallery (Philadelphia) in 2013.