Artsy10 Artists and Designers for New Collectors to Discover at FOG Design+ArtJanuary 9, 2015 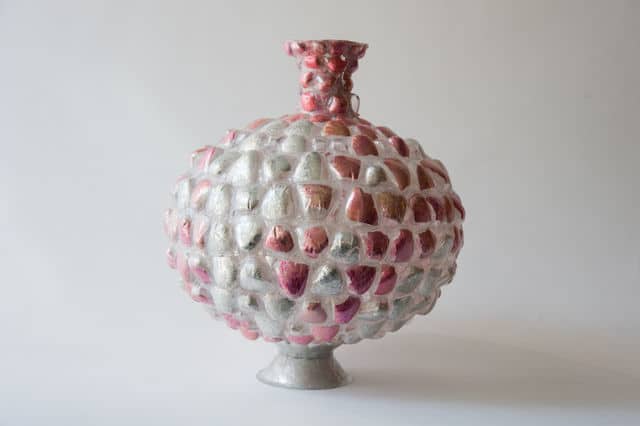 To me, San Francisco feels like L.A.’s pretty, over-achieving older sister who went to Harvard and decided to be a doctor. As much as the city is the embodiment of West Coast refinement and sophistication, it is also our nation’s seat of progressive politics. It makes for a climate that speaks to a rising group of smart collectors, interested in contemporary art for its ability to reveal tensions in poetic ways, and push boundaries without making a big New York-style fuss. Soon enough, SFMOMA will reopen its doors after undergoing a massive renovation, and the city will further assume a position as the state’s second art capital. FOG Design+Art is the city’s only event that uniquely combines contemporary art with design objects under one roof. In its second year, the fair is held at Fort Mason in the Festival Pavillion, right on the bay, with incredible views of the Golden Gate. The scale of the fair is rather intimate, with about 35 exhibitors—high quality galleries with major representation from the Bay Area as well as New York and L.A.

An art fair is the perfect place for new collectors to get their bearings. It presents a wonderful opportunity to see a high volume of art from galleries—near and far—under one roof. The dealers have put in a lot of sweat and tears to share their artist program; fair visitors can loop from booth to booth instead of trekking around the city. Take the opportunity to see what lies in store for you at the piers.

With a Pollock-Krasner Foundation grant and three New York Foundation for the Arts grants under her belt, the sculptor Mendelson is currently tackling a series inspired by ancient vessels and artifacts, which she creates from found plastic bottles and often coats in wax or resin. She’s ready for her closeup at FOG once again with a new selection of these works, as the ones exhibited at Todd Merrill’s booth last year were quickly snatched up by local collectors. Mendelson’s sculptures also reside in the collection of the Cooper-Hewitt in New York and MFA Boston.

Artsy10 Artists and Designers for New Collectors to Discover at FOG Design+ArtJanuary 9, 2015