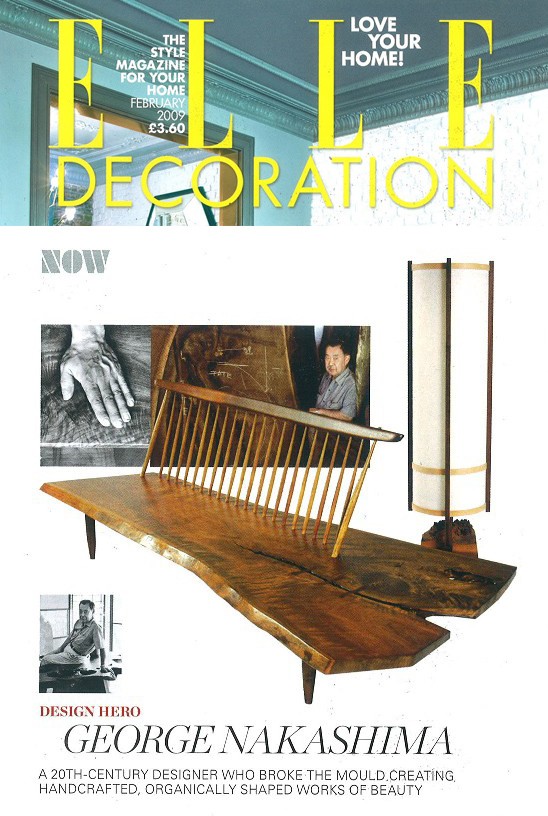 Who was he?
Born in Spokane, Washington, in 1905, George Nakashima described himself as ‘the world’s first hippie’. It’s a claim borne out of his wooden furniture’s organic aesthetic and the pre-industrial methods he employed from the Forties onwards at his studio in rural New Hope, Pennsylvania. He studied architecture at the University of Washington and design the first ever reinforced concrete building in India.

So what makes him a design hero?
He went against the grain, championing the handmade at a time when mass production was all the rage. He considered machine manufacturing to be dehumanising. ‘He avoided nails and screws dovetailing all joints by hand’ says his daughter Mira, a fellow furniture designer who’s kept her father’s studio open since his death in 1990. Influenced by his Far Eastern heritage, George was a disciple of the Japanese movement Mingei, which promoted ancient crafts and the idea that beauty was found in irregular forms.

What else did he do?
During World War Two, like many other Japanese-Americans, George fell victim to the xenophobia of the American government and was incarcerated with his wife and baby in an internment camp. But he kept working – he met a carpenter with whom he redesigned the camp to make it more habitable. Released in 1943, he moved to New Hope and began making furniture from scraps of wood carefully chosen for their knots and worm-holes, of which he made a feature. In 1945, he began a nine-year collaboration with the manufacturer Knoll, creating, among other pieces, his Shaker-esque Windsor-backed chair.

What makes him relevant today?
George valued craftsmanship above all else, and Knoll hasn’t lost its admiration for him: Mira says it’s about to reissue one of his Forties coffee tables.