Hamptons Magazine: The Todd Merrill Gallery is Back For A Third Southampton Season 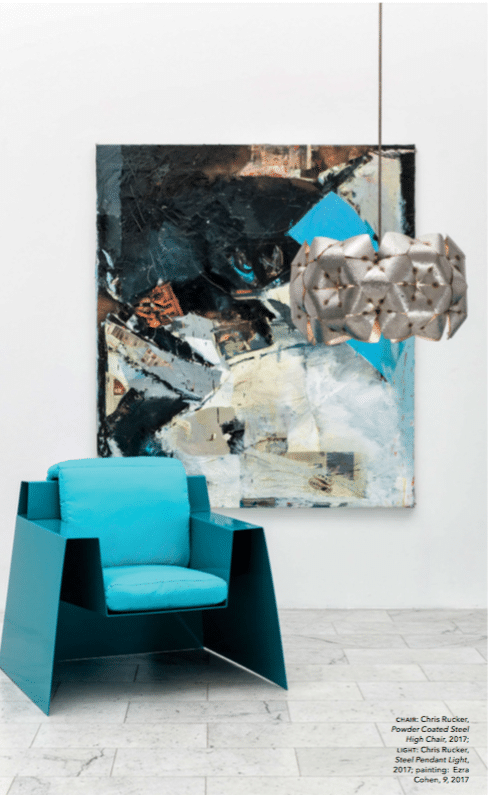 THE TODD MERRILL GALLERY IS BACK FOR A THIRD SOUTHAMPTON SEASON.
BY JULIE EARLE LEVINE

Martin’s works, often simple shapes in complex compositions, have been shown in more than 40 museum collections in the US and internationally. “Knox Martin is a legend, and one of the few remaining New York School Expressionists, [a group] that also included Jackson Pollock of East Hampton,” says Merrill. “His work is being exhibited along with that of his celebrated younger protégé, Ezra Cohen, who is an abstract Expressionist in the same style as Knox, but a much younger generation, which makes it very interesting.”

Cohen, 24, studied under Martin at the Art Students League of New York, where Martin came into his own in the 1940s. Cohen is known for his large, vibrant abstract paintings. “He has been dipped into Abstract Expressionism and has retained some of this, but there is definitely a very ‘now’ feeling to his work,” says Merrill.

Hamptons Magazine: The Todd Merrill Gallery is Back For A Third Southampton Season