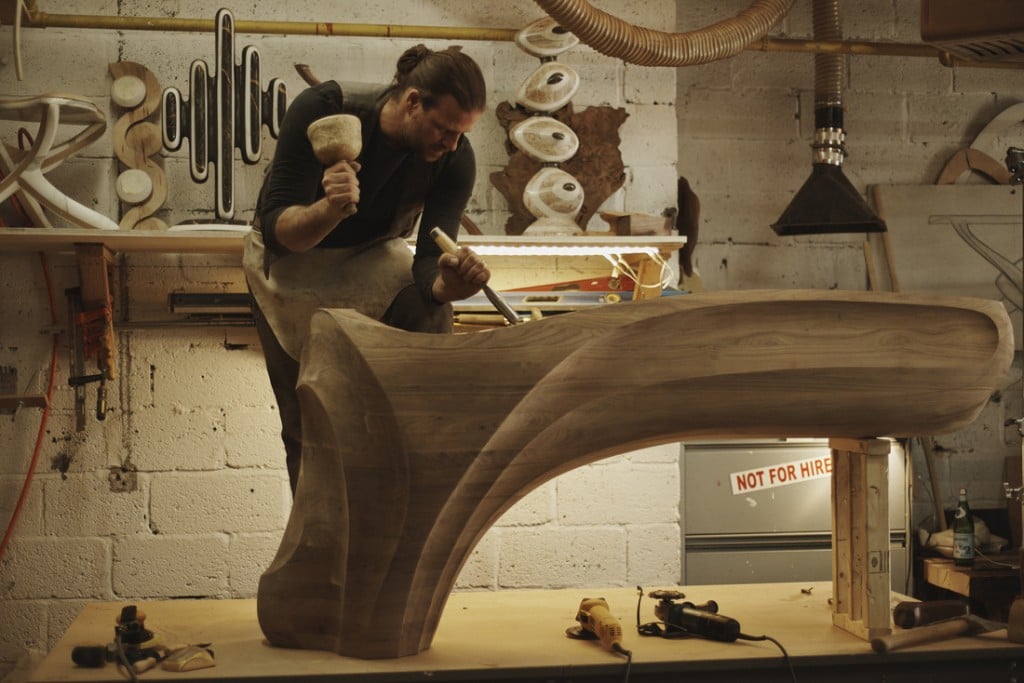 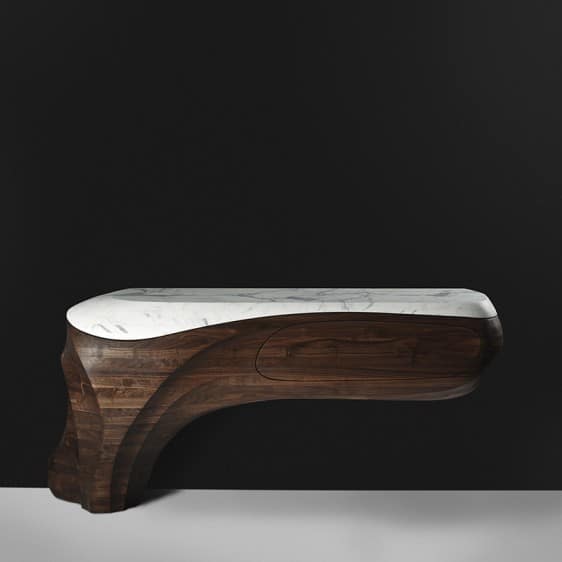 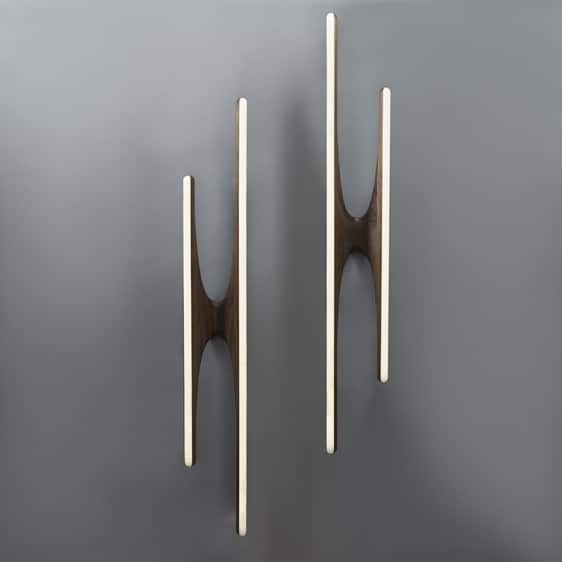 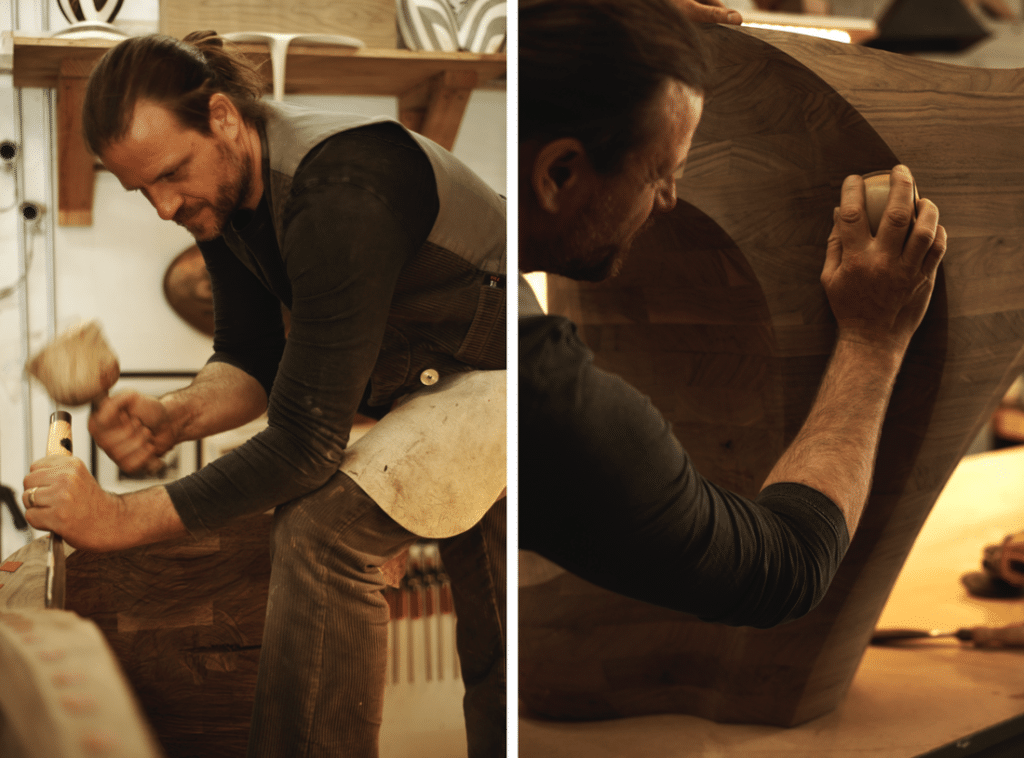 There’s something so of-the-moment about the work of Markus Haase that it’s almost hard to believe he worked for a decade on the cathedrals of Europe, creating carvings to restore pieces that were up to 1,000 years old. But when you take a closer look at the organic curves and balanced contrapposto of the wood and stone furniture created by the master carver, suddenly it all makes sense.

Haase’s work combines the rigor and craft of centuries of tradition with a desire to move forward the very limits of sculpture and design. In all of Haase’s work there is very clearly a deep reverence for the natural properties of the materials with which he works, even as he transforms them into something almost unrecognizable. At the Collective Design fair in New York, Todd Merrill Studio presents Haase’s latest work, the Bang console. Like many of his designs, the piece bridges the gap between functional object and sculpture, all while celebrating the fluidity of the undulating walnut forms that appear under a seemingly weightless top made of hand-carved marble. “Markus Haase is not making a piece of furniture that looks like art,” says gallerist Todd Merrill, “He is a sculptor making art that serves functional ends.”

With his mastery of materials, Haase makes even the heaviest of stone seem as light as liquid or air. Carved wood takes on the qualities of drapery, while marble suggests such intangible—and improbable—qualities as speed or the future. This respect for materials is evident in the various iterations of his Crossover Table, and the subtle differences between its expression in sapele and curly maple.

In his sculptural sconces, also on display at the fair, Haase brings his same thoughtful treatment to a new material: light. By shaping the stone around the fixtures, Haase manages to manipulate light itself. “The stone conducts the light and I conduct the stone,” explains Haase. “Therefore, I can now sculpt light.”