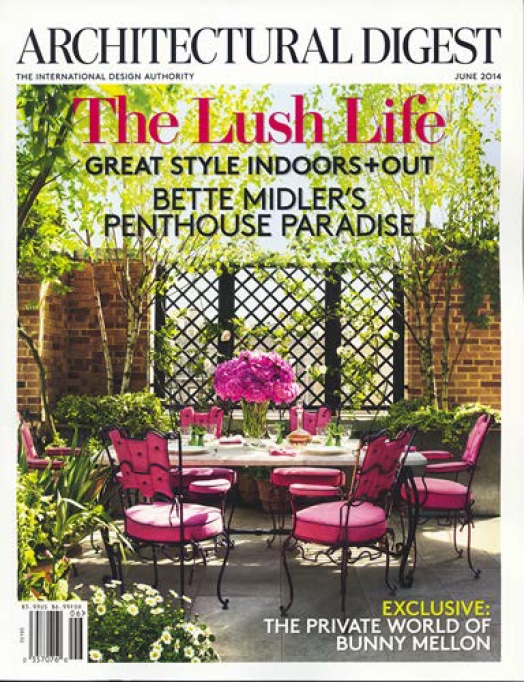 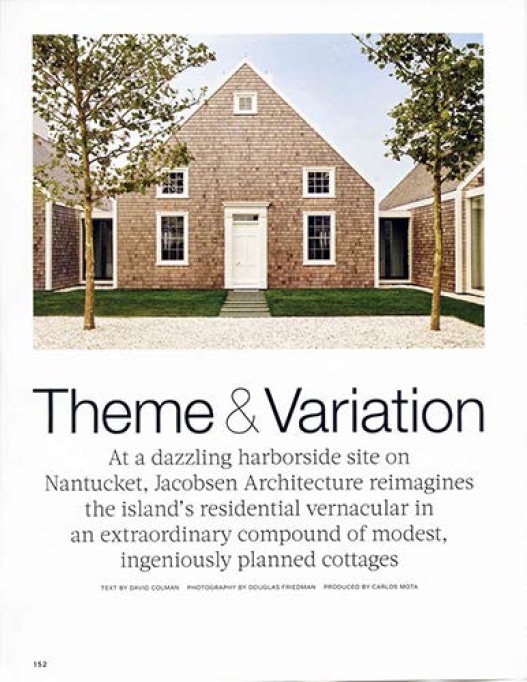 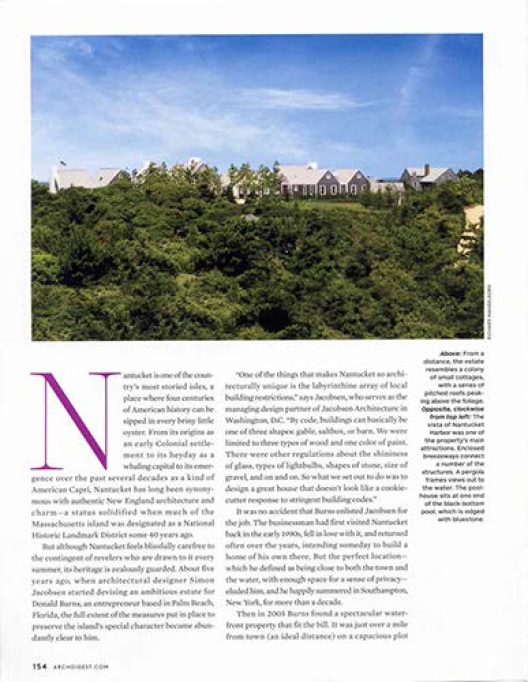 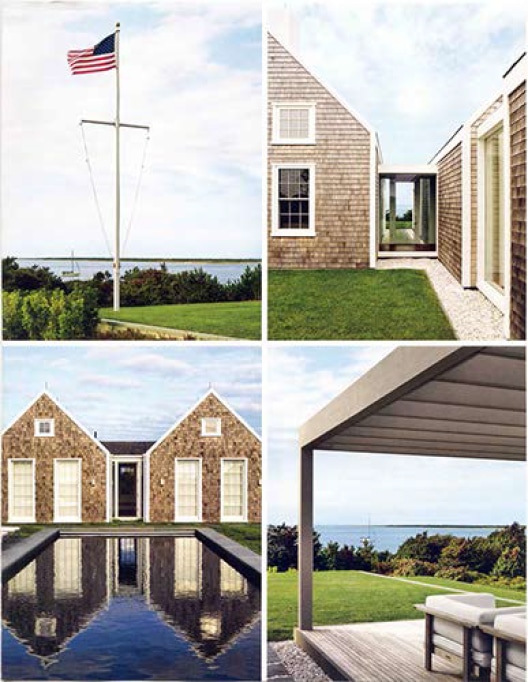 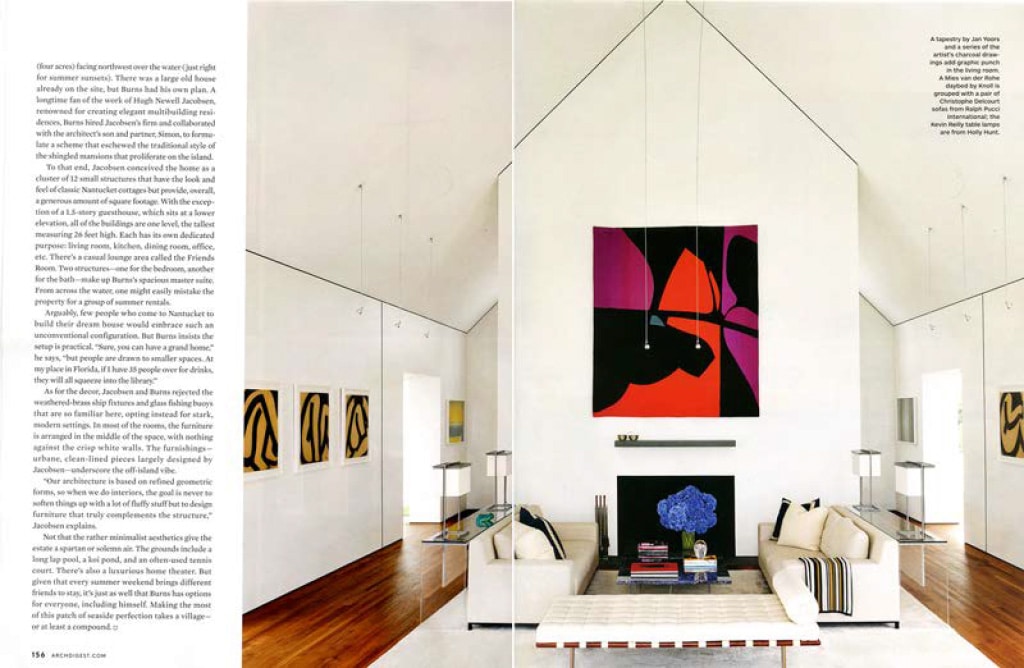 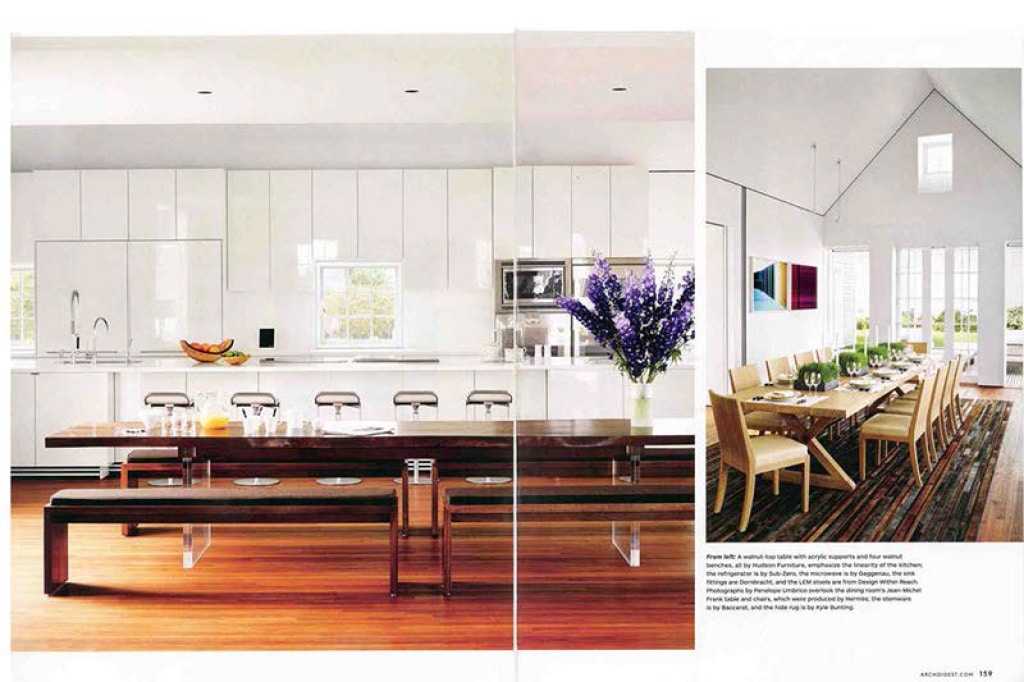 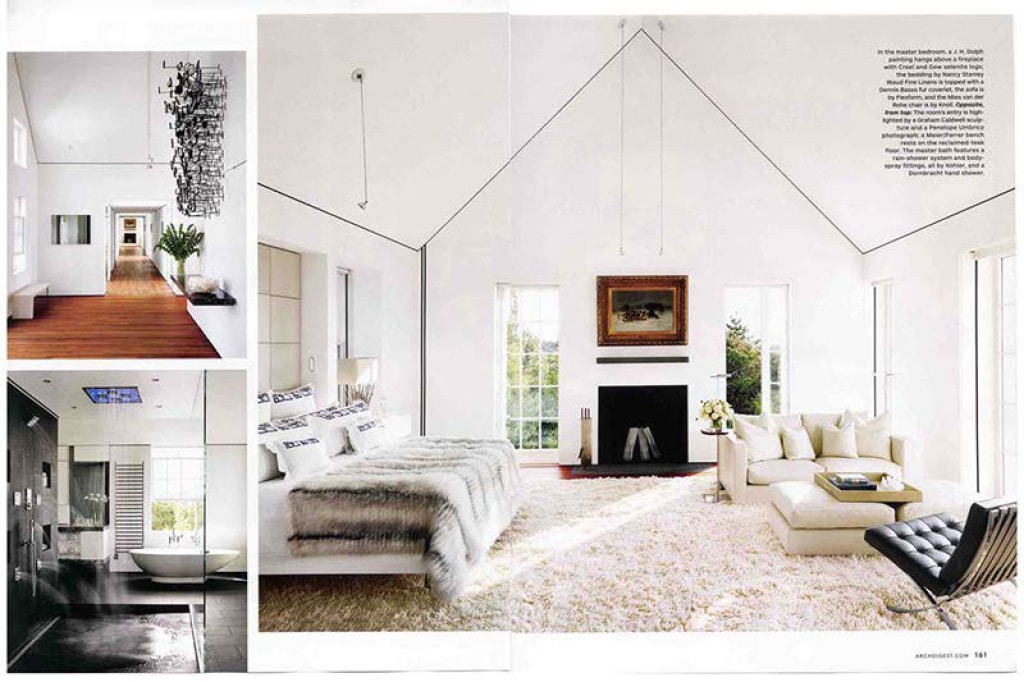 At a dazzling harborside site on Nantucket, Jacobsen Architecture re-imagines the island’s residential vernacular in an extraordinary compound of modest, ingeniously planned cottages

Nantucket is one of the country’s most storied isles, a place where four centuries of American history can be sipped in every briny little oyster. From its origins as an early Colonial settlement to its heyday as a whaling capital to its emergence over the past several decades as a kind of American Capri, Nantucket has long been synonymous with authentic New England architecture and charm—a status solidified when much of the Massachusetts island was designated as a National Historic Landmark District some 40 years ago.

But although Nantucket feels blissfully carefree to the contingent of revelers who are drawn to it every summer, its heritage is zealously guarded. About five years ago, when architectural designer Simon Jacobsen started devising an ambitious estate for Donald Burns, an entrepreneur based in Palm Beach, Florida, the full extent of the measures put in place to preserve the island’s special character became abundantly clear to him.

“One of the things that makes Nantucket so architecturally unique is the labyrinthine array of local building restrictions,” says Jacobsen, who serves as the managing design partner of Jacobsen Architecture in Washington, D.C. “By code, buildings can basically be one of three shapes: gable, saltbox, or barn. We were limited to three types of wood and one color of paint. There were other regulations about the shininess of glass, types of lightbulbs, shapes of stone, size of gravel, and on and on. So what we set out to do was to design a great house that doesn’t look like a cookie-cutter response to stringent building codes.”

It was no accident that Burns enlisted Jacobsen for the job. The businessman had first visited Nantucket back in the early 1990s, fell in love with it, and returned often over the years, intending someday to build a home of his own there. But the perfect location—which he defined as being close to both the town and the water, with enough space for a sense of privacy—eluded him, and he happily summered in Southampton, New York, for more than a decade.

Then in 2005 Burns found a spectacular waterfront property that fit the bill. It was just over a mile from town (an ideal distance) on a capacious plot (four acres) facing northwest over the water (just right for summer sunsets). There was a large old house already on the site, but Burns had his own plan. A longtime fan of the work of Hugh Newell Jacobsen, renowned for creating elegant multibuilding residences, Burns hired Jacobsen’s firm and collaborated with the architect’s son and partner, Simon, to formulate a scheme that eschewed the traditional style of the shingled mansions that proliferate on the island.

To that end, Jacobsen conceived the home as a cluster of 12 small structures that have the look and feel of classic Nantucket cottages but provide, overall, a generous amount of square footage. With the exception of a 1.5-story guesthouse, which sits at a lower elevation, all of the buildings are one level, the tallest measuring 26 feet high. Each has its own dedicated purpose: living room, kitchen, dining room, office, etc. There’s a casual lounge area called the Friends Room. Two structures—one for the bedroom, another for the bath—make up Burns’s spacious master suite. From across the water, one might easily mistake the property for a group of summer rentals.

Arguably, few people who come to Nantucket to build their dream house would embrace such an unconventional configuration. But Burns insists the setup is practical. “Sure, you can have a grand home,” he says, “but people are drawn to smaller spaces. At my place in Florida, if I have 35 people over for drinks, they will all squeeze into the library.”

As for the decor, Jacobsen and Burns rejected the weathered-brass ship fixtures and glass fishing buoys that are so familiar here, opting instead for stark, modern settings. In most of the rooms, the furniture is arranged in the middle of the space, with nothing against the crisp white walls. The furnishings—urbane, clean-lined pieces largely designed by Jacobsen—underscore the off-island vibe.

“Our architecture is based on refined geometric forms, so when we do interiors, the goal is never to soften things up with a lot of fluffy stuff but to design furniture that truly complements the structure,” Jacobsen explains.

Not that the rather minimalist aesthetics give the estate a spartan or solemn air. The grounds include a long lap pool, a koi pond, and an often-used tennis court. There’s also a luxurious home theater. But given that every summer weekend brings different friends to stay, it’s just as well that Burns has options for everyone, including himself. Making the most of this patch of seaside perfection takes a village—or at least a compound.
Tour the grounds and interiors of this spectacular Nantucket compound.