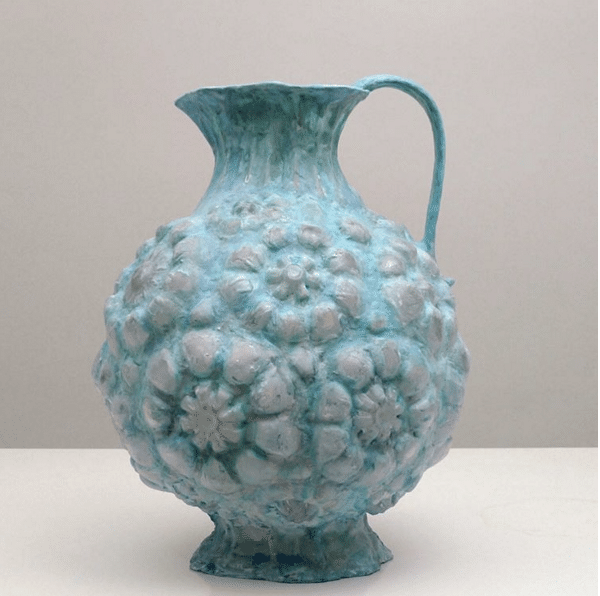 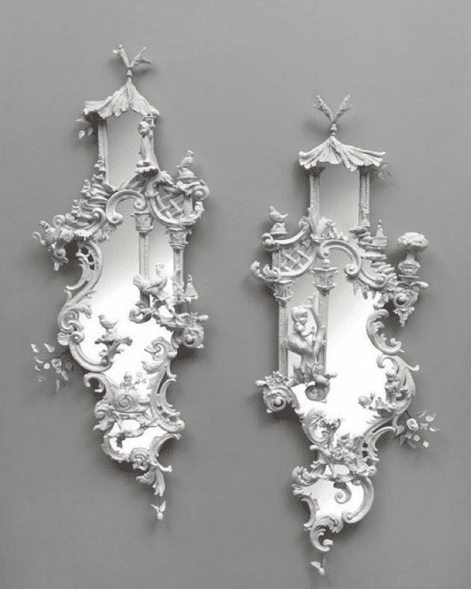 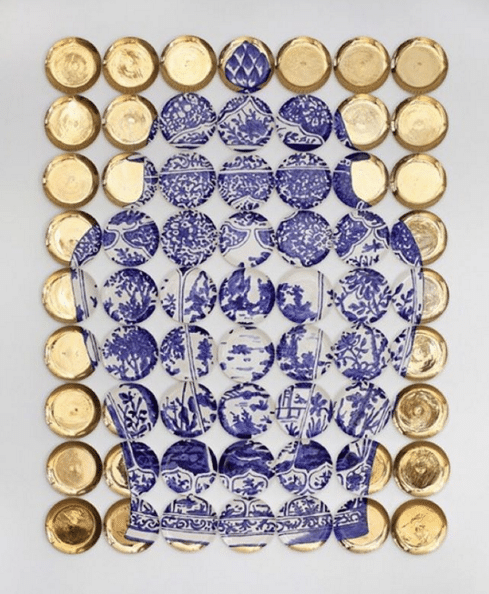 The Winter Antiques Show (WAS), which is often thought of as a mink coat convention attended by the likes of Martha Stewart and a coterie of Upper East Side social types, continues to surprise us with its unexpected emphasis on, well, the unexpected. The fair, which is held at the Park Avenue Armory from January 22–31, has begun to earnestly integrate modern and contemporary art and decor alongside the antiques it’s best known for, resulting in an appealing hodgepodge of style and period that’s worth paying attention to.

The show isn’t a destination to discover hot new artists—yet—but if you’re looking for design objects by the biggest names in modern art, you’ve come to the right place. And you just may find some other surprises along the way.

At Sylvia Powell Decorative Arts, brightly-colored, editioned glass sculptures by the likes of Picasso, Chagall, and Cocteau dominate. “We’re very fortunate to have this collection,” said director Marc Murray. “We’ve sourced them over the course of several years . . . some of these Picassos are from the collections of Jacqueline [Roque, Picasso’s late wife] and Marina [Picasso].”

It is the London-based gallery’s first time at WAS, though they’ve attended the New York Ceramics and Glass Fair for 13 years, and will do the Spring Masters fair this May. “It’s one we’ve had our eye on for a long time, and we have a lot of colleagues who do it who say it’s really the only one to do. We applied several years ago, and it was a waiting game—you almost have to wait for someone to die or do really bad business,” Murray said laughing.

For Michael Goedhuis Gallery, which has locations in both New York and London, it’s more like a homecoming. After participating in the fair decades ago, they decided to shift their focus towards contemporary Chinese art, and found there was no longer a place for them at WAS. “But,” Goedhuis says happily, “they’ve asked us back this year.”

Abstract paintings by contemporary artist Wei Ligang ably balance the dynamic and the delicate, and contrast well with the many 20th Chinese and Japanese bronzes situated below them. Ligang, a math professor turned painter, is one of the most acclaimed Chinese artists working today and the star of Goedhuis’s roster.

If the offerings at Todd Merrill Studio look like they would be more at home at a hip contemporary design fair, it’s because you’ve probably seen them there. The New York-based design dealer has shown at Collective Design, FOG Design + Art, and Design Miami. This is their first year at WAS.

The highlight of the booth is a blue, white, and gold “plate painting” by Molly Hatch, who re-contextualized a pattern from a 19th century French archival vase she spotted at the Met, laboriously painting it over 63 hand-thrown ceramic plates arranged on the stark white wall. In a close second are Shari Mendelson’s candy-colored jugs, vessels, and vases that are, unbelievably, not glass or ceramic but plastic sourced from discarded bottles and wrappers.

The fair’s biggest surprise, however, is at the otherwise unassuming booth of the Fine Art Society of London, which chiefly specializes in 19th and 20th century British art but has on prominent display two Chris Levine portraits of Kate Moss. The hologram-inspired lightbox photographs have graced the walls of many a contemporary art fair, but they look delightfully out of place at the show in a way that really heightens their appeal.

“We carry everything from 1870 to current day, and Chris Levine is our main contemporary artist—we’re really very keen to keep on showing the range that we’re showing,” said managing director Pippa Stockdale. “I think it’s important, especially in the gallery, that there be something for everyone.”

Indeed, even as modern and contemporary art continues to permeate the fair, it’s never at the expense of antiques. If anything, finding the more recent works is akin to a scavenger hunt. And sometimes, the pieces blend so well with their surroundings, you’d have to read the wall label to notice that they happen to be from this decade.