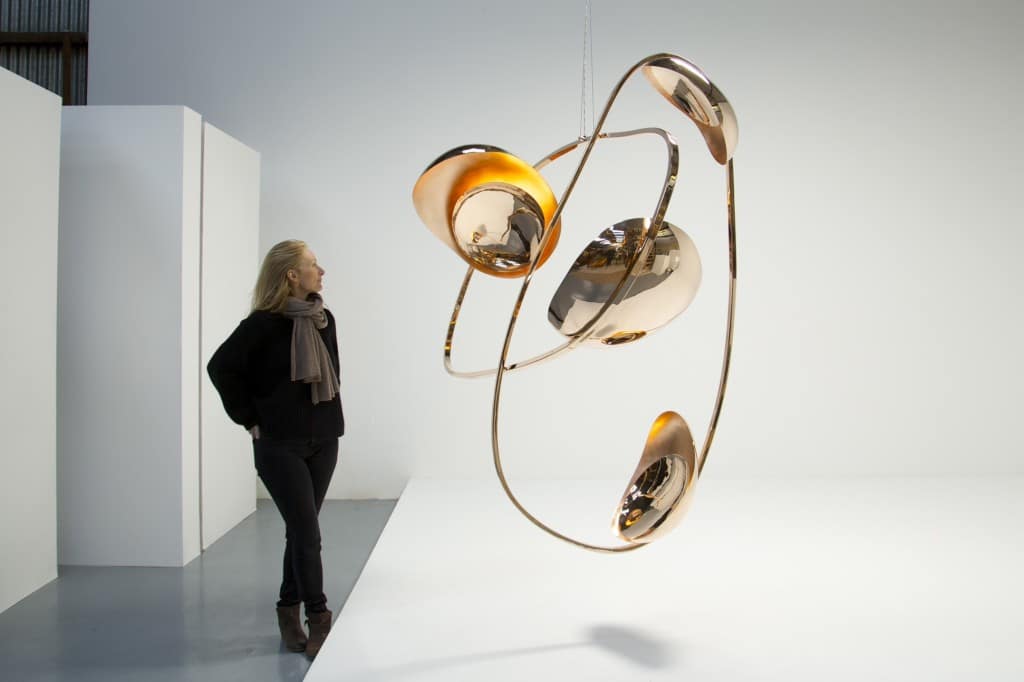 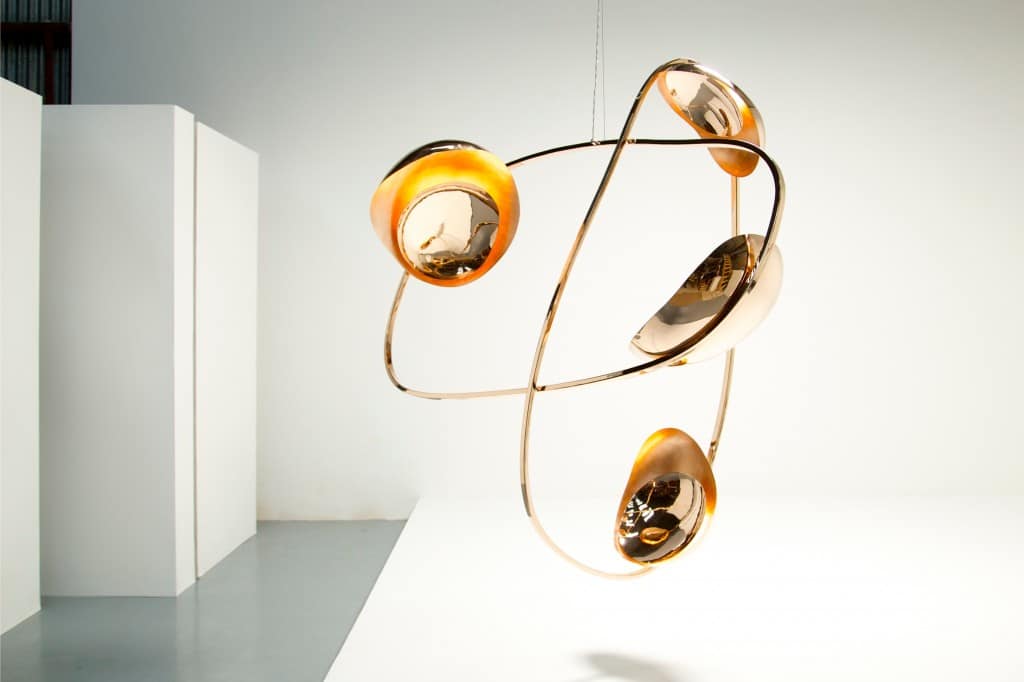 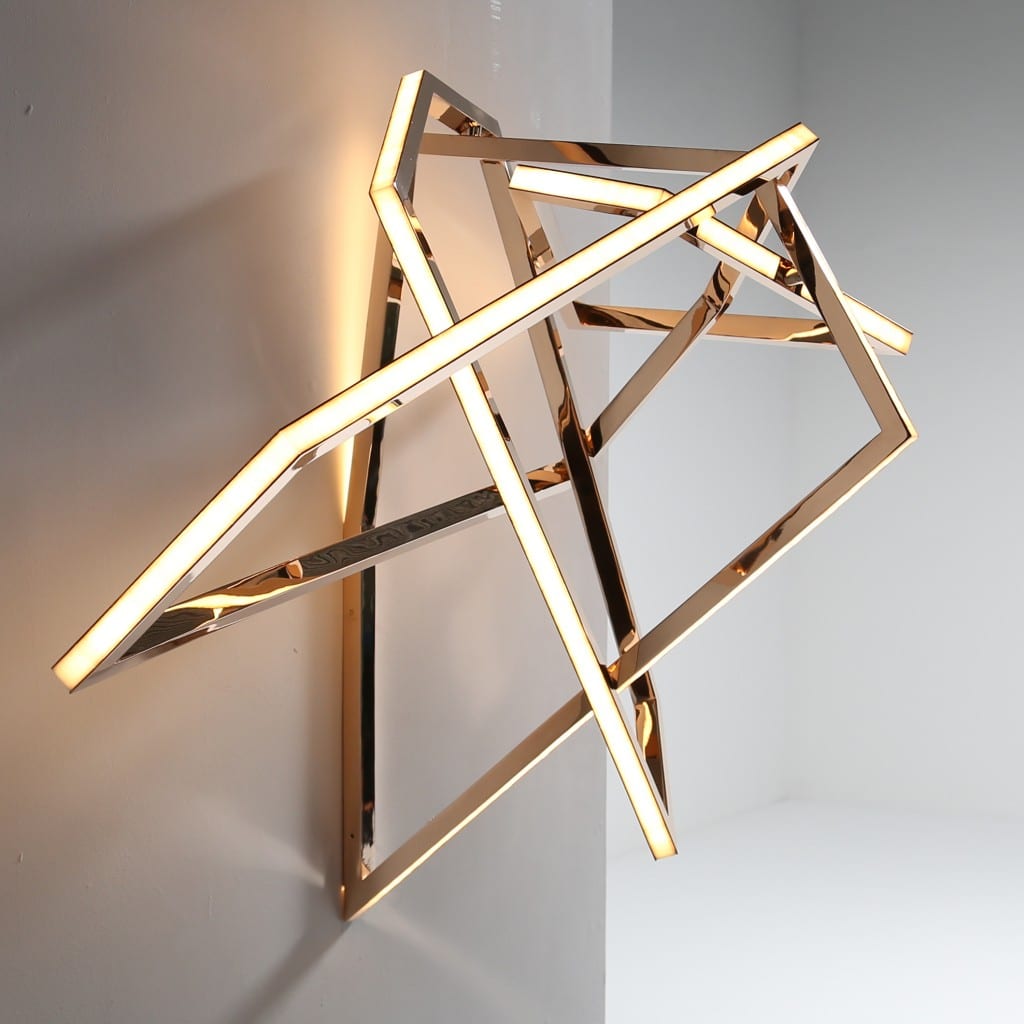 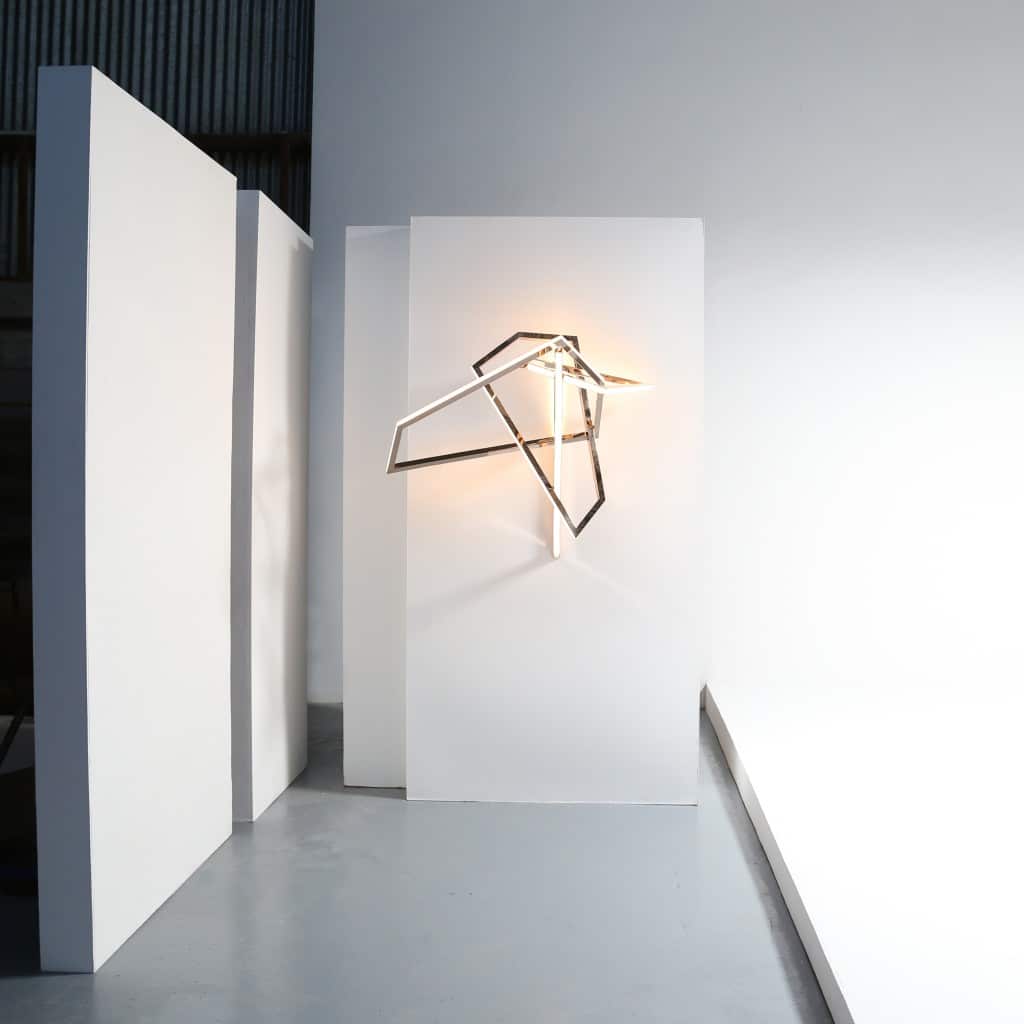 It’s an illusionist’s feat to make solid metal seem weightless, warm, and organic. It’s a similarly exceptional achievement to pass this trick off as effortless. Irish light sculptor Niamh Barry accomplishes these deeds with Counterpoise (2014), an installation conceived exclusively for Todd Merrill Studio Contemporary, which will make its debut at The Salon: Art + Design at New York’s Park Avenue Armory.

Counterpoise is composed of suspended intertwining solid bronze rings, polished to a mirror finish, along which float large vessels, also realized in a highly polished bronze. Barry completes a series of exploratory sketches before beginning the long process of shaping the rings, which she fashions by hand rather than casting, and this step is clear in her work. The rings are deliberately but imperfectly formed and their undulating curves suggest the hand of the artist, but also lend them an organic quality. The vessels have a similarly organic character. Gently curving domes lit from within (Barry is best known for skillfully integrating light sources into her sculpture) with a soft glow warmed by the luster of the bronze, the vessels have an appearance of the subaquatic—jellyfish hovering languidly—or the cellular. Barry’s earlier work was influenced by forms from the natural world, such as marrow bones and carnivorous flowers. With Counterpoise, Barry presents something more abstract and intuitive, but there is at its core a feeling of life.

Another work by Barry, Gesture (2014), appears alongside Counterpoise. A wall-mounted, polished bronze light sculpture, Gesture is the second in a series of angular pieces that Barry has described as “captur[ing] the essence of masculinity.” Like Counterpoise, Gesture was hand-wrought. Instead of curving rings, it’s a zig-zag of perfect edges and acute corners, linear forms that are satisfying to inspect. One side is defined in opal glass and, when illuminated, the piece appears to be intensely highlighted rather than emitting light itself, and its shadows become deeper. The effect is subtle and very pleasing, a real trick of form and light.