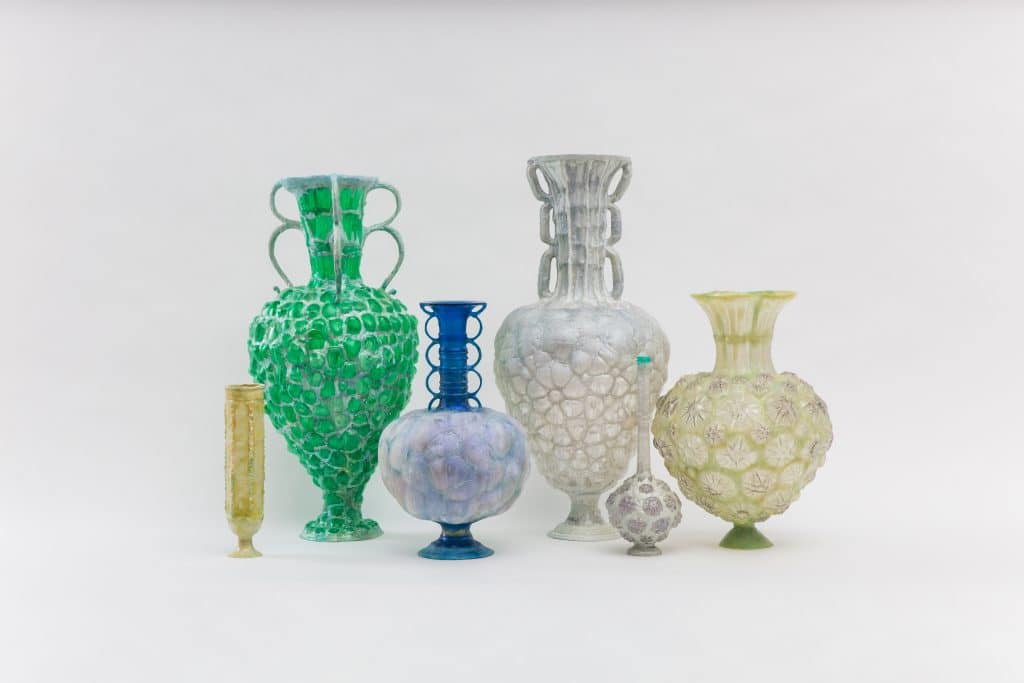 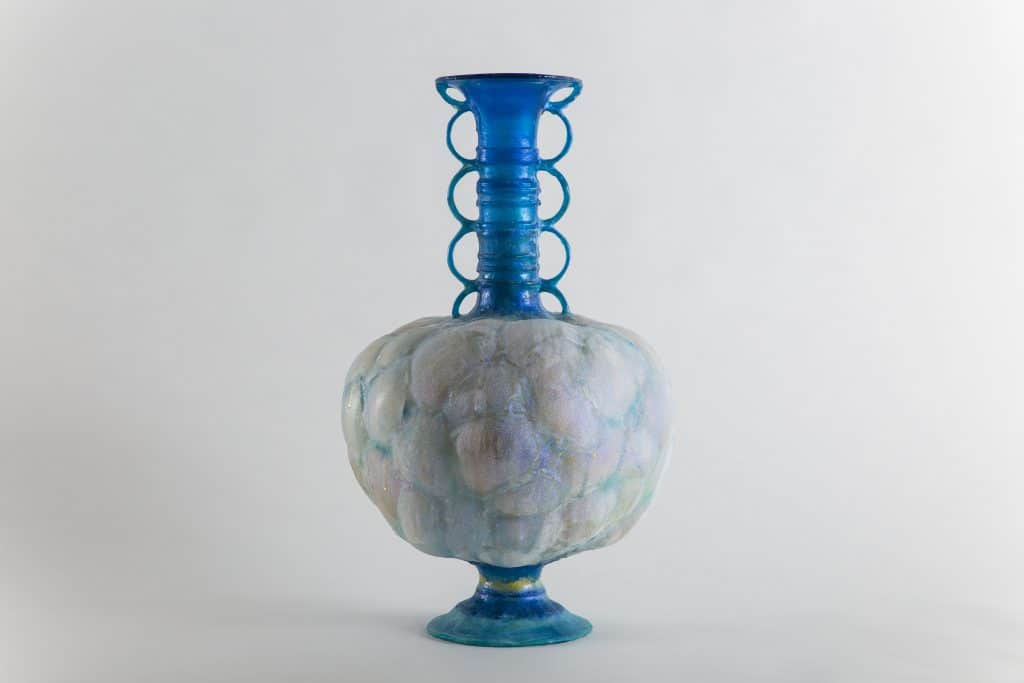 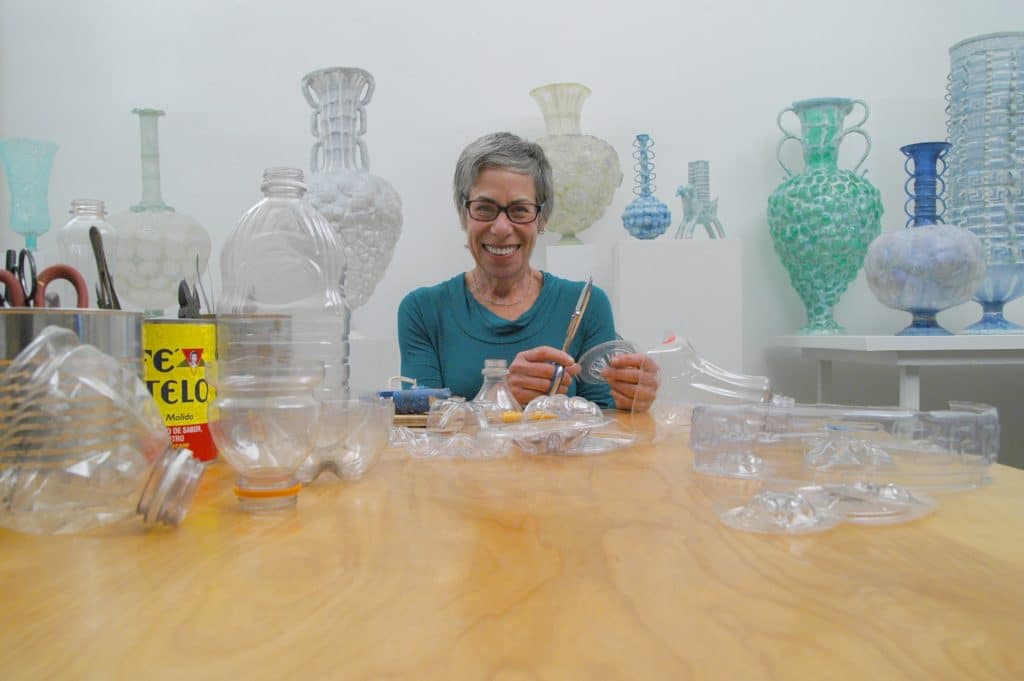 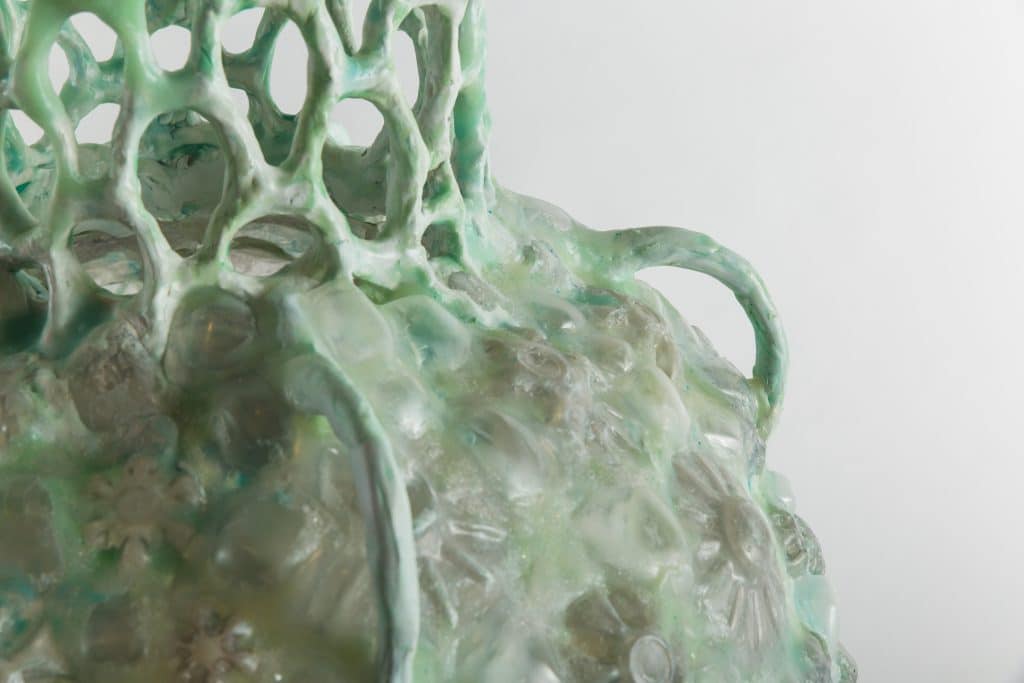 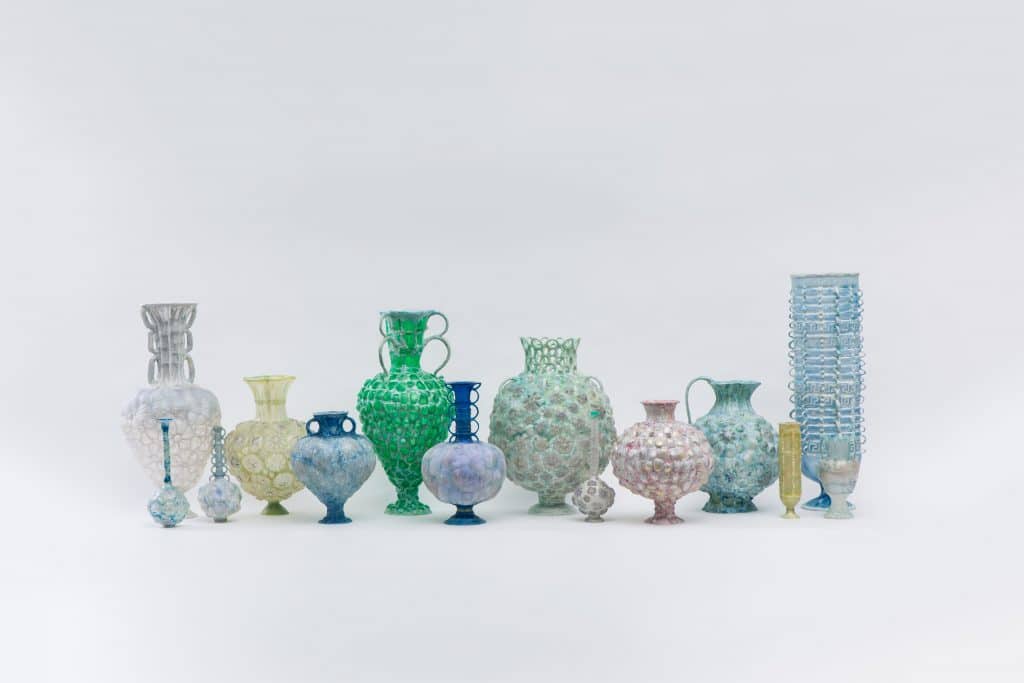 Todd Merrill Studio will mount its first solo exhibition of Williamsburg, Brooklyn based artist Shari Mendelson. The exhibition will open on Wednesday, December 14 and run until January 13. 2017. The exhibition will include new works ranging in size from small to large. A full color catalogue will accompany the exhibition and will be available for purchase. Following the show at Todd Merrill Studio the works will be shown at the 2017 Winter Antiques Show running from January 20 – 29th, 2017 at the Park Avenue Armory in New York City.

Using recycled plastic artist Shari Mendelson creates work that references the legacy of past civilizations while bringing up modern issues of sustainability. By transcending their original utilitarian form to appear as fragile glass, the works express a timeless continuum of what we, as a culture, leave behind. Mendelson spends hours studying ancient artifacts such as Greek, Roman, and Islamic glass and ceramic vessels on view at various museums such as the Metropolitan Museum of Art. With equal parts reverence and play, she reinterprets these ancient works in plastic. Some of her pieces are a close facsimile of the original; others evolve out of the working process and take on a form of their own. Her pieces are coated with glaze-like layers of resins, polymers and paint that alter the color of the plastic, vary the levels of transparency and opacity, and emphasize or obscure the original material. At first glance her work might look like the glass or ceramic on which it is modeled yet upon closer inspection, a logo, a familiar embossed pattern or an expiration date reveals the actual plastic material. Conceptually, Mendelson is interested in the relationship between the rare, ancient works that we value in museums and our contemporary throwaway plastic culture. Formally, her interest is in the exploration of structure, form, scale, texture, color, opacity and translucency. The resulting works are whimsical, diaphanous, rough-hewn, and surprisingly elegant vases and pitchers.

“I think about the great civilizations that have risen and fallen and what the remaining objects of our time will say about us to future civilizations,” Mendelson has said.  “It helps bring attention to the fact that plastic bottles—as these ancient vessels once were—are the symbols of our time.”

The lifespan of plastic bottles contradict their ephemeral purpose. It can take millennia for plastics to biodegrade, which begs the question, Is Shari Mendelson single handedly salvaging our legacy?

Mendelson’s vessels reside in several public collections, including The Cooper Hewitt National Design Museum (New York, NY), The Hood Museum, of Art (Hanover, NH), The Museum of Old and New Art (Tasmania, AU). Her works can be found on permanent exhibition at The Museum of Fine Arts Boston (Boston, MA) and The RISD Museum (Providence, RI).