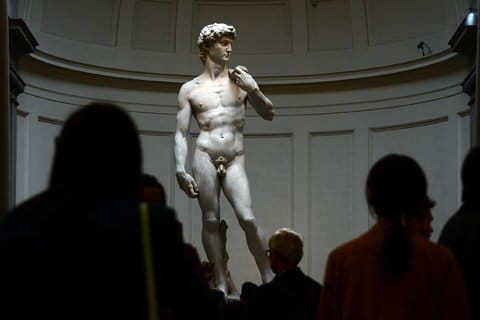 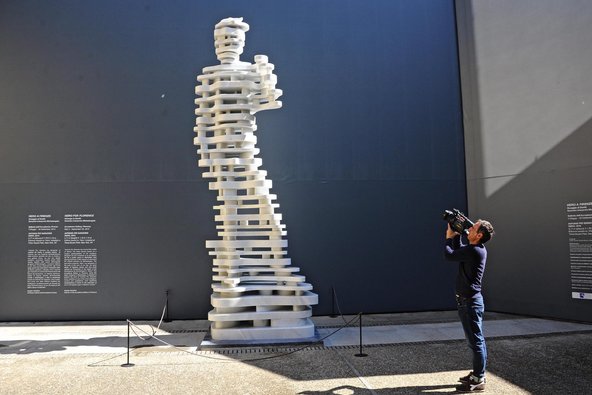 ROME – Until mid-September, visitors to the Accademia Gallery in Florence will be able to see two Carrara marble statues of David for the price of one.

One is the Michelangelo masterpiece, which has been displayed at the gallery since 1873. The other, on a nearby patio, is a modern tribute to the Renaissance sculpture by the Italian architect and designer Antonio Pio Saracino titled “Hero,” an apt homage to a work conceived 500 years ago to represent Florentine independence and virtue.

Michelangelo’s statue originally stood in front of the Palazzo della Signoria, the civic center of the city. Mr. Saracino also conceived his “Hero” for a public space: the statue already has a doppelgänger in Manhattan at Three Bryant Park, commissioned two years ago by the Italian government and the Italian energy company Eni “to symbolize friendship between Italy and the United States,” according to a news release.

“This one is much taller than the one in Three Bryant Park,” Mr. Saracino said. “It’s much more powerful, more striking.”

“Hero” and Michelangelo’s statue were both carved in white marble extracted from a quarry now known as the Michelangelo quarry in Carrara, in Northern Tuscany, a choice “that ennobled” Mr. Saracino’s piece, said Angelo Tartuferi, the Accademia Gallery’s director.

Over the centuries other artists have turned their hand to interpreting Michelangelo’s masterpiece. Mr. Tartuferi said he had been especially convinced by Mr. Saracino’s “architectonic interpretation” of the sculpture.

The layered architectural elements of the piece – which allow viewers to see through it — reinforced the “concept of transparency and openness,” Mr. Saracino said in a telephone interview.

“The idea of an inner force that inspires humans,” he added. “That’s when I came up with idea of hero.”

It is not the first time, either, that the Accademia has hosted modern artists. “Contemporary art is at home in the Galleria, we have often contrasted the antique with the contemporary,” Mr. Tartuferi said.

After its stint in Florence, the statue is expected to go on show at Expo Milano 2015, the world’s fair that opened last week.