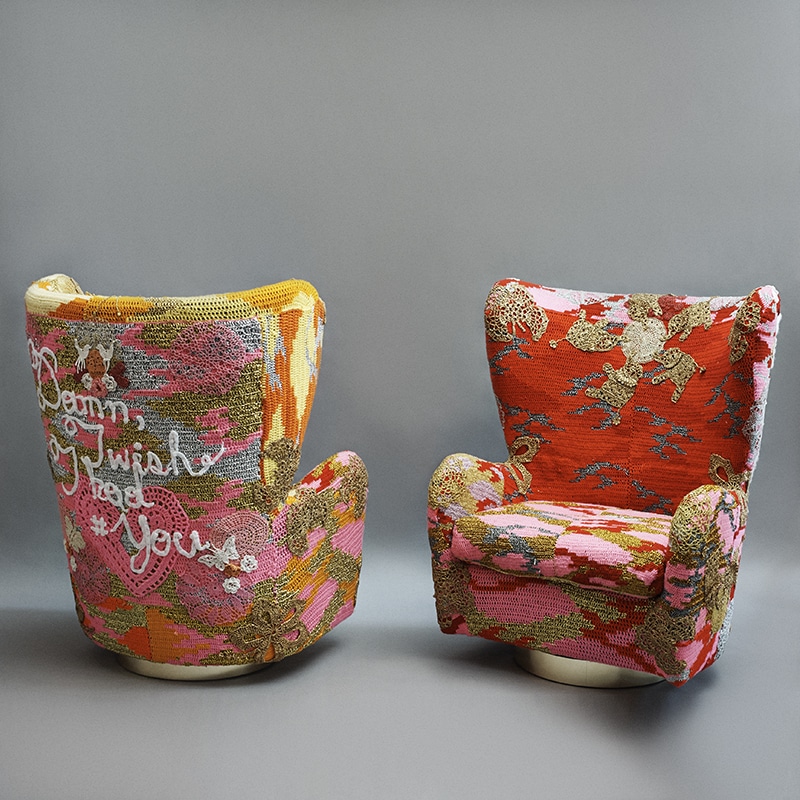 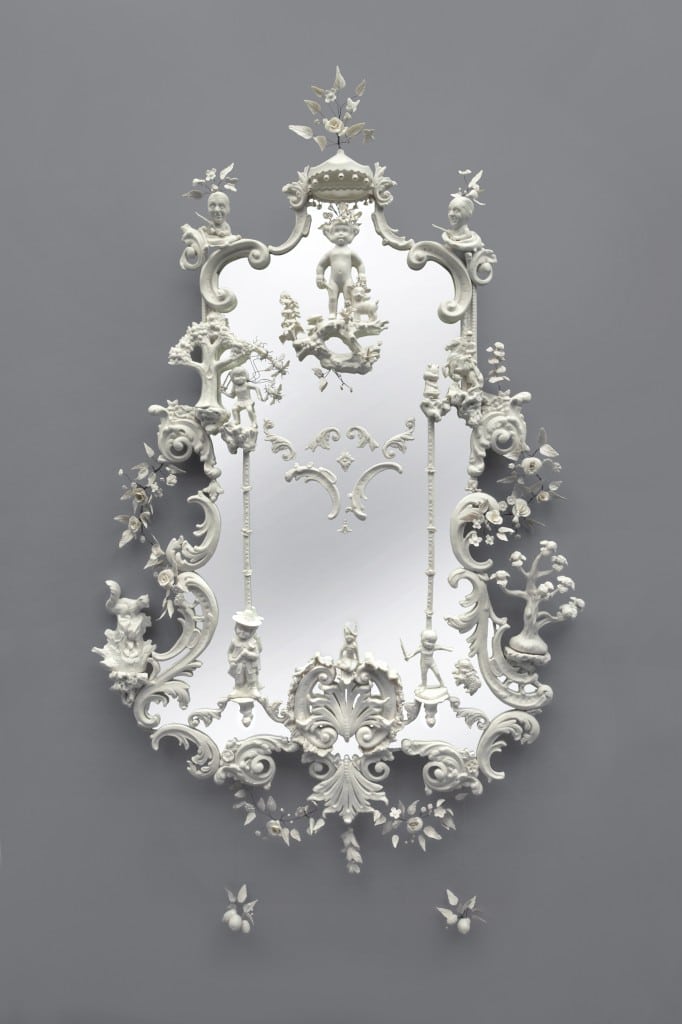 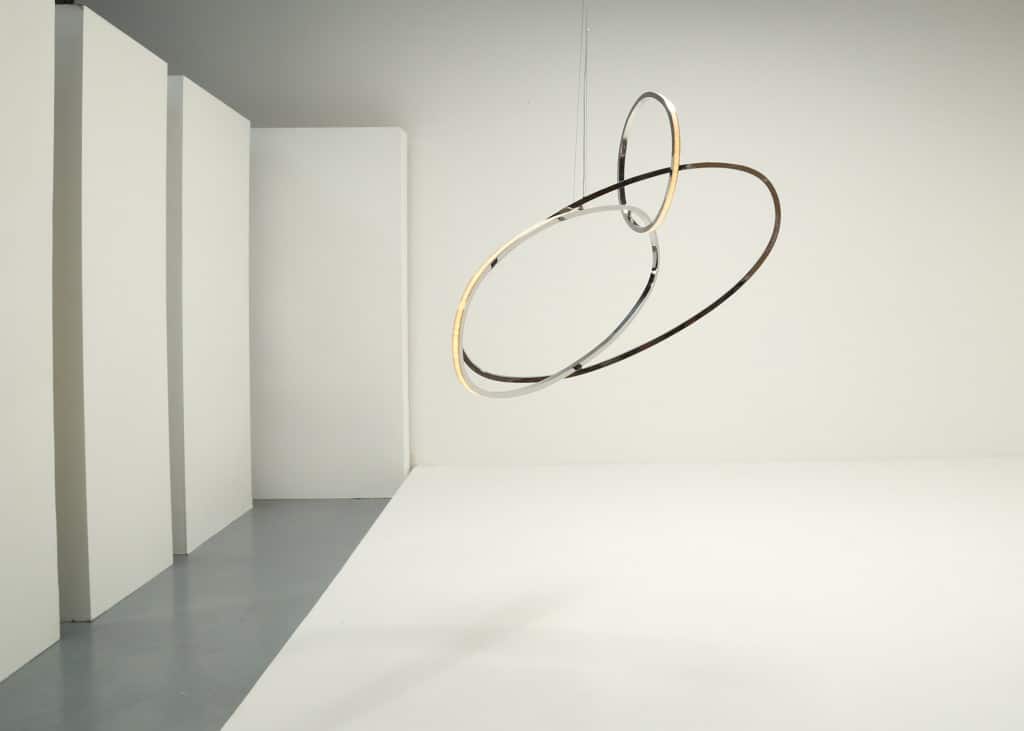 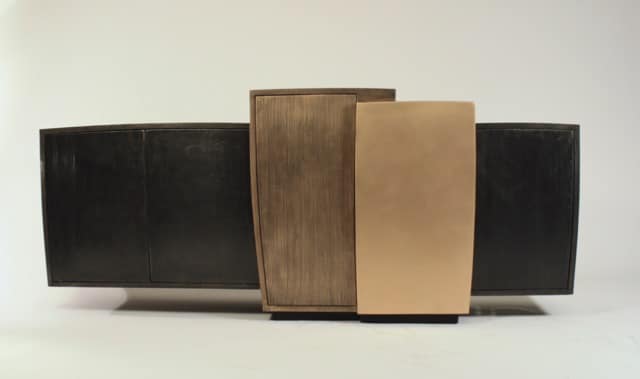 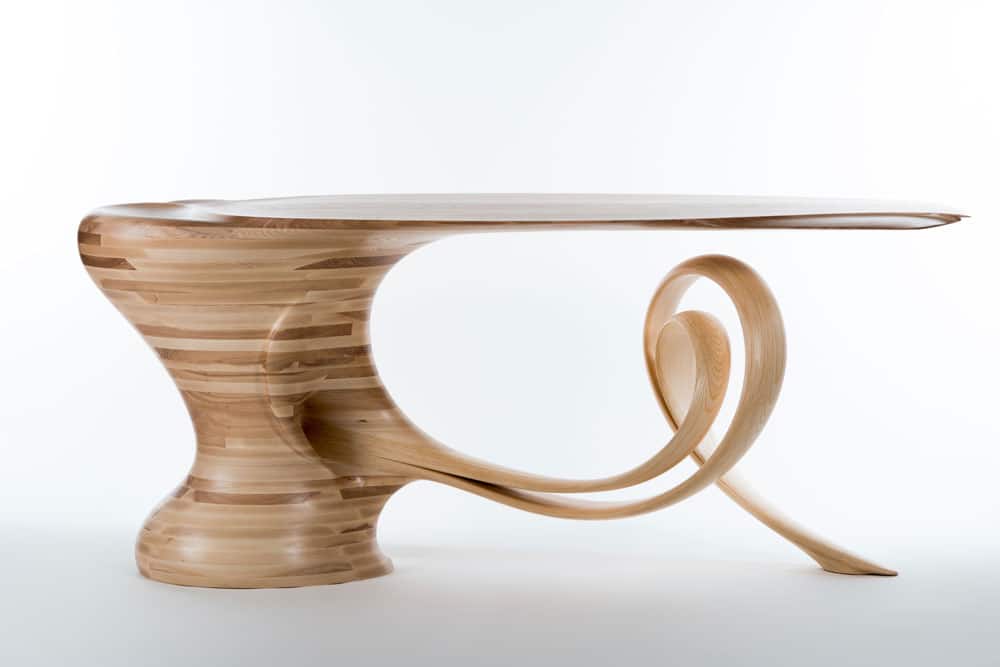 Todd Merrill Studio Contemporary is pleased to participate at the third annual Collective Design Fair in New York City. The booth will unveil a collection of new works by OLEK, Beth Katleman, Niamh Barry, Markus Haase, Molly Hatch, K. Gretchen Greene, Shari Mendelson, Robert Scott, and Gary Magakis. While each artist works with his or her own unique material—be it textile, porcelain, marble, wood, metal, plastic, or LEDs— their joint curation relies upon a shared drive to push that chosen medium to its absolute aesthetic limit. The result: a dynamic exhibition of hand-made objects that occupy an increasingly relevant grey space between art and design.

Todd Merrill Studio is thrilled to showcase its new work with OLEK, an artist renowned worldwide for her monumental, colorful hand-crocheted installations. The booth will feature four unique Swivel Thrones, a Todd Merrill Custom Originals design created specifically as a canvas upon which OLEK has intricately crocheted by hand. The thrones come with direct museum provenance; prior to Collective, they were exhibited as part of OLEK’s installation at the Brooklyn Museum. Oversized proportions and curvaceous, kingly forms render the thrones extremely comfortable, while a swivel mechanism allows for the intricate crochet artwork and shimmering appliqués to be experienced at 360 degrees with ease.

Todd Merrill Studio will also present works by Beth Katleman, Molly Hatch, and Shari Mendelson who, like OLEK, simultaneously use and then deconstruct past artistic and decorative traditions.

The booth will debut a pair of exuberant porcelain mirrors by Katleman that reference literature and traditional design through a contemporary narrative that is all her own.  Inspired by Nabokov’s Lolita, The Enchanted Hunters: Wood Nymph is composed of porcelain trinkets and icons from popular culture.  Delicate handmade roses and the Chinese Chippendale-style pagodas lure the viewer in, only to reveal a more subversive agenda.   A siren in tennis clothes battles a swarm of bees, an enchanted hunter (or, Curly of the Three Stooges) chances upon sleeping beauty in the forest, and a plush lamb cavorts in a forest of magic mushrooms, adding to the hallucinogenic reverie. These pieces follow her first critically acclaimed mirror, Hotel Mirana (2014), from her exceptional repertoire of three-dimensional porcelain wallpapers and installations. They can be hung separately or as companion pieces.

The gallery will also exhibit a collection of hand-sculpted works that push the boundaries of organic materials including wood, metal, and stone.

Illuminating the booth will be Niamh Barry’s newest light sculpture, The Sum of One and Two II, her second work ever rendered in steel. Composed of Barry’s signature floating hand-formed rings and glass opal tiles, the piece perennially glows with dimmable LEDs. The sinuous, glamorous sculpture, takes on completely different forms and light levels depending upon the angle from which it is viewed.

The newest in Magkis’ series of consoles as currently featured in this month’s Financial Times’ How to Spend It is a blackened steel and satin-finished, textured, patinated bronze console. This work epitomizes the sculptor’s distinct approach to creating bold and dense geometric forms that exude an elegant, buoyant aesthetic of Modernism. At once a functional case piece and work of art, the console is designed to float in the room and be experienced from every angle. Visually extending the intricacies of Magakis’ mixed metal aesthetic will be K Gretchen Greene’s Reef Table; made of welded steel, lacquer, and plasma cutting techniques, it recalls the organic forms and sinuous movements of water. The base can be assembled in various ways, with its four pieces tightly, or more broadly spaced apart.

A walnut and marble console, the newest hand-carved piece by sculptor Markus Haase will be exhibited alongside a magnificently carved ash table by Robert Scott. These works are sculptural as well as useful objects that attest to Todd Merrill Studio’s program to promote and exhibit hand-made, contemporary feats in art and design.

On the occasion of the Salon: Art + Design fair, the gallery will publish a full-color catalogue dedicated to Molly Hatch’s work.

The week prior to Collective Design Fair, Todd Merrill Studio will be exhibiting a rare collection of 20th century American studio furniture pieces at Spring Masters New York in the Park Avenue Armory, May 8-12, 2015.