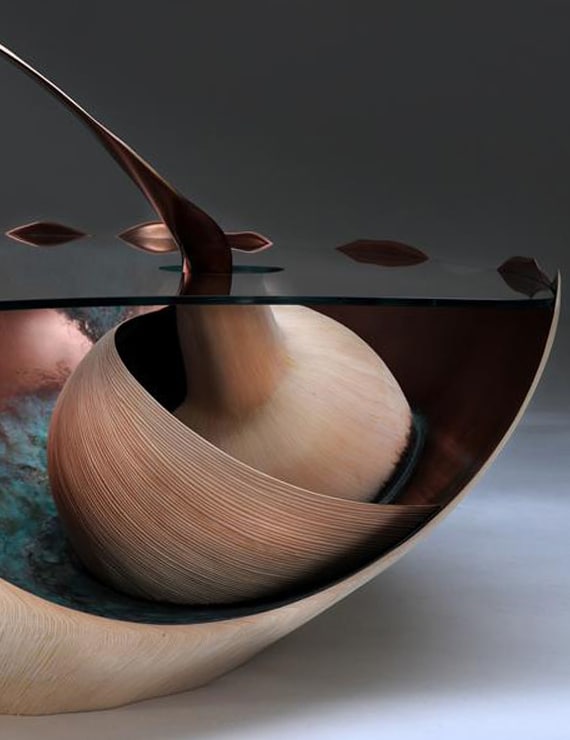 New York, NY—Todd Merrill is honored to be exhibiting for the first time at Zona Maco, Mexico Art Contemporaneo at Centro Banamex in Mexico City, April 10th-14th, 2013.  This is the tenth edition of Zona Maco, the most important art and design fair in Latin America.

The work of Yard Sale Project is prominently featured in Against the Grain: Wood in Contemporary Art, Craft, and Design at New York’s Museum of Arts and Design, open from March 19th to September 15th, 2013, along with the work of two other Studio Contemporary artists Joseph Walsh and Gareth Neal. The Yard Sale Project use computer-aided technology to guide the construction of hundreds of rectangular wooden fragments that are then assembled to make the asymmetrical “Corsican” chairs.

Visitors to Zona Maco will have a unique opportunity to purchase Beth Katleman’s critically renowned and award-winning “ Demi-Folly” but now in a size (11’ W x 7.5’ H) made for residential installation.

Katsuyo Aoki’s work is currently on display at the Museum of Fine Arts Boston in their exhibition of contemporary ceramics, New Blue and White, open from February 20th to July 14th, 2013.

In keeping with the tradition of American studio arts, Todd Merrill will show vintages masterworks by metal sculptor Paul Evans, including a highly desirable Forged-Steel Sculpted Console. The multiple sculptural elements on this console represent the accumulated language of visual elements that were developed from the 10 years of making that preceded the creation of this console. The color palate of this console is also unusually vibrant. The Paul Evans is the subject of a forthcoming show at the Michener Museum, Paul Evans: Crossing Boundaries and Crafting Modernism (March 1- June 1, 2014 then traveling to Cranbrook Art Museum, June 21-October 12, 2014).