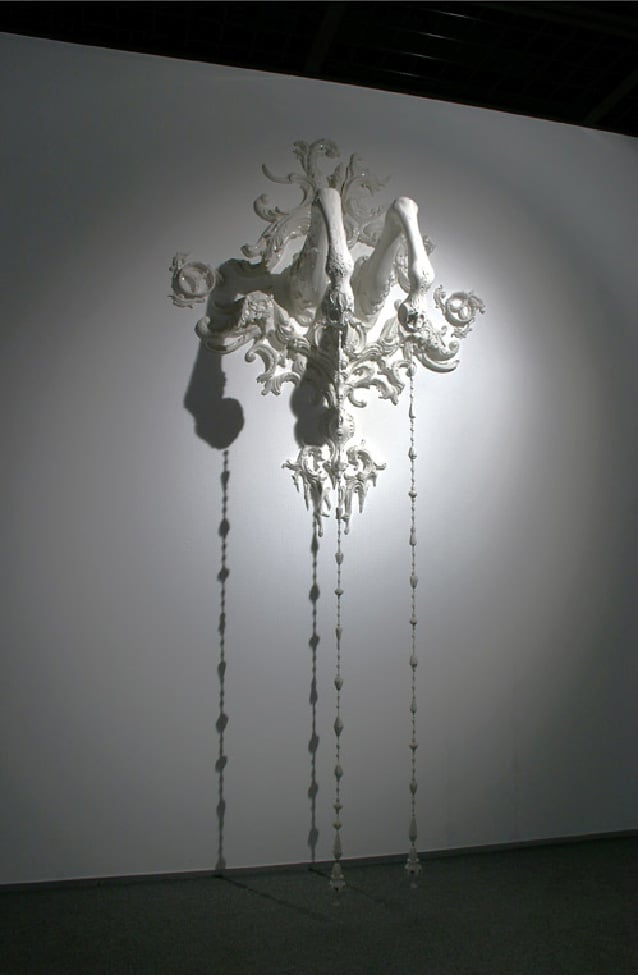 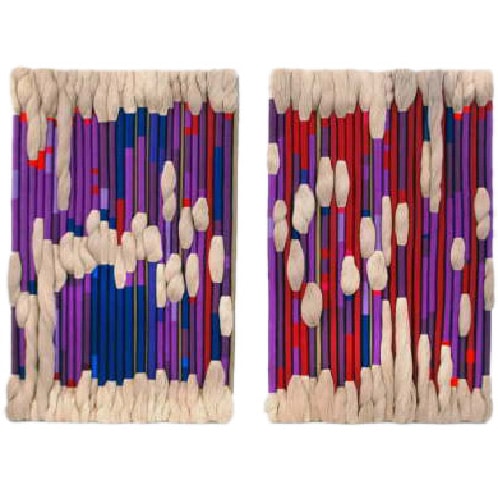 With the launch of Studio Contemporary Merrill has consistently exhibited the work of today’s leading studio furniture makers. During this year’s Design Miami/ Basel, Merrill is proud to once again exhibit the work of Joseph Walsh, Yard Sale Project, and Gareth Neal, whose artistic output has been recognized by museum curators and collectors world-wide and whose mastery is now being celebrated by the Museum of Arts and Design in New York City. MAD will feature the work of all three of these artists in an exhibition titled “Against the Grain: Wood in Contemporary Art, Craft, and Design” opening first at the Mint Museum, in Charlotte, NC, in September 2012. In his booth at Design Miami/ Basel, Merrill will show an important and early desk and chair called the “Bord Na Ogma” by Walsh. This set from 2003 demonstrates that just several years after opening his studio Walsh already had a superb understanding, and an incomparable command, of wood. Yard Sale Project’s “Palombaggia” Table (2012), asymmetrical in form and made from twenty-six various hardwoods, is the most recent of the duo’s “chaos theory” series. Once again the designers have created a piece of furniture that has no historical precedent. Finally, Gareth Neal’s “5 Drawer George” Secretaire (2012) is coming straight out of Neal’s East London studio and into the Merrill Design Miami/ Basel booth where it will get its debut before being exhibited at the “Against the Grain” exhibition. Neal combines the technical modes of 3D computer drawing and CNC processes, with the intricacy of professional craftsmanship. The exterior structure is meticulously chipped away to reveal an interior design that is reminiscent of traditional furniture styles, in this case the style of George II.

Rounding out the Studio Contemporary Program will be new work from Beth Katleman, whose 3D porcelain wallpaper “Folly” has wowed art-fair goers around the world and has inspired Katelman’s first Lever House exhibition scheduled for Fall 2013. This June at Design Miami/ Basel Katleman will premiere a porcelain “Dessert Shelf” (2012). Artist Jennifer Trask will be represented by “Burgeon” (2012) a 6.5’ unique wall-sculpture made of 18th and 19th century gilt frames, antler, and bones. Both Katleman’s and Trask’s work has been exhibited at the Museum of Arts and Design. In addition to her very popular Predictive Dream Series skulls, Japanese artist Katsuyo Aoki has just finished the second edition of “Labyrinth” (2012) a monumental porcelain horse sculpture, the first is in the collection of the Museum of Fine Arts in Houston (MFAH), which will be sold exclusively through Todd Merrill Studio Contemporary.