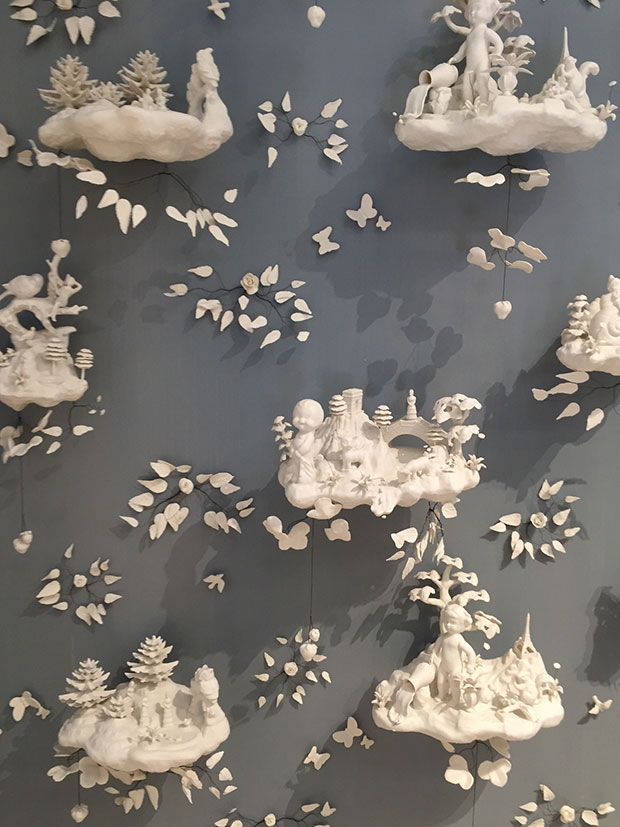 His look is not that of your customary starchitect; he stages incredible operas with his wife in his New York townhouse, he has a penchant for both classic motorcycles and classic bronzes and he has pretty much single-handedly redefined the look and feel of luxury retailing in recent years.

Little wonder then that Peter Marino’s book launch for Art Architecture at the Dior store, in Mayfair last night, (his latest store design), was yet another successful moment in an increasingly spectacular career packed with them. Peter Marino spent nearly three hours signing hundreds of books for his fans, Dior clients and members of the press who packed the New Bond Street store.

The Georgian building preented a number of challenges. The existing garden had to be maintained due to planning regulations so Marino glassed it in, creating an entirely new space: “The design of the glass skylight was quite convoluted and went through many revolutions,” he said. Neo-Louis XVI furnishings are placed throughout the four storey building which is finished in dove grey and silver. One of the many stand out elements is the silver-leafed leather wall – the first time Marino has attempted such a thing.

Marino’s pedigree is, of course, as perfectly put together as the beautifully tailored suits he once sported. Long before he remimagined the world of high end luxury with stunning flagships for the likes of Ermenegildo Zegna, Chanel, Louis Vuitton and Christian Dior, Marino was an integral member of the downtown Seventies and Eighties New York art scene, hanging out at the Factory, collecting Robert Mapplethorpe’s early work and eventually renovating Andy Warhol’s upper East Side townhouse.

Indeed, Marino’s interest in, and respect for, the art and design of the past is mirrored in the premium materials he employs in his spectacular temples of conspicuous consumption – materials such as bronze, marble and, of course, his signature – black leather.

Marino began his career at Skidmore Owings & Merrill, George Nelson and I.M. Pei/Cossutta & Ponte. In 2013 he was named as one of Fast Company’s 100 Most Creative People in Business and included in The Business of Fashion’s index of the most important people shaping the global fashion industry.

Though he refers to himself as the black sheep of the architecture world, Marino also sits on the boards of the New York Foundation for Architecture, the Venetian Heritage Foundation and the International Committee of the L’Union Centrale des Arts Décoratifs, and was recently appointed to the U.S. General Services Administration’s National Register of Peer Professionals as part of its Design Excellence Program.

And it goes without saying that he throws a pretty good book launch too – as anyone who was there last night will agree. Be sure to check out Peter Marino’s Art Architecture after you’ve perused our gallery of images from last night’s launch above.