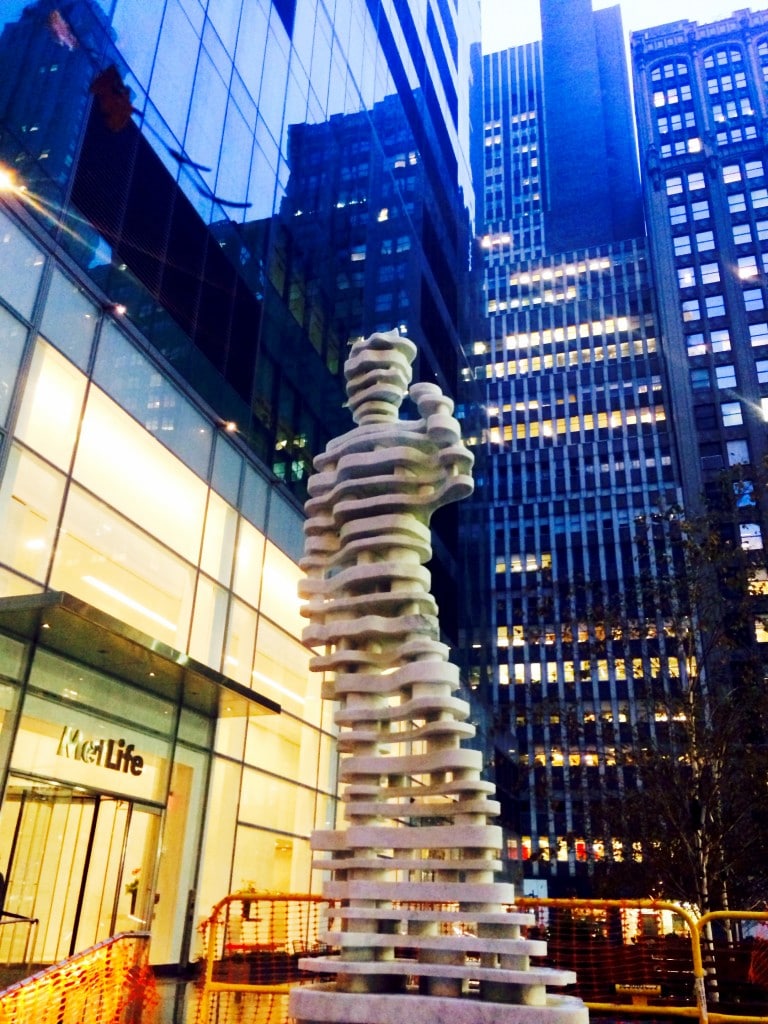 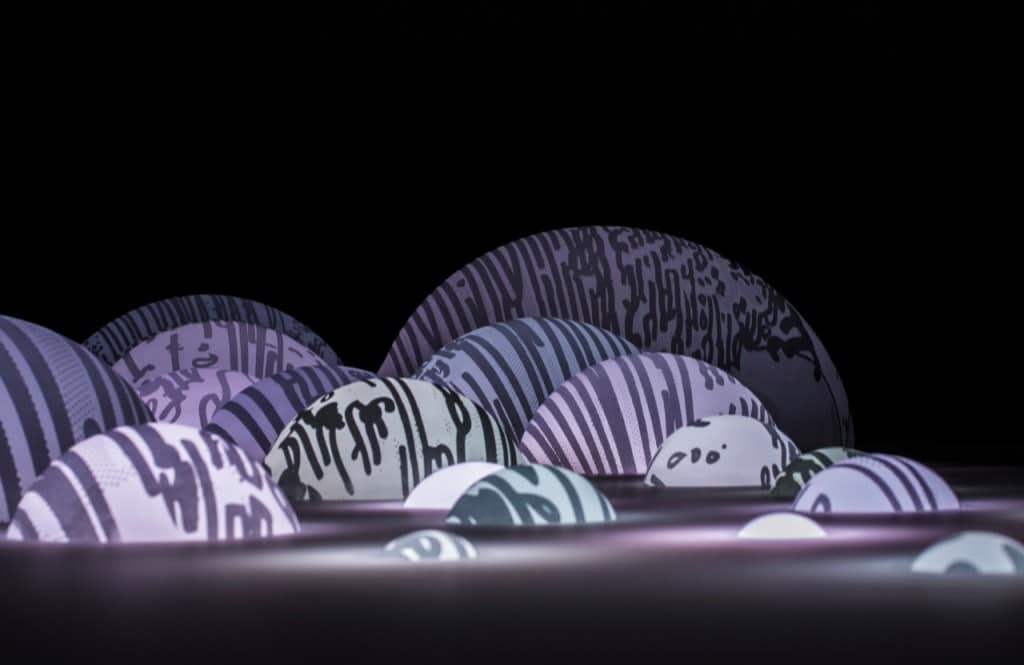 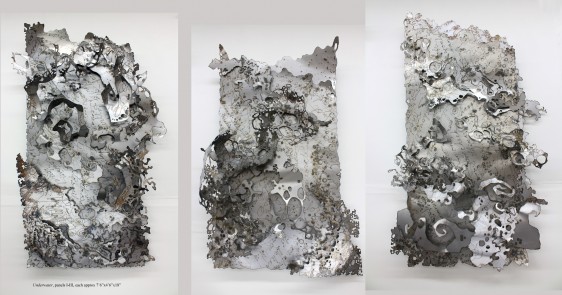 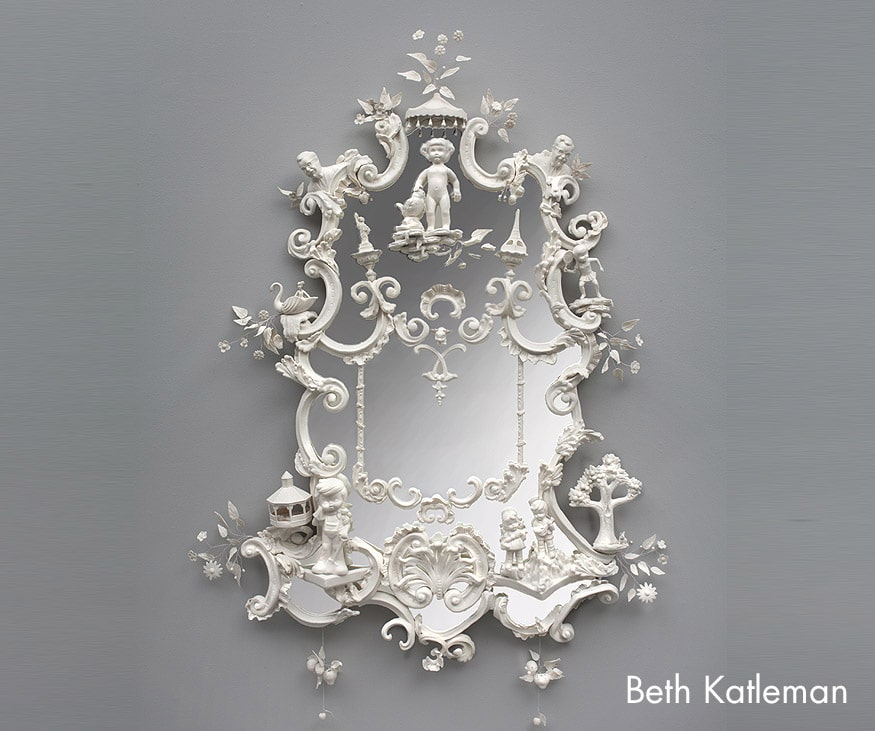 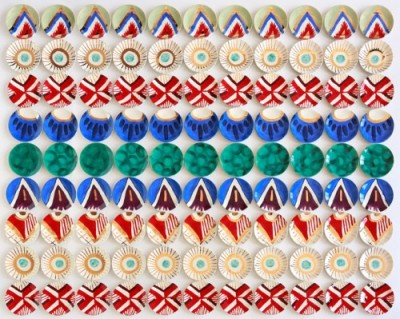 Greeting all the guests to Art Miami, Todd Merrill Studio Contemporary is thrilled to announce its representation of Antonio Pio Saracino with the exhibition of his critically acclaimed masterpiece, Hero, selected by the Art Miami committee for prestigious placement at the main entrance of the fair.

Antonio Pio Saracino’s marble sculpture The Guardians: Hero is a reinterpretation of Michelangelo’s David, the defender of the city of Florence. After the Italian government commissioned Saracino to produce a symbol of Italy to commemorate the Year of the Italian Culture (2013) in the United States, a 13-foot-high, 8,000-pound version of this sculpture was placed on permanent exhibition in New York’s Bryant Park. Hero has also been included in the 2014 exhibition in the Gallery of the Academy in Florence, Italy, honoring the 450th anniversary of Michelangelo’s death. The present Hero, standing at 7’ feet tall, was configured especially for presentation at Art Miami. Saracino is a four-time winner of Interior Design’s Future Furniture design competition was named one of the world’s “25 most interesting trendsetters” by ARTnews and was recognized as one of the “Top Ten Italian Architects Under 36” by New Italian Blood. “He’s among the most prolific Italian industrial designers abroad and has been beatified by serial accolades.” VOGUE, Italy, 2010 – Benedetta Pignatelli.

Todd Merrill Studio is proud to represent Grimanesa Amorós’ work for the first time with a series of light installations inspired by the Uros islands in Lake Titicaca. These works reflect the natural elegance of the sea’s foam, bubbles, colors, and movement. The installations are composed of shimmering white resin bubble islands of various sizes, each handmade from different molds and covered with silkscreened drawings. Amorós has multiplied and arranged these units into structures that are monumental in scale yet weightless in appearance. Powered by a technologically ingenuous LED custom lighting sequence, the installations’ color schemes and intensities continuously transform: at times the works seems buoyant and ethereal, while at other times they appear as solid mass.

Paying further homage to the movement and memory of water as Amorós’ works do, K. Gretchen Greene’s new triptych, Underwater, captures the artist’s reflections on environmental and economic impacts on coastal communities. Welded steel and lacquer sculptural waves are poised to crash, to engulf the viewer while reflecting the movement of memories as they appear and fade away. Underwater is comprised of three panels, from which torched text and plasma cut curling forms narrate the artist’s recollections. The booth will also debut Greene’s most recent piece, Riptide, a welded steel and plasma-cut sinuous table.

Todd Merrill Studio will also premier Beth Katleman’s newest work, Hotel Mirana, developed after her critically acclaimed porcelain works, such as Folly (2010), a monumental three-dimensional porcelain wallpaper. Channeling Nabokov’s Lolita, Katleman has created an opulent mirror that immerses the viewer in a private universe, with moments from the novel brought forth in 1950s Americana. Porcelain figurines cast from flea-market trinkets, corporate mascots, and souvenir pencil sharpeners become stand-ins for the characters in the novel. On the occasion of Art Miami, Todd Merrill Studio will publish an updated catalogue of Beth Katleman’s repertoire.

The booth will debut Molly Hatch’s most recent work, Worcester Imari, composed of 99 hand-painted Italian Earthenware plates with underglaze, glaze, and 11-karat gold details. The intricate pattern and colors painted on the plates is Hatch’s contemporary interpretation of a pair of 18th century painted vases, currently on display at the Atalanta Frances and Emory Cocke Collection in the High Museum
of Art. It is the first work in the series of an edition of four.

Additionally, the booth will feature a series of sculptural hand-made vessels created from recycled materials and based off of ancient vessel artifacts by Brooklyn-based artist Shari Mendelson, whose works displayed at Todd Merrill Studio at Art Miami 2013 were directly acquired by the Museum of Fine Arts in Boston for their permanent collection.