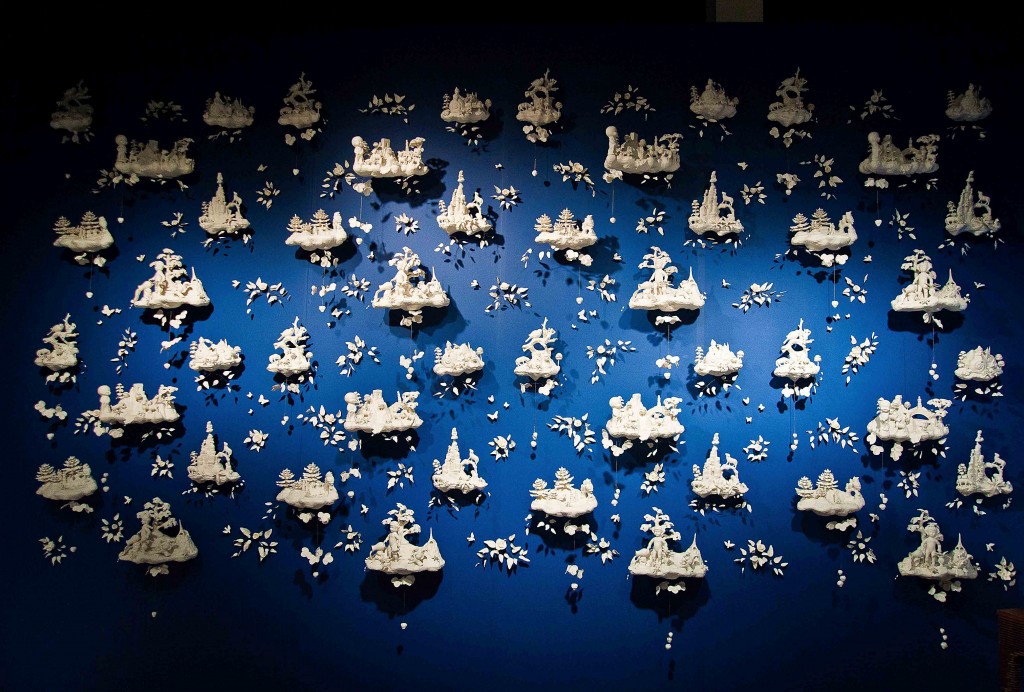 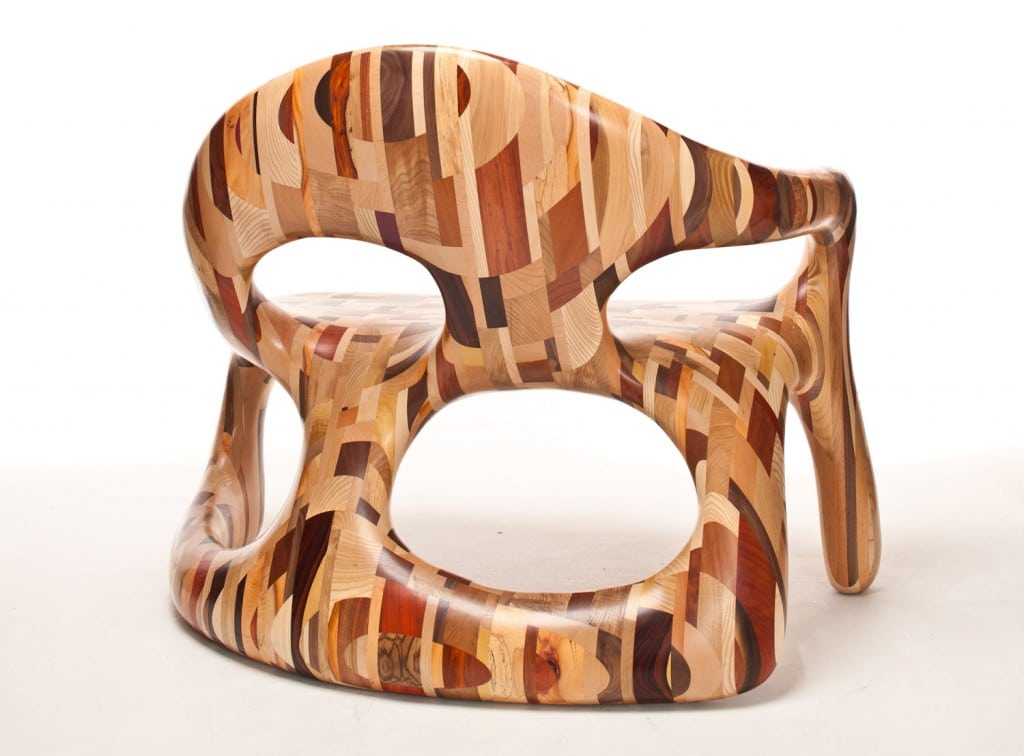 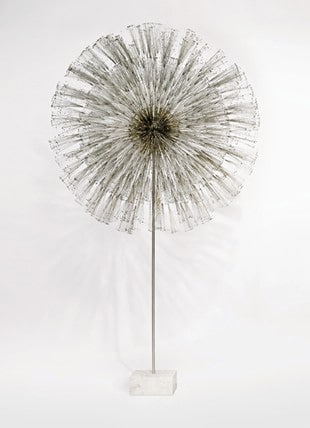 October 10, London, UK—Todd Merrill is pleased to be exhibiting for the third time at the Pavillon of Art & Design London, October 12 – 16, 2011. Merrill’s booth will feature some exciting recent additions to the Studio Contemporary roster including Ilana Goor and Katsuyo Aoki alongside contemporary works by Beth Katleman, Yard Sale Project, and vintage masterpieces by Harry Bertoia and Paul Evans.

Since Katsuyo Aoki’s first solo exhibition in 2001 at Gallery LE DECO in Tokyo, Aoki has gone on to receive numerous awards and has been featured in exhibitions at the Saison Modern Art Museum in Karuizawa and the Taro Okamoto Museum of Art in Kawasaki. She was also selected for the prestigious Greenwich House Pottery Artist in Residency Program in New York. The past and the present collide in Aoki’s “Predictive Dream” series of porcelain skulls. Her work has sold successfully at major international auction sales. For the artist the use of ceramics as her preferred material is a method of expression through which she is able to incorporate various decorative styles, patterns, and symbolic forms. In her work Aoki alludes to “historical backgrounds and ideas, myths, and allegories.”

Each unique “skull” in the Predictive Dream Series is made of cast porcelain with white glaze and comes with plexi-glass wall-mounting box and certificate of authenticity. We are presenting 4 in this series — all are one-of-a-kind never to be produced again.

Ilana Goor is one of Israel’s preeminent artists and lends her talents to the design of furniture and jewelry. We will exhibit a partners desk or table that seats four and features four-drawers visible through a glass top. The medium of iron gives her work a futuristic machine-age appeal that is her unique vision. Goor describes her furniture, which is both artistic and functional, as “motor-less machines.” A selection of Goor’s jewelry, which is an extension of her sculptural work, will also be shown.

“Folly” (Edition #2) a five meter-long porcelain sculpture by New York-based artist Beth Katleman will have its London debut after successful exhibitions in Paris and Basel earlier this year. “Folly” is a three-dimensional ceramic rendering of traditional Toile de Jouy fabric or wallpaper. On close inspection, the elegant Chinoiserie-inspired pavilions that comprise the landscape of “Folly” are populated with kitschy figures from popular culture that tell a dark and poetic fairy tale. The exuberance and refinement of “Folly” are astonishing to behold as it simultaneously blurs the lines between art, design and craft. “Folly” is currently on view at the Museum of Arts and Design in New York as part of the “Flora and Fauna: MAD About Nature” exhibition.

After much success at Design Miami/ Basel in June 2011 with the Yard Sale Project’s Corsican Chair, Cairn Young and Ian Spencer, the duo behind the Yard Sale Project, have gone onto to create a spectacular Corsican Bench. Made from an astonishing array of twenty-six hardwoods, the Corsican Bench challenges the traditional view of what a bench should look like: it is asymmetrical and comprised of many types of hardwood, giving the surface a crisp patchwork quality with both light and dark colors. All items produced by the Yard Sale Project are limited edition.

After the triumphant sale of two major sculptures, the Sonambient and the Double Gong by Harry Bertoia, at Design Miami/ Basel this past June for over a million dollars, we are pleased to debut at PAD London the largest Dandelion Sculpture ever created by Bertoia. This epic and rare Dandelion sculpture was commissioned by renowned architect I.M. Pei in 1960. Realized in steel and marble, this particular sculpture was the earliest large-scale example of the Dandelion form and influenced the construction of all subsequent pieces. The only other Dandelion of this size is installed in the Omaha Public Library, Nebraska. These highly visible and dynamic sculptures spawned requests for smaller versions that were briefly sold through the Knoll Furniture Showrooms throughout the 1970s. None approached the scale of the original commission.

The shimmering dandelion form is created using a sequence of wires attached to a sequence of steel rods, the rods then radiate from the interior orb at specific increments. Although not a kinetic or sound sculpture the overall effect is one of pulsing movement and radiating energy.

In addition to the Bertoia Todd Merrill will be showing a stellar collection of American vintage pieces by Paul Evans and Philip Lloyd Powell. A highlight is the Wall-mounted Console by Phil Powell and Paul Evans from 1963. This rare and exuberantly carved American Walnut console by the Powell Evans Studio was designed and created for a private client. This cabinet has three sections and features a beautifully carved front panel highlighting the natural formation of the wood with chip carving and gold-leaf detailing. The first section features a steel and gold-leafed fish scale grill top (created by Evans) that lifts-up for storage or display. The center compartment has a solid wood top with the same lift-up access and the third section has a drop down gold-leaf panel that could be used for serving. This is an excellent example of Paul Evans and Phil Powell’s early collaborative work and is the best of the Powell /Evans studio pieces. Other items include an Evans Custom Sculpted Bronze Wall-Hanging Cabinet/Bar, Evans Set of Six Sculpted Bronze Dining Chairs, an Evans Sculpted Bronze Console, and an Evans Custom Studio Dining Table.

The booth will also feature a rare “Gazelle” chair by Dan Johnson, A Wing Lounge Chair and Ottoman by Vladimir Kagan, and a Silver-Gilt Hand Chair by Pedro Friedeberg.