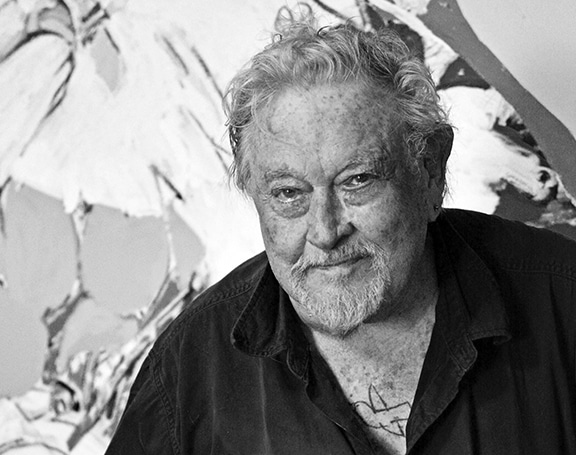 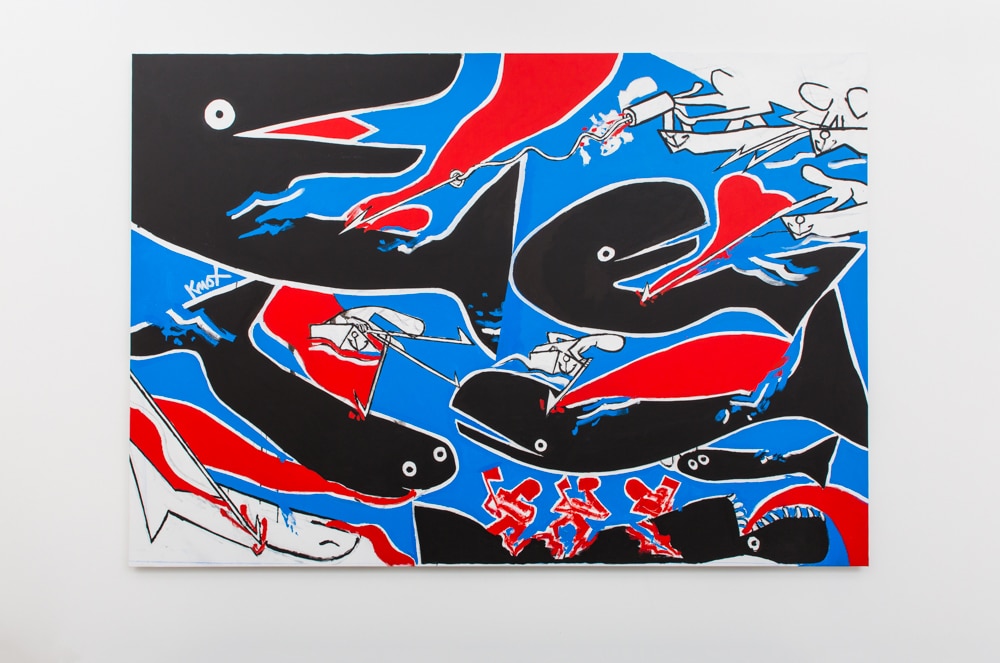 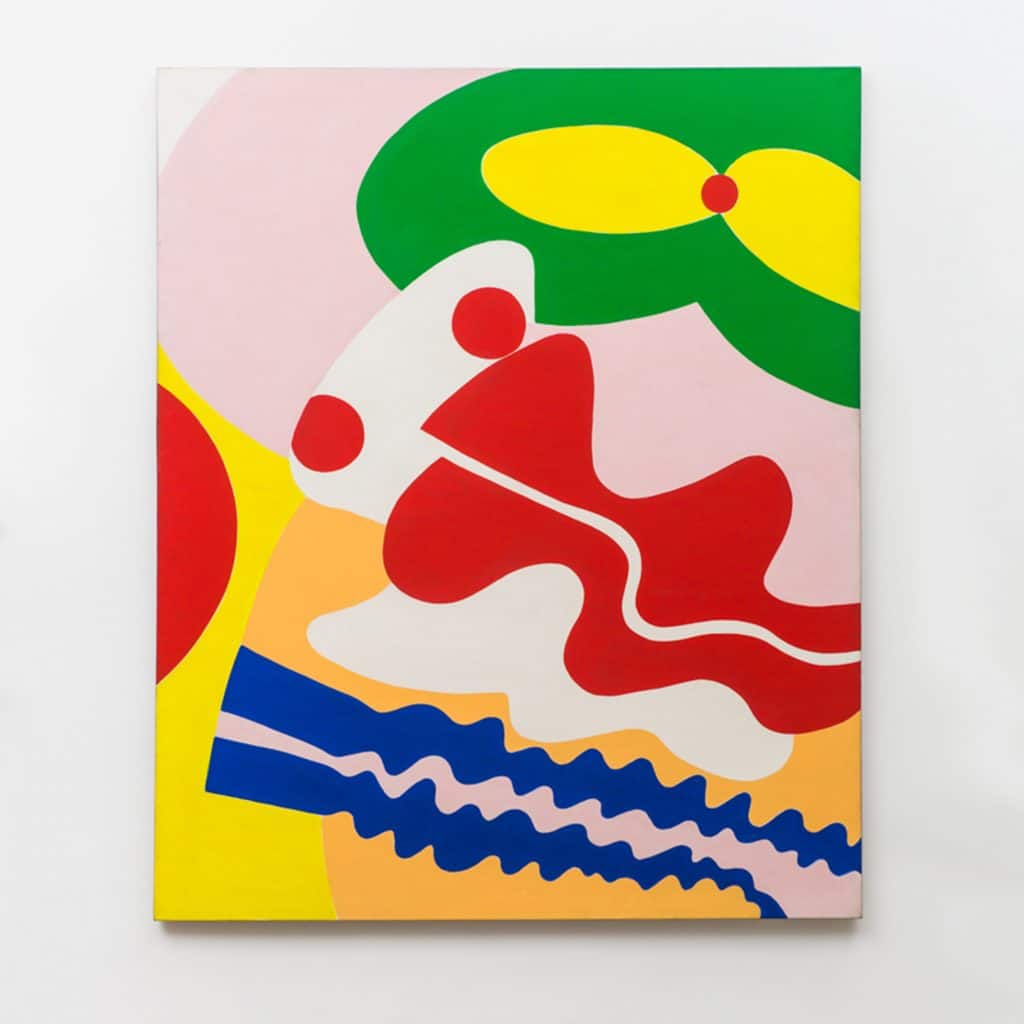 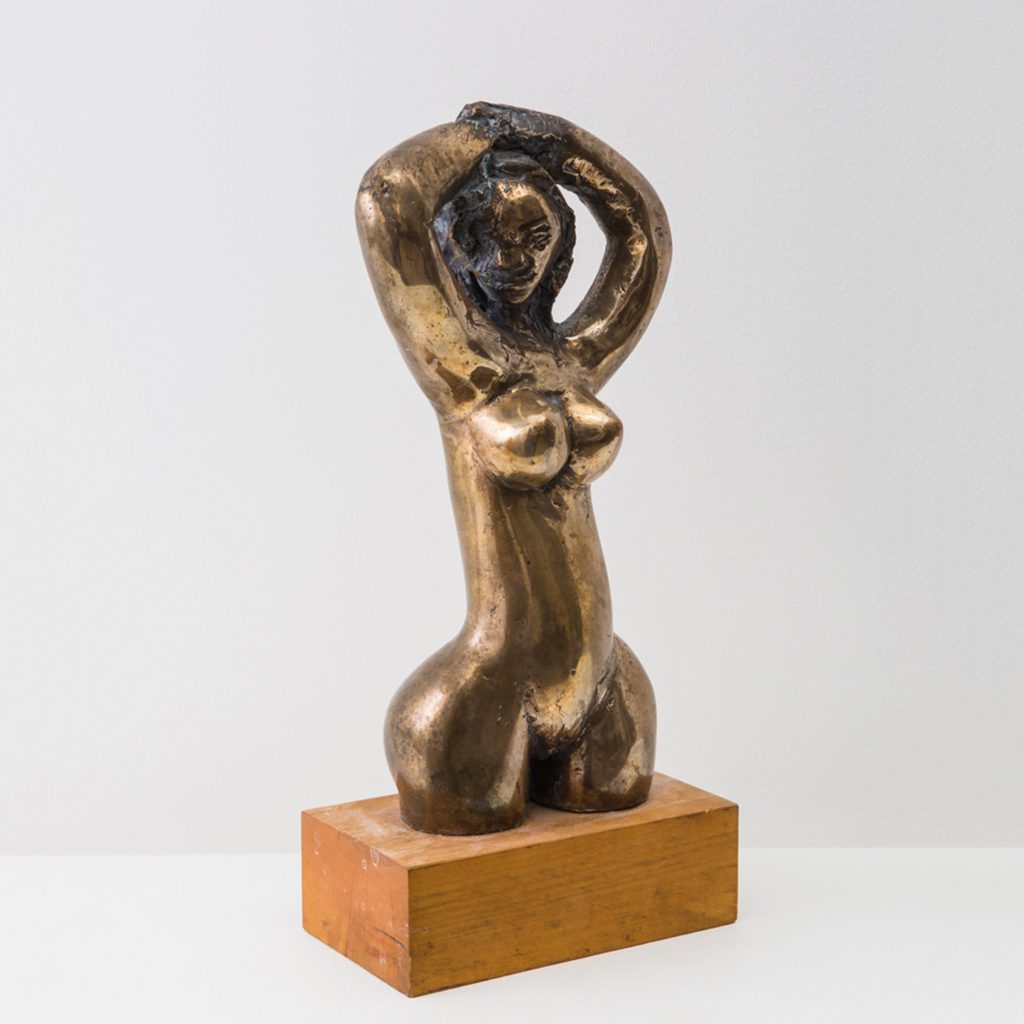 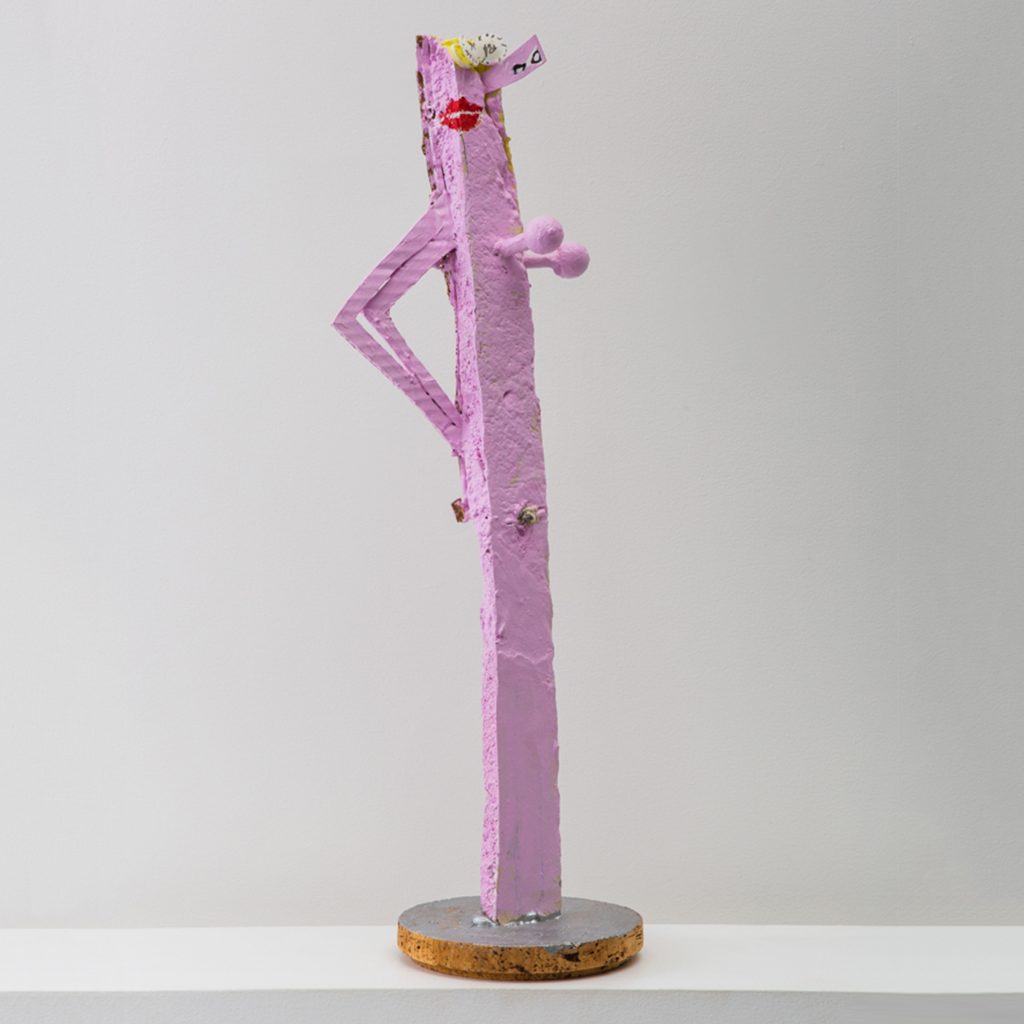 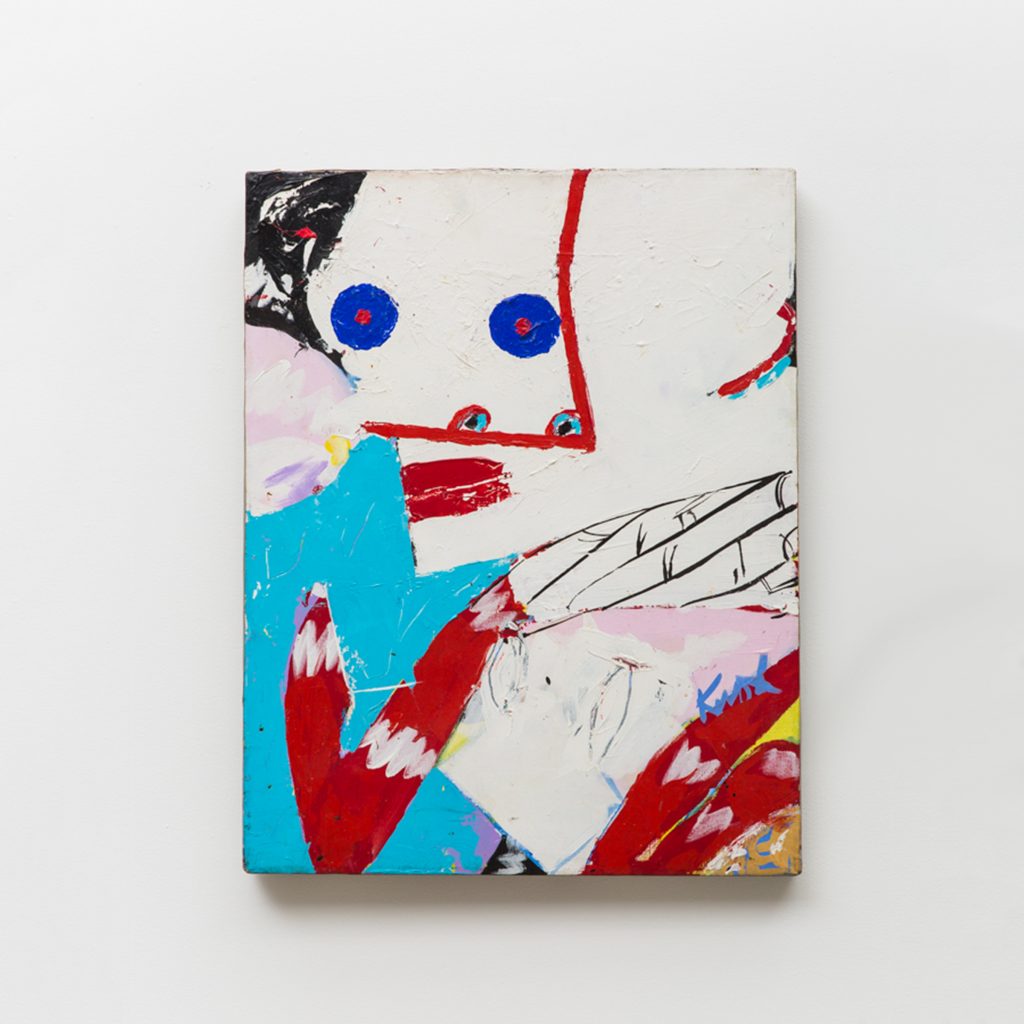 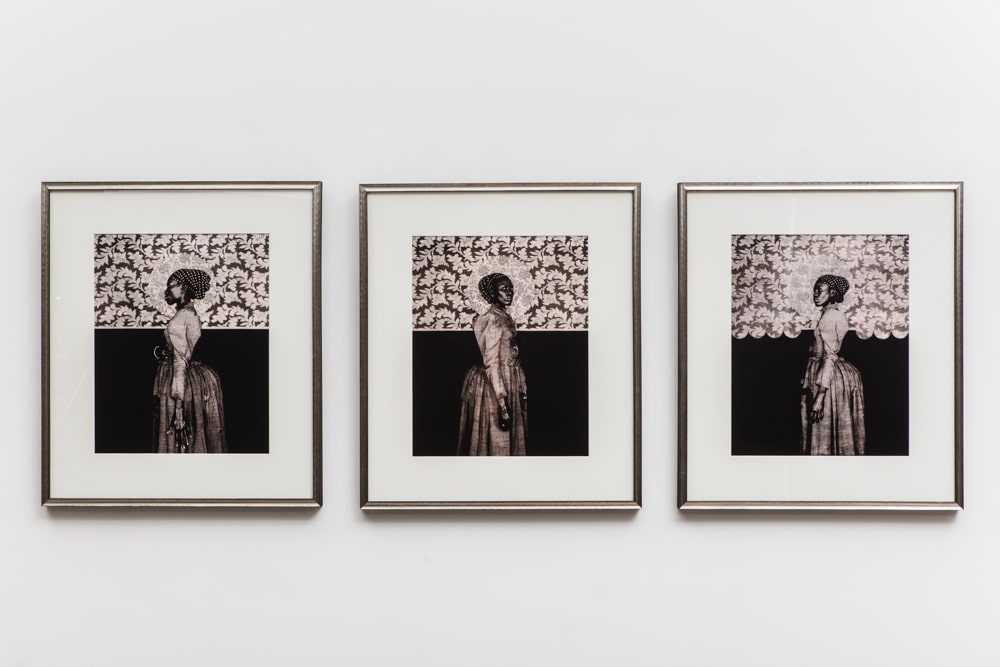 Todd Merrill Studio presents an exhibition of contemporary artists exploring the human figure through the themes of movement, expression, and abstraction. Each of the three artists brings a unique viewpoint through their individual disciplines of painting, sculpture, and photography.

Anchoring our exhibition is noted New York painter Knox Martin.  Since his first one-man show in 1954 at the Charles Egan Gallery, Martin has garnered attention from critics and collectors alike.  A member of the New York School, his works have been placed in over 40 important museum collections in the U.S. and internationally.  In addition, Knox Martin is renowned for his numerous large-scale mural commissions, including “Woman with Bicycle” and “Venus” in New York City.  Impeccable draftsmanship and a unique metaphor mark Martin’s work.

Martin has allowed unprecedented access to his works dating back to the 1970s and continuing through to the present.  This will be the first time, in decades, that these early works will be made available to the public.  The gallery will exhibit two large scale canvases from 1972, a seminal collage from 1985 titled Three Women With Watermelon, several small scale paintings spanning Martin’s career, as well as a wall-sized mural maquette, titled The Whaling Wall.  The gallery will also exhibit a selection of sculpture, an important component of Martin’s oeuvre that has not been as widely available publicly.

Known for his large scale murals that began to adorn the New York City landscape in the early 1970s, a maquette for Martin’s latest public art project, titled The Whaling Wall, will be publicly on view and available for purchase for the first time.

In 1971, Knox Martin was scuba diving in the Bay of Cortez when he encountered a whale face to face. Martin writes: “I thought I was sinking or that the ocean floor was rising. It was a whale rising up and I was at the eye level of the whale…I was certain I was viewing an intelligence. When I moved to the surface the whale had vanished. The impression was indelible. I still see the great eye regarding me.”

The Whaling Wall is an allegorical homage to peace and ecology and a call for humanity. The work has been called a “Universal Guernica.” It is Martin’s intention to provide his mural at specifically selected sites throughout the world to raise international attention to the plight of whales.  Currently The Whaling Wall is planned for 334 Grand Street at the corner of Ludlow Street on Manhattan’s Lower East Side and undergoing funding.

Two large canvases from 1972, Pandora (Green Mouth, Red Nose) and Woman’s Face, Green Eyelids, Blue Nose both showcase Martin’s repertory of signs and symbols that allude to nature and, in particular, to the female form.  In the face of the minimalist trend, Martin continued his play of geometry and bright color. His paintings appear to be non-objective, but they actually depict erotic imagery that is far from abstract.  He refers to his own art as “Synthetic Realism”, saying that “the same images always come back again…I want to make them new.  There is a stream of reality.  The only difference is the manner in which it is represented.”

A small bronze from 1995, titled She, reveals Martin’s deft hand at sculpting.  The female form, a favorite subject of the artist’s, is rendered here with slightly more realism than in paintings, however, the work retains a naive romanticism similar to Matisse.  The “she” of the sculpture with her exaggerated hips, butt, and breasts is evocative and reverent.  A second sculpture titled She, created in 2017 from brightly painted pink cardboard and other found materials, captures Martin’s enduring sense of humor, versatility, and spontaneous efficiency.

Crow With No Mouth, a major painting from 2007, possesses a playful sensibility that guides the viewer’s eye. With its use of metaphor, brilliant colors, and complex structure, Knox Martin’s monumental painting was inspired by fifteenth-century Japanese Zen master Ikkyu’s poem, “Crow With No Mouth.”

The Whaling Wall is a sponsored project of Fractured Atlas, a non-profit arts service organization. Contributions for the purposes of The Whaling Wall must be made payable to Fractured Atlas and are tax-deductible to the extent permitted by law. https://www.fracturedatlas.org/site/FiscalSponsorship/profile?id=4791

Todd Merrill will also show photography from artist Barron Claiborne.  Born and raised in Boston, Massachusetts, Claiborne is a self-taught photographer who moved to New York City in 1990 where he quickly became noticed for his evocative portraiture, most notably, his image King of New York featuring rapper Biggie Smalls wearing a plastic crown. Claiborne’s work has appeared in a number of publications including Newsweek, New York Times Magazine, Rolling Stone, and Interview and have been shown and collected by museums and private collections nationally and internationally.

Claiborne’s photographic influences are often derived from his Southern and African ancestry. He uses his work as a canvas for representing the tales and oral traditions at the roots of his heritage. Recently, Claiborne has worked on an 8×10 Polaroid project focusing on the bodies of women, saints, and goddesses.

On view will be Claiborne’s seminal work (Old) Orleans Before The Deluge (Triptych) #2, USA, c. 2005 which is also in the collection of the Brooklyn Museum.  Also shown are Virgin of Kiambu (Njuhi), 2005 and Wet Back #1, 2005, both of which further the themes of storytelling through the black female form.