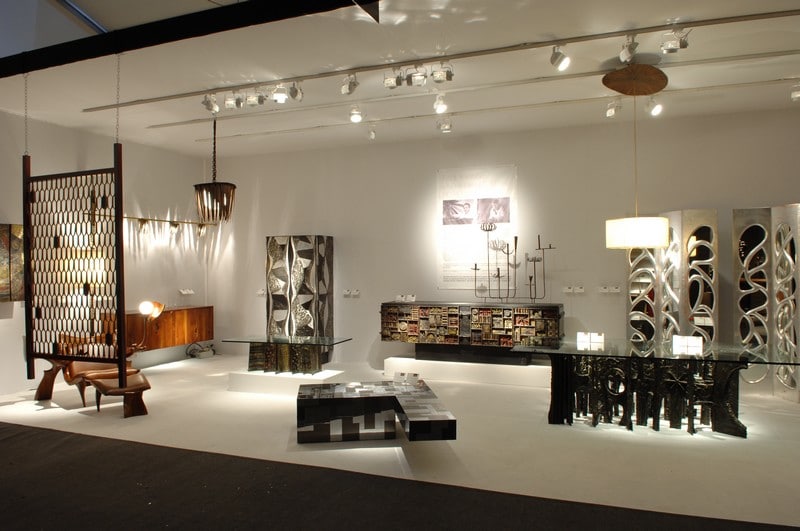 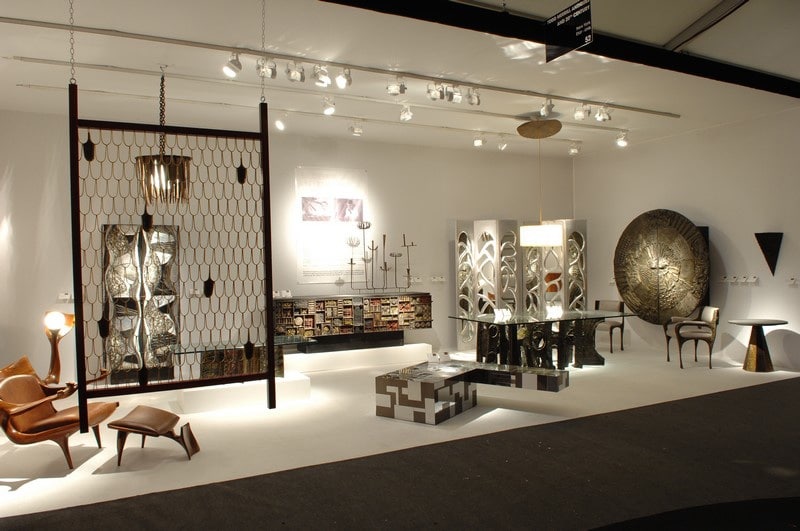 March 23th, 2010 Paris—Todd Merrill Antiques & 20th Century is well known worldwide as the source for the best of American Studio furniture. In November 2008, Rizzoli published Todd Merrill’s book, Modern Americana: Studio Furniture from High Craft to High Glam, the first definitive book on late 20th Century American studio furniture. For his booth #52 at the Pavilion of Art and Design, Merrill has curated an outstanding group of rare pieces by Phillip Lloyd Powell and Paul Evans, many represented in his book.

Paul Evans (1931-1987), a natural sculptor known for his unique work in metals, and his creative partner Phillip Lloyd Powell (1919-2008), who worked in sinuous wood, both produced furniture that was highly attuned to the free-wheeling exploratory mood of the 1960s and 70s, their creative heyday. Evans’ furniture making was a combination of handcraft wedded to technologu that anticipated the limited edition art furniture of today. Powell, a carefree artist who workd in wood and only by his own hand, made less than 1000 pieces in his lifetime.

Eighteen outstanding and unique works by Powell and Evans will be presented, including a rare Sculpture Front Console (1968) by Evans, one of 50 such full-size consoles ever produced. In addition to the Sculpted Steel console, Merrill will be showing Evans’ Sculpted Bronze line represented by a monumental one-of-a-kind dining table, twelve chairs and a Disc Bar (1971), as well as examples of Evans’ sculpture, Argente, Welded Steel and Directional Cityscape furniture. An important walnut console from the Dorsey Reading collection and a pair of large silver leaf and mirrored screens will represent Powell. In addition, a unique lounge chair and ottoman by Jack Rogers Hopkins will be shown. This chair from 1970 shows Hopkins’ unrestrained artistic expression and this unique example has been widely published.