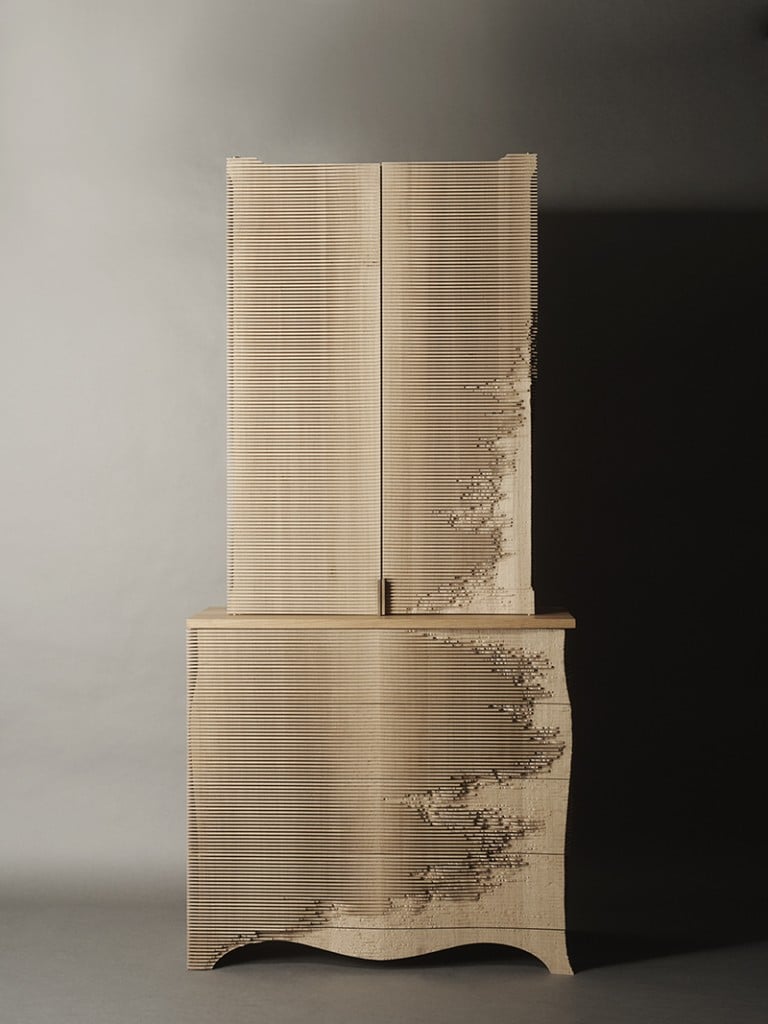 NEW YORK CITY — The 62nd Winter Antiques Show is adding a dozen new exhibitors and, in a tacit acknowledgement of the influence that a handful of top-level international art and design fairs from Maastricht to Miami are exerting on collecting trends, expanding its range of offerings. Long considered the premier American venue for historic art and design, the fair, a bastion of traditionalism benefiting East Side House Settlement, is slated to open for ten days at the Park Avenue Armory with a gala preview on Thursday evening, January 21.

Gemini Antiques, Oldwick, N.J.
“Each year, we challenge ourselves to make the Winter Antiques Show more impressive than the year before. The quality and diversity of material in the Winter Antiques Show is unrivaled by any show in the United States,” said the fair’s executive director, Catherine Sweeney Singer. Encouraging the juxtaposition of old and new, the 2016 fair will be more international than ever, with 19 exhibitors from outside the United States.

Oribe-glazed stoneware flower vessel by Kato Yasukage, 2007. Joan Mirviss, New York City. —Richard Goodbody photo
The changes in the fair’s content, while notable, are not dramatic. All post-1969 material is subject to prior approval and onsite vetting. With the exception of a few specialists in contemporary material, the fair’s 73 exhibitors are limited to not more than five contemporary pieces. All living artists must be represented in a minimum of three major museums or other public collections. The new standards are similar to those in place at London’s Masterpiece and other European shows.

Joan Mirviss has exhibited at the Winter Antiques Show since 1980, but 2016 is the first year that the Japanese art authority will be allowed to bring more than a smattering of contemporary ceramics, a field she has pioneered over the past several decades. For the Winter Show, Mirviss is organizing “Remembering Kato Yasukage (1964–2012): Ceramic Works from the Kato Family Collection,” featuring pieces by the 14th-generation potter revered for his oribe and shino glazes. Mirviss first met Kato, who is represented in museum collections from New York to San Francisco and beyond, in 1999. Of the rise of modern and contemporary Japanese clay art internationally and her unsurpassed role in promoting it in the West, Mirviss acknowledges, “It has been a magical confluence.”

Miniatures specialist Elle Shushan will introduce new work by photographer Bettina von Zwehl, a German-born London artist whose small, sensitive likenesses have a smoldering intensity. An artist-in-residence at the Victoria and Albert Museum in 2011, Von Zwehl, who recorded the likenesses of the British Olympians, is represented in the collections of the National Portrait Gallery, London, and the Guggenheim Museum in New York, among other institutions.

Melanie da Costa of Michael Altman Fine Art & Advisory Services said her company and Galerie De Jonckheere would join their stands to create the show’s largest display. “Visitors can expect to see wonderful examples of American Modernism in our booth,” da Costa noted. Located on East 70th Street in Manhattan, Altman is known for American masterworks of the Nineteenth and Twentieth Centuries.

Founded in 1976, DeJonckheere, with galleries in Paris and Geneva, is a preeminent specialist in Old Master paintings, particularly Flemish School works of the Fifteenth through Seventeenth Centuries, along with Eighteenth Century Italian vedute painting and Belgian art.

“For this fair, we are focusing on Twentieth Century design only,” said Paul Donzella, who also deals in contemporary material. The New York dealer will showcase Italian and American furniture and lighting, including pieces by Philip and Kelven LaVerne, Gio Ponti and Fontana Arte.

Galerie St Etienne will be the Winter Show’s first specialist in self-taught art. Founded in Vienna in 1923 by the late Otto Kallir, the company pioneered the work of Austrian and German Expressionists in the 1920s before introducing the American public to Grandma Moses in 1940. For East Side, Galerie St Etienne plans a curated display of Moses’s painting in the context of the American landscape tradition. “We have a beautiful Pittsburgh landscape by John Kane and some Nineteenth Century American folk landscapes,” said Jane Kallir, co-director of the midtown Manhattan enterprise.

Antique toys and banks will be showcased for the first time by the brothers Steven Weiss and Leon Weiss of Gemini Antiques. “We’re building a toy shop with library bookcases and are going to stock it with predominantly American toys, and mechanical and still banks dating from 1850 to about 1930,” said Leon Weiss. In original condition, a 36-inch-long Marklin battleship <i>New York</i> is a promised highlight.

“I am delighted to return to this historic show, which I started exhibiting at 30 years ago,” said Michael Goedhuis. In business since 1989, the London dealer will pair works by China’s most prominent avant-garde ink artists with Chinese bronzes dating from 200 BCE to the Seventeenth Century.

Also new to the show, London dealer Thomas Heneage specializes in art reference books, catalogs raisonnés, monographs and exhibition catalogs. The firm is known for its acquisition of the libraries of noted dealers and collectors.

Since its founding in 1995, the New York dealer Historical Design has promoted progressive American and European art and objects of the Nineteenth and Twentieth Centuries, notably pieces by Archibald Knox, Christopher Dresser and the Wiener Werkstätte. Proprietor Daniel Morris has more recently branched into contemporary furniture and decorative arts.

Jeffery Cline and William Knospe operate Kagedo Japanese Art in Orcas Island, Wash., equidistant from Seattle and Vancouver. The private dealers are known for late Nineteenth and Twentieth Century Japanese art in all mediums, from ceramics and lacquer to studio basketry, sculpture and painting.

“We have a rather remarkable collection of about 20 pieces of glass made in Murano between 1954 and about 1969,” said Marc Murray, director of Sylvia Powell Decorative Art. The London gallery is bringing sculptural works designed by Picasso, Chagall, Cocteau and Leger, among others. Murray noted that it is the 50th anniversary of “Sculpture in Glass,” the landmark exhibition funded in part by Peggy Guggenheim at the Museum of Modern Art from November 16, 1965, to January 2, 1966. Sylvia Powell is also showing Picasso ceramics from the collections of Jacqueline and Marina Picasso.

In another nod to the new, the fair’s 2016 loan show, sponsored by Bessemer Trust, is “Legacy for the Future: Wadsworth Atheneum Museum of Art.” In September, the Hartford, Conn., institution completed a five-year, $33 million renovation, renewing 32 galleries and 15 public spaces. The show will sample the museum’s diverse collections, from antiquities and Baroque masterworks to Hudson River School landscapes and contemporary sculpture. The title of the exhibition is adapted from a 1936 public lecture given in New York City by a visionary past director of the museum, Chick Austin.

The Winter Antiques Show is expected to debut a new website later this month at www.winterantiquesshow.com.

Show hours are noon to 8 pm daily except Sundays and Thursday, noon to 6 pm. Daily admission to the show is $25, including the catalog. To purchase tickets for the opening night party on January 21 or young collectors night on January 28, 718-292-7392.