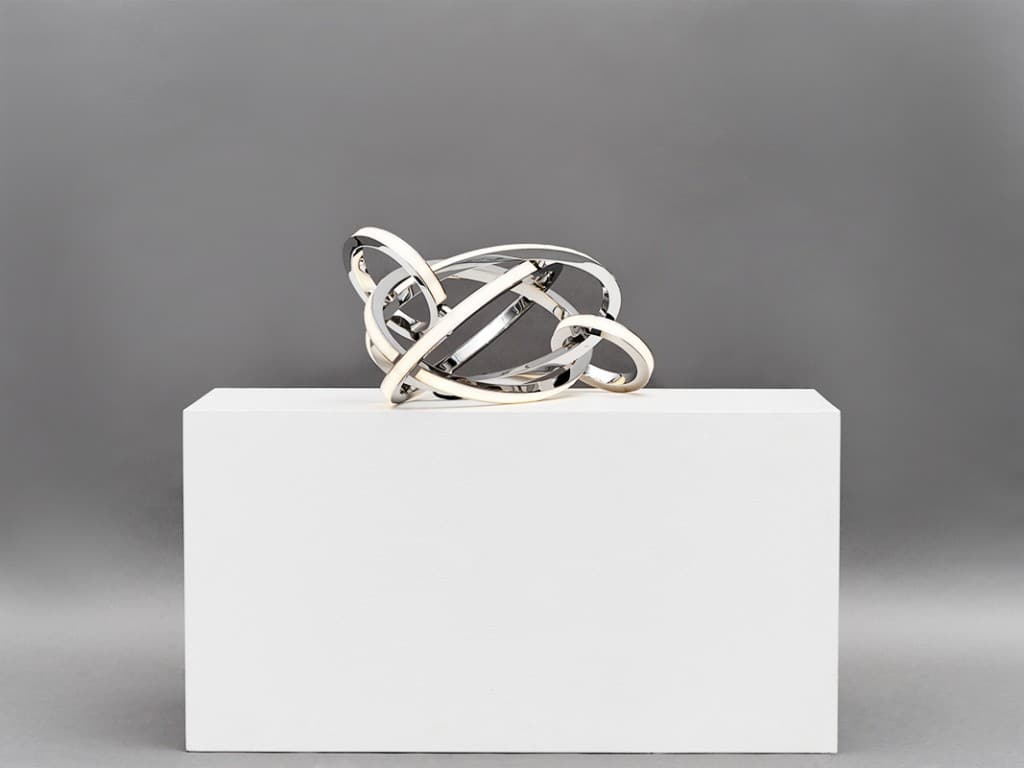 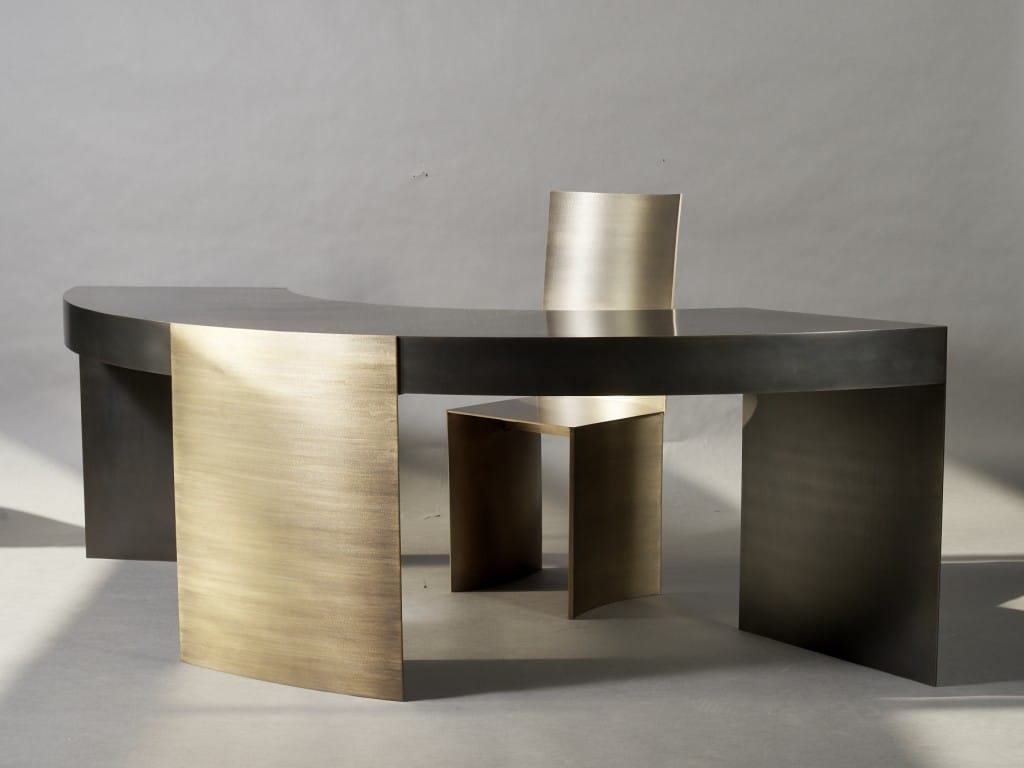 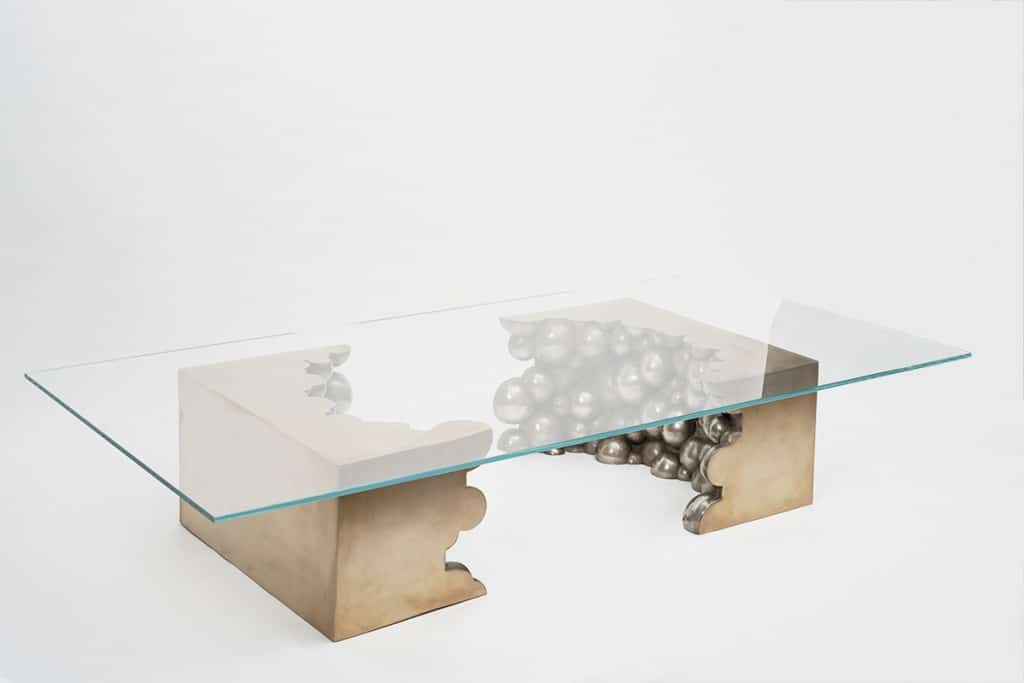 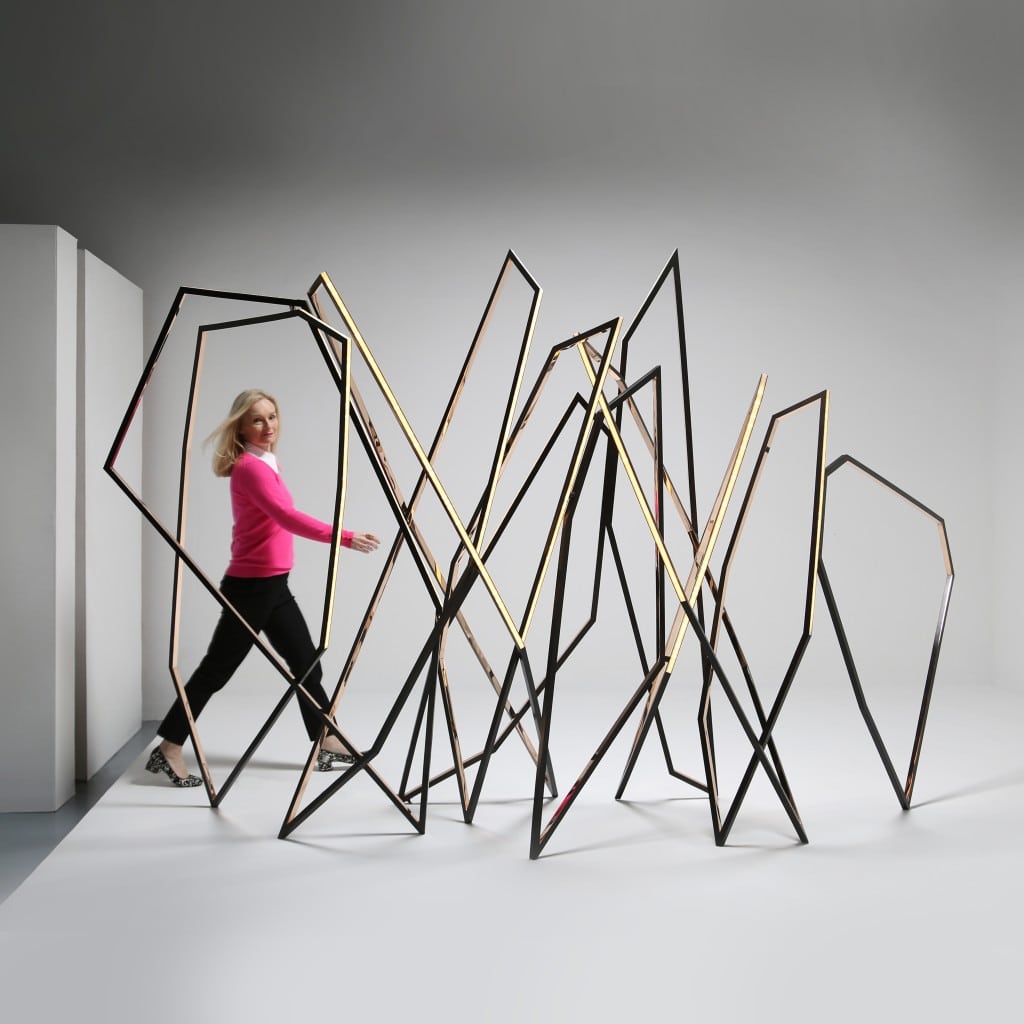 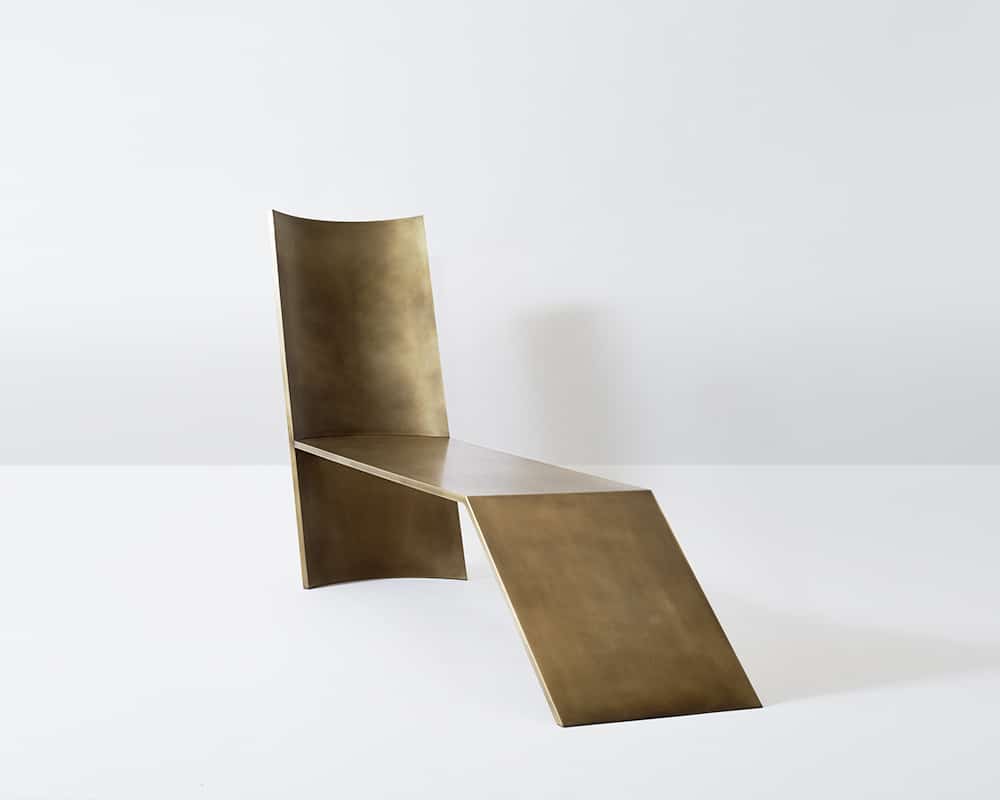 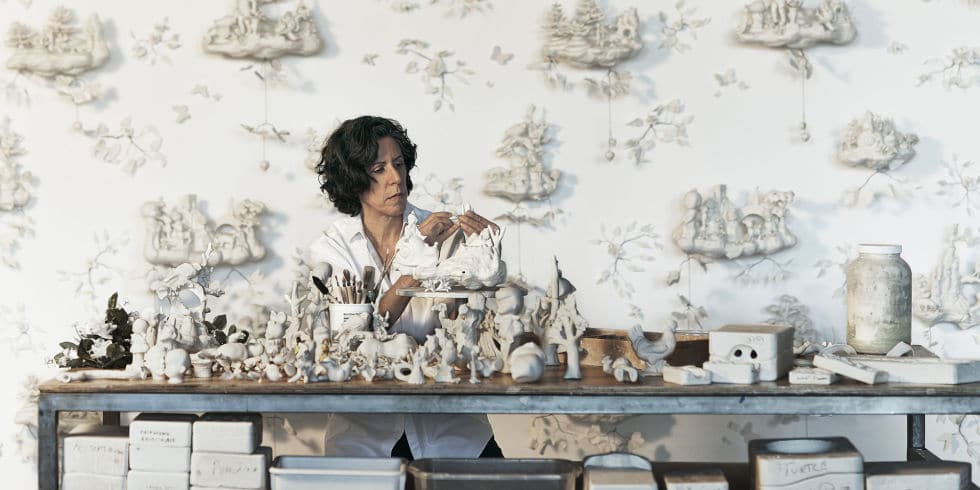 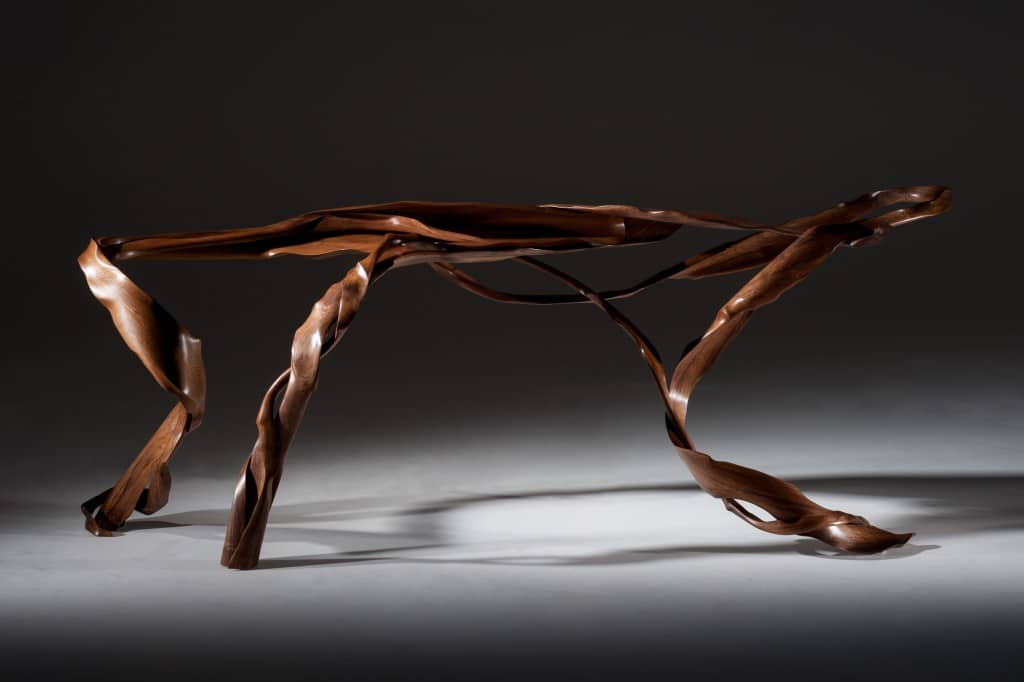 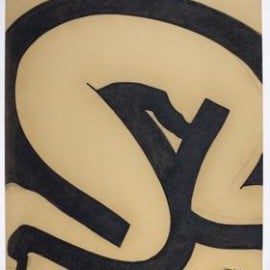 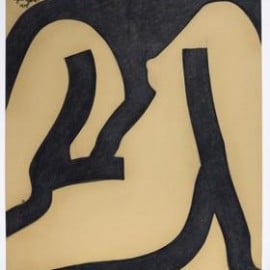 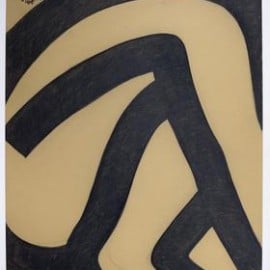 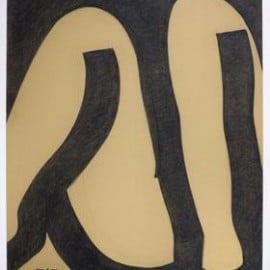 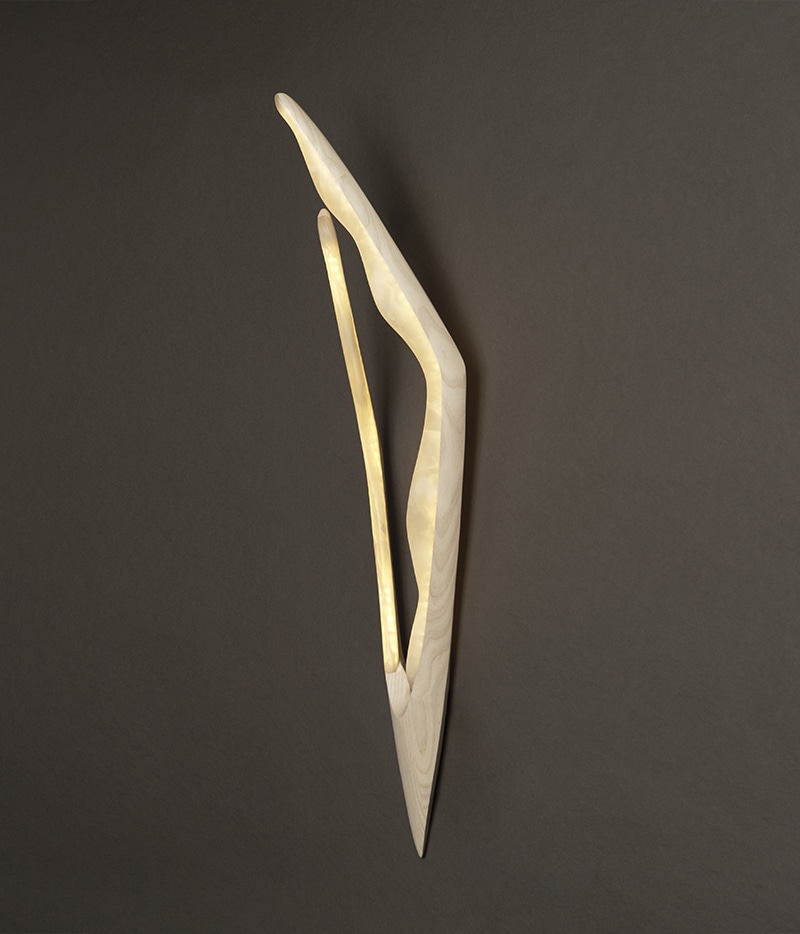 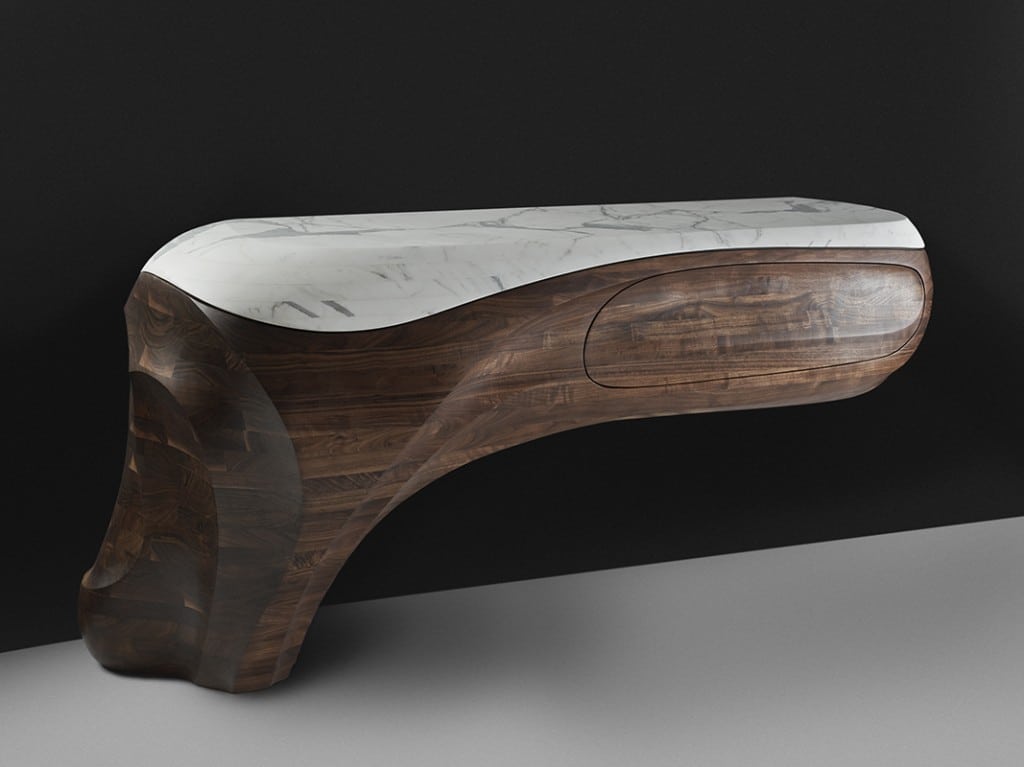 San Francisco, CA—Todd Merrill Studio is pleased to present an expansive exhibition at the central entrance of FOG: Design + Art in San Francisco. In the booth’s interior, the gallery will unveil a new collection of unique, material-driven studio works made with today’s most refined and innovative techniques in sculpting and casting across metal and wood. From bronze light installations to hand-carved walnut consoles, the works are unified by their shared inspiration of the human body and its movement as subject matter. The gallery will also display historically inspired porcelain wall installations, including Beth Katleman’s Folly, a twenty-foot long three-dimensional wallpaper on the fair’s main entrance wall.

Previously exhibited at the Museum of Art and Design (New York), recipient of the Moët-Hennessy Prize for Best Decorative Object (PAD Paris, 2011), and recently commissioned for the House of Christian Dior in Hong Kong and London, Folly debuts on the West Coast for the first time at FOG. A contemporary riff on toile de jouy wallpaper, Folly is hand-sculpted and cast from flea-market trinkets and pop-culture toys. Borrowing the decorative language of the rococo, Folly evokes a world of gentile pleasure only to reveal a more subversive agenda. Complimenting its exhibition, Katleman will be giving a talk at FOG Theater, “Impolite Wallpaper: Design through an Artist’s Eyes”, on Friday, January 15, 2016 at 1PM. The seminar will discuss her repertoire and its relevance across museums, fashion houses, private collections, and today’s “grey space” between art and design.

Osorio’s Epic, a majestic desk, will also debut with its new complimentary Epic Chair. Perfected in a semi-circle, Epic, is composed of curves and lines that appear differently from every angle, furthering the viewer’s motion around the pieces. Observed from straight on, its blackened steel legs are broad lustrous planes; from a different vantage point, they appear as thin sheets of metal, disappearing to millimeters and almost invisible to the human eye.

In addition to porcelain and metal, Todd Merrill Studio will showcase new artistic achievements in wood with exquisitely hand-carved consoles by Marc Fish and Marcus Haase. Extending the booth’s theme of human and organic forms, Fish’s Laminaria console appears as a crawling figure, revealing the artist’s hand at work with an organic, yet unparalleled form. Created from nearly 400 pieces of American black walnut veneer, Laminaria showcases the artist’s mastery of the most refined practices in micro stack-lamination, which implement no heat but only dry, cold carving techniques. Contrasting Fish’s delicate work, Markus Haase’s BANG is a dynamic, masculine cantilevered walnut and marble console. Haase’s newest light sculpture, an ash and onyx wall applique inspired by the female form, will also be displayed.

Further emphasizing works evocative of the body, the gallery will present a frieze of charcoal-on-paper drawings of a nude female by Jan Yoors along the entire exterior periphery of the booth. Reminiscent of his iconic tapestries, drawings feature bold dark shapes and dynamic plays between negative space and shapes. Displayed tightly together, the lines from one carry into the next, creating new forms across the wall.

Works from Yoors’ charcoal series were recently exhibited at the artist’s retrospective at the FelixArt museums in Belgium and are featured in the catalogue accompanying the current exhibition Jan Yoors: A Retrospective at The Baker Museum in Naples. Similar works reside across museums worldwide including the Metropolitan Museum of Art, The Art Institute of Chicago, and the Museum of Art and Design.

On the occasion of FOG: Design + Art, new color catalogues on the work of Beth Katleman, Niamh Barry, and Molly Hatch will all be released.