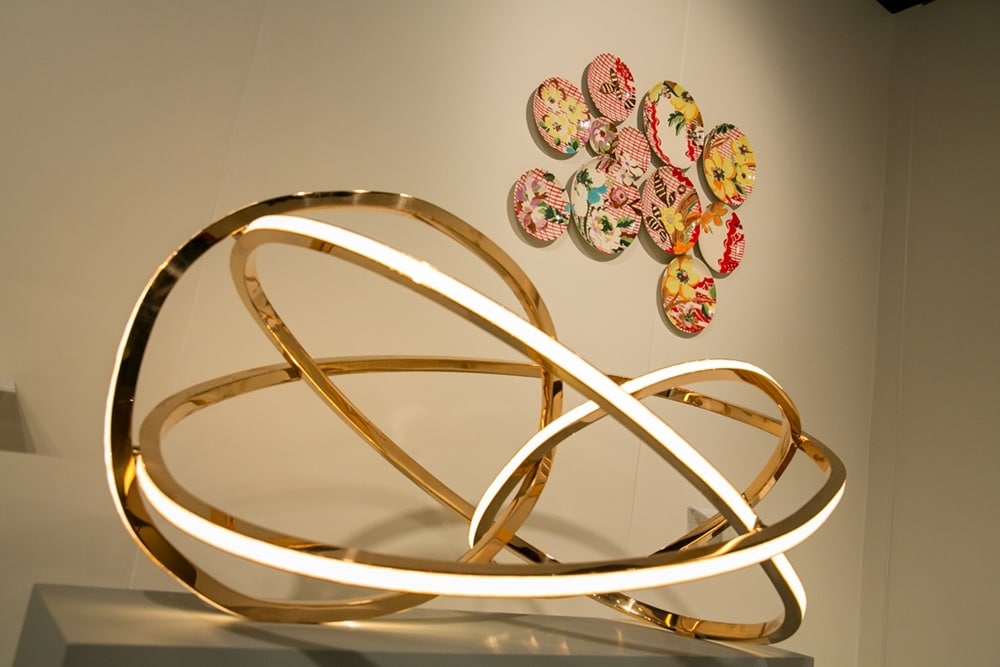 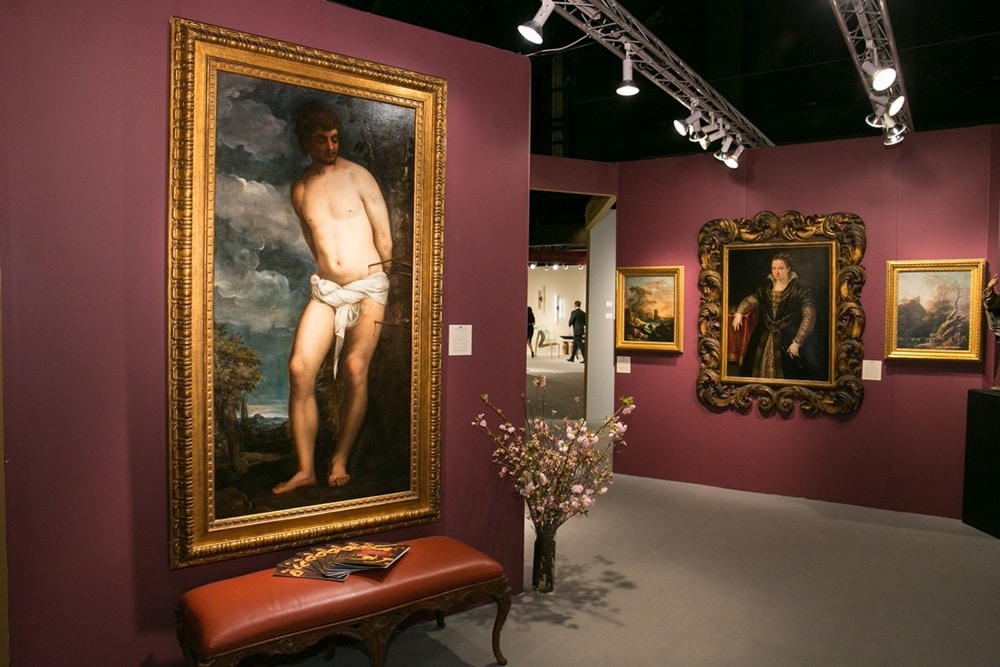 Despite relentless rain that may have dampened attendance on the preview opening night, inside the Park Avenue Armory on 67th street, it was a dazzling scene at the new Spring Masters New York fair. Works on view spanned a wide, impressive range from antiques and medieval sculptures to American and European painting and cutting edge design. An innovative design by Rafael Vinoly included a hexagonal layout for the booths that made for a more seamless experience of navigating the offerings of the more than 50 exhibitors there. It was also a good fit for the Armory’s dramatic architecture.

Jamis Francis Trezza, owner of Trezza gallery, which highlighted Magical Realist works including from Paul Cadmus, Jared French, and George Tooker, told artnet News, that the hexagonal layout “solves the problem of the monotonous long aisles of the typical art fair, I fully support it. Wherever you are, fairgoers have multiple views of the booths.” Trezza was upbeat about opening night sales, noting that his gallery sold four American Modernist works early in the evening “despite the Noah’s Ark type weather.”

Spring Masters, formerly The Spring Show, has been taken over by Artvest Partners, and runs through May 4 (official opening is today). The fair was founded in 2011 by the Art and Antique Dealers League of America (AADLA) and was taken over by Artvest last year. They have re-conceptualized and rebranded the fair to foster a dialogue on collecting with an emphasis on traditional art.

Rozita Shay, director of Soufer Gallery, New York, said her overall impression of the fair is that it’s “refreshing.” Says Shay: “I love the layout, there is a certain open flow through the entire fair, allowing one to easily wonder from one booth into another. There is a level of sophistication and stature that comes with the work represented here. Nothing against contemporary fairs ,of course, but the elegance and history here at Spring Masters is what I’ve been enjoying most.”

The Brooklyn Museum was the beneficiary of the opening night party. On view near the entrance to the fair was Ai WeiWei’s swirl of attached stools, Grapes (circa 2011), on loan from a private collection and near identical to the one on view in the Brooklyn Museum’s current Ai WeiWei show “According to What?”