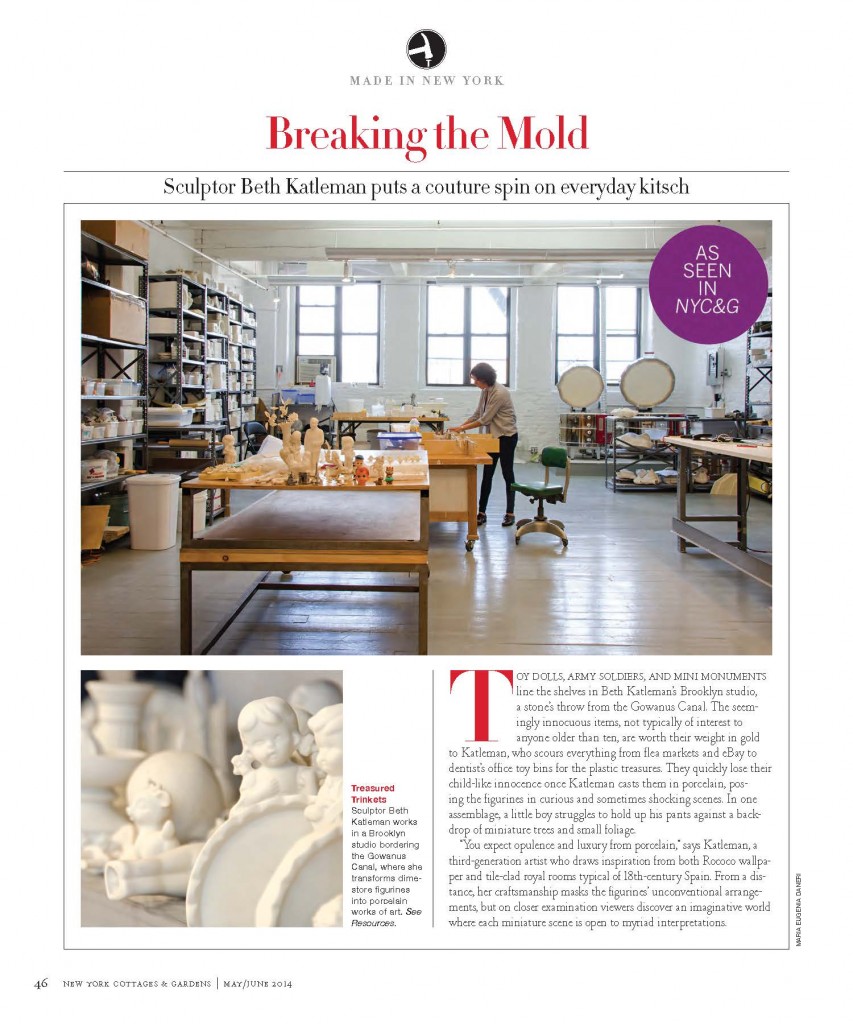 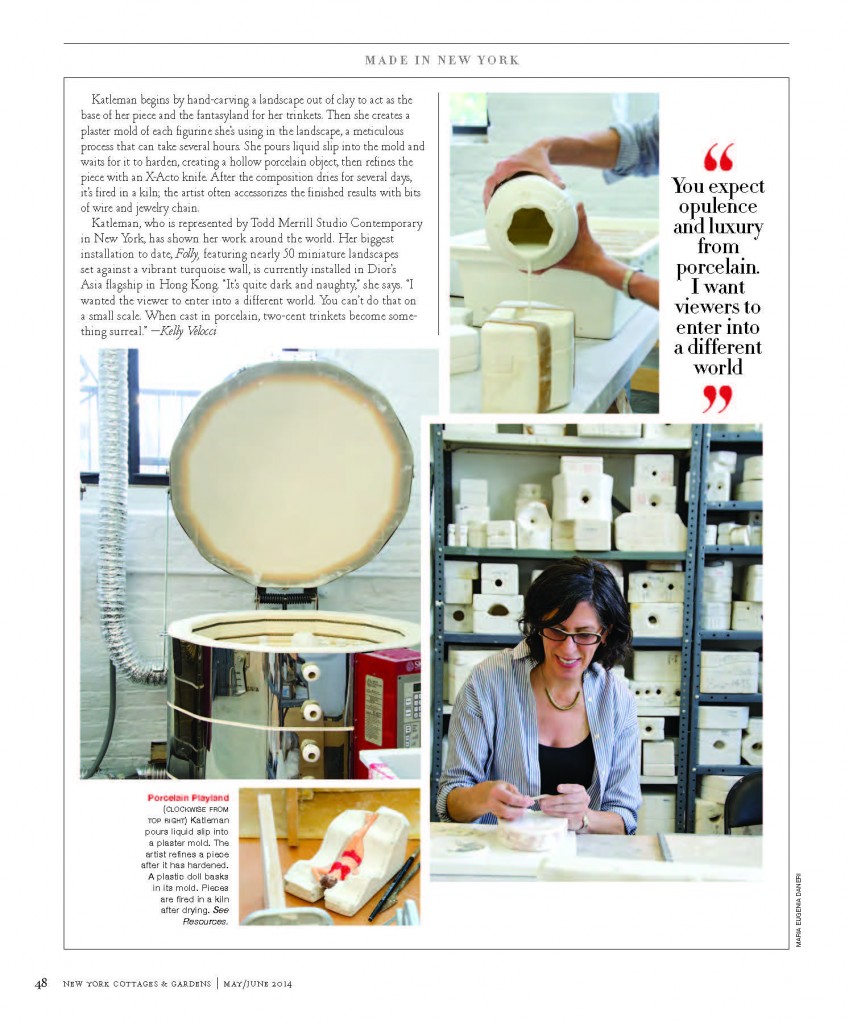 Porcelain Playland (CLOCKWISE FROM TOP RIGHT) Katleman pours liquid slip into a plaster mold. The artist refines a piece after it has hardened. A plastic doll basks in its mold. Pieces are fired in a kiln after drying. See Resources.

TOY DOLLS, ARMY SOLDIERS, AND MINI MONUMENTS line the shelves in Beth Katleman’s Brooklyn studio, a stone’s throw from the Gowanus Canal. The seemingly innocuous items, not typically of interest to anyone older than ten, are worth their weight in gold to Katleman, who scours everything from flea markets and eBay to dentist’s office toy bins for the plastic treasures. They quickly lose their child-like innocence once Katleman casts them in porcelain, posing the figurines in curious and sometimes shocking scenes. In one assemblage, a little boy struggles to hold up his pants against a backdrop of miniature trees and small foliage.

“You expect opulence and luxury from porcelain,” says Katleman, a third-generation artist who draws inspiration from both Rococo wallpaper and tile-clad royal rooms typical of 18th-century Spain. From a distance, her craftsmanship masks the figurines’ unconventional arrangements, but on closer examination viewers discover an imaginative world where each miniature scene is open to myriad interpretations.

“You expect opulence and luxury from porcelain. I want viewers to enter into a different world.”

Katleman begins by hand-carving a landscape out of clay to act as the base of her piece and the fantasyland for her trinkets. Then she creates a plaster mold of each figurine she’s using in the landscape, a meticulous process that can take several hours. She pours liquid slip into the mold and waits for it to harden, creating a hollow porcelain object, then refines the piece with an X-Acto knife. After the composition dries for several days, it’s fired in a kiln; the artist often accessorizes the finished results with bits of wire and jewelry chain.

Katleman, who is represented by Todd Merrill Studio Contemporary in New York, has shown her work around the world. Her biggest installation to date, Folly, featuring nearly 50 miniature landscapes set against a vibrant turquoise wall, is currently installed in Dior’s Asia flagship in Hong Kong. “It’s quite dark and naughty,” she says. “I wanted the viewer to enter into a different world. You can’t do that on a small scale. When cast in porcelain, two-cent trinkets become something surreal.” —Kelly Velocci