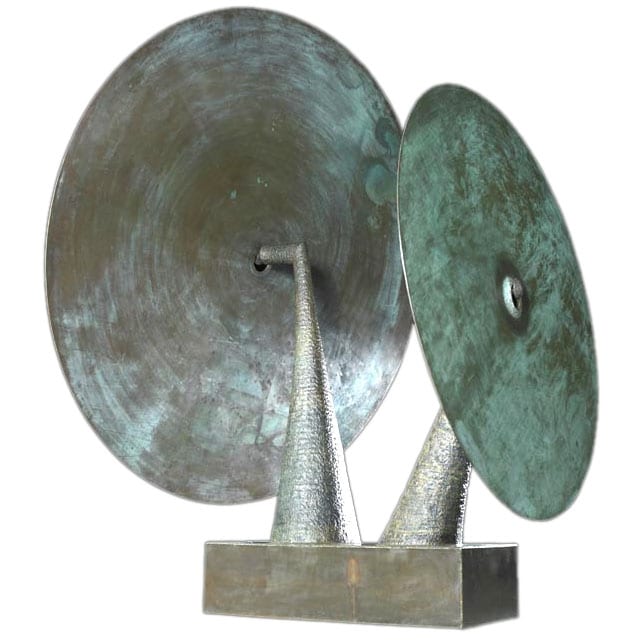 Making a noise at the Design Miami/ Basel is a huge bronze Double Gong musical sculpture by Harry Bertoia, priced at 48,000 euros. It is among the largest examples of the designer’s work not in public ownership and is on display at Todd Merrill Twentieth Century (G22) alongside a set of 15-foot high Bertoia chimes.

The works were commissioned for the Greig concert hall in Bergen, Norway, in 1976, two years before Bertoia’s death.  They remained in the country until 2000 when both sculptures were acquired by the Robert Miller Gallery, New York. Although Bertoia is widely known for his wire chairs, he devoted most of his time to creating sound sculptures from the mid-1950’s onwards, performing with the pieces and even recording a string of albums.

Other work previously installed at the Nordic institution can be found nearby at Hostler Burrows  (G11), New York, which is showing a pair of gold chandeliers by Paavo Tynell that were made for the Helsinki Stock Exchange in the 1940’s. One has been bought by a banker, appropriately, for $60,000.