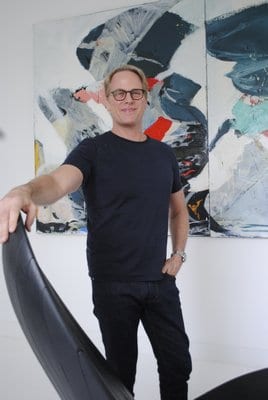 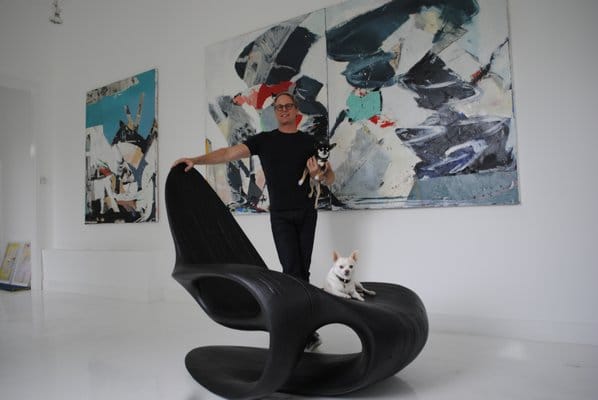 Todd Merrill Studio is back for the summer with a new showing of eclectic furniture, paintings and sculptures.

Based on South Main Street in Southampton, the art gallery opened its doors for the season over Memorial Day weekend. Owner Todd Merrill, who also has a gallery in Tribeca in New York City, said he is excited for his third showing this summer in Southampton.

“It’s a fantastic place …” Mr. Merrill said in a recent interview. “Everyone walks in on Saturday and Sunday with their coffee. We have a lot of foot traffic there.”

The gallery is now showing work from Ezra Cohen, a 24-year-old New York City artist known for his vibrant and abstract paintings. Mr. Merrill said the exhibition is especially compelling because Mr. Cohen’s work is featured side-by-side with the work of his teacher, Knox Martin. Mr. Cohen was taken under Mr. Martin’s wing when he was just a teenager at the Art Students League of New York. While Mr. Cohen’s paintings are more modern, it still captures a taste of Mr. Martin’s Expressionist style.

In Mr. Martin’s heyday—his career started in the 1940s and took off in 1954—he was one of the leading members of the New York school of artists and writers. Mr. Martin, now 94, has had his work shown in 40 prestigious galleries across the world.

“It’s hard to believe he’s still teaching today,” said Mr. Merrill, noting that he is excited to have Mr. Martin’s work featured in his gallery this summer.

The gallery will also feature work from Chris Rucker, a New York designer who creates indoor and outdoor seating out of recycled materials; Shari Mendelson, a Brooklyn artist who makes ceramic and glass sculptures based on ancient artifacts; and Erin Sullivan, a New York artist who works mostly with bronze to form organic sculptures often based on landscapes and the earth.

The studio will be open from Friday through Monday from 11 a.m. to 6 p.m. throughout the summer.

The exhibition will change during the second week of July, Mr. Merrill said. He did not offer details about the next show, though he noted that it will be based on artists who work with wood and LED lights.