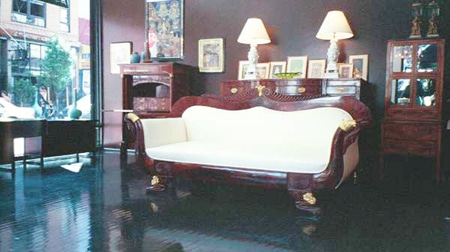 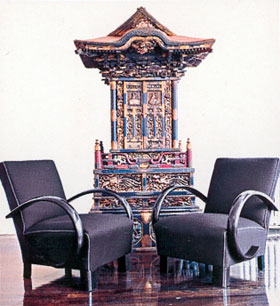 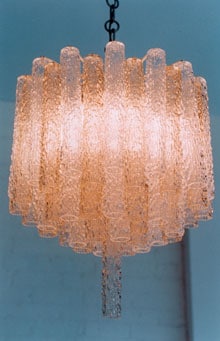 Born To Be A Dealer

Todd Merrill learned about antiques at a young age—his grandparents founded Ethan Allen antiques in Vermont in the 1930s—and he refined his knowledge as director of public relations for the Christie’s New York auction house. “I had more than a desk job,” says Merrill, who marketed and promoted the Rudolph Nureyev and the Barbara Streisand sales in the 1990s. “I enjoyed the parade of antiques that went through Christie’s. I personally viewed the Streisand collection in Paradise Cove (California) when we were going to photograph it because I knew how important some of the pieces were.”

Merrill opened his own antique shop on Manhattan’s Lower East Side in May. Located in an all-window corner shop amidst young designer boutiques and trendy restaurants and bars, Todd Merrill Antiques specializes in, well, many things. “I like to mix connoisseurship with style and creativity,” he says. “Interiors that are strictly period, whether retro 1970s modern or 18th-century colonial, are for museums.” That’s not to say that Merrill doesn’t show retro modern or colonial furniture. His focus is on American and European classical furniture from the first half of the 19th century (above) and Art Deco and modern furniture from the 1930s through the 1950s.

The mix of objects and furniture in the shop illustrates Merrill’s aesthetic. A pair of Deco ebony birch chairs Vienna is paired with an antique Japanese temple shrine (below left) and a circa 1810 American sideboard attributed to Richard Allison sits under a 200-piece Italian modern chandelier. Merrill has a penchant for 1960s and ’70s lighting, and his collection includes a mid-to-late-1960s Venini chandelier made of gold and clear rippled glass tubes in different lengths (below right).