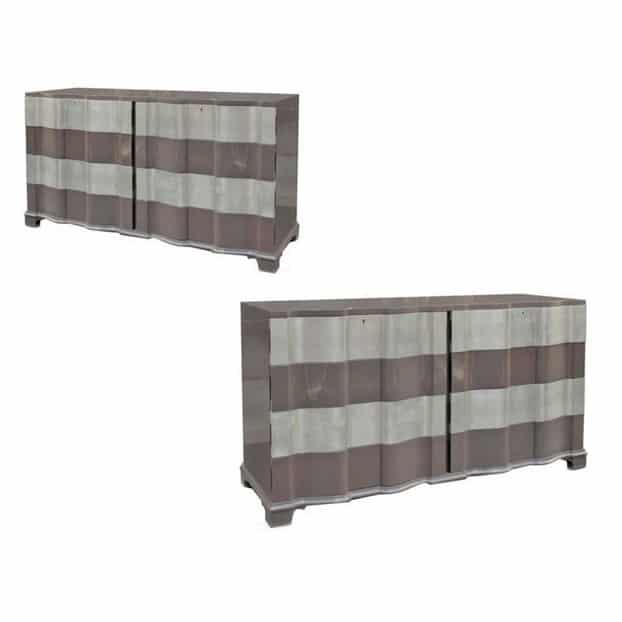 A Pair of Serpentine Front Dressers by Samuel Marx

September 16th, 2010, San Francisco—Todd Merrill Antiques & 20th Century is well known worldwide as the source for the best of American Studio furniture. In November 2008, Rizzoli published Todd Merrill’s book, Modern Americana: Studio Furniture from High Craft to High Glam, the first definitive book on late 20th Century American studio furniture. For hit booth #201 at SF20, Merrill has curated an outstanding group of rare pieces, many of which are documented in his book.

T.H. Robsjohn – Gibbings (1905-1976) was a prodigious furniture design, interior decorator, and writer. Both his custom-built pieces and mass produced furniture pieces introduced a new aesthetic into the American home. The Mesa table was introduced in 1951 and became one of his most recognizable designs. As a devotee of American classicism, Samuel Marx (1885-1964) was an architect and designer of impeccable standards. The club chairs and sofa on display during SF20 were a single owner set commissioned for Marx designed home in Highland Park, IL and have been documented in period photos.

Paul Evans (1931-1987), a natural sculptor known for his unique work in metals, and his creative partner Phillip Lloyd Powell (1919-2008), who worked in sinuous wood, both produced furniture that was highly attuned to the free-wheeling exploratory mood of the 1960’s and 70’s, their creative heyday. Jack Rogers Hopkins (1920-2006) whose work contains few straight lines, sharp angles, or even edges, was a leading figure on the California design scene during the 1960s and is represented by a gorgeous and otherworldly armchair in walnut with a custom lamp and bookshelf