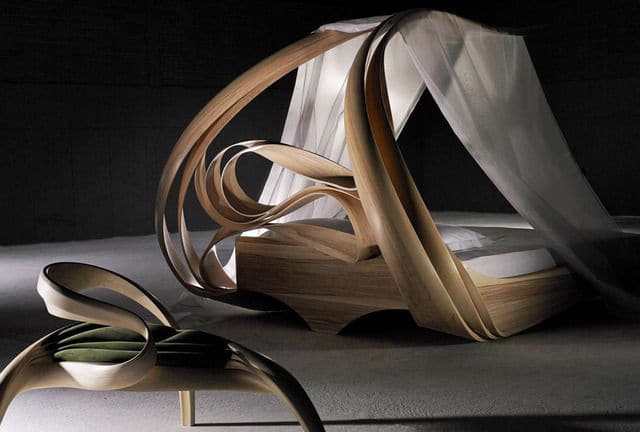 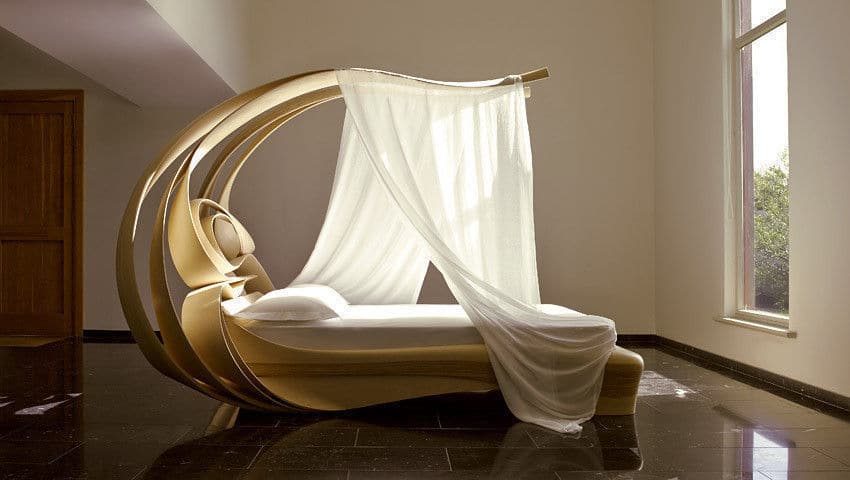 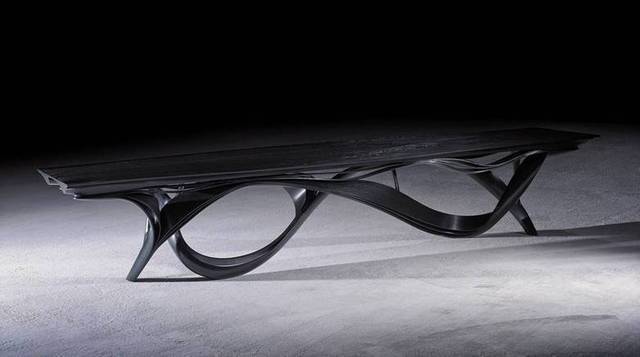 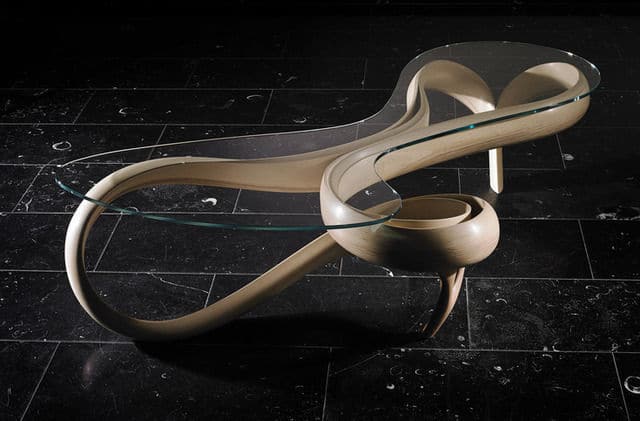 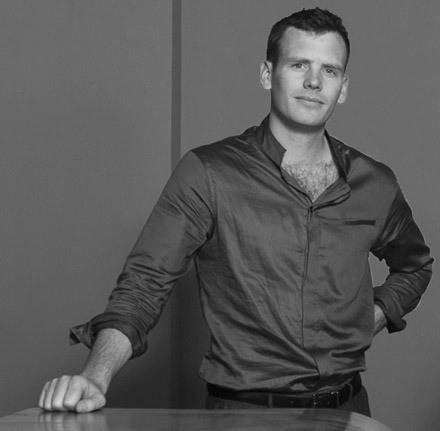 THE SINEWY, ETHEREAL WOODWORK OF THE SELF-TAUGHT CRAFTSMAN: JOSEPH WALSH

Here’s a name to jot down before the Collective 2 design fair: Joseph Walsh. Deemed “one of the most sought-after names in furniture” by the Financial Times, the self-taught Irishman has seen a steady climb in interest for his bespoke pieces, in particular the “Enignum” series, from which three works will be shown at the fair. In advance of the opening, we caught up with Walsh to learn how the series—and his life as a designer—came to be born.

“I grew up in a large family in a culture of making, growing, and creating,” Walsh said of his childhood in rural, coastal Ireland. “My mother especially encouraged making. She was constantly creating; she would make her own clothes, keep a kitchen garden, orchard, make jams, bake, create tapestries—all in a day’s work! This culture allowed us to imagine and [create] without hesitation.” Within this environment, Walsh began experimenting with his grandfather’s woodworking tools at the age of eight and built his first piece of furniture, a farmhouse kitchen dresser, at age 12. By 1999, at 19, Walsh opened his first studio and workshop in a converted potato barn on his family’s farm.

By 2008, Walsh was celebrating the opening of a solo exhibition in New York City, when he had a revelation: “I was exhibiting work from the previous five years and felt the work was missing part of my soul.” With a newfound raison d’être, Walsh returned to his studio in Ireland and began work on the “Enignum” series, named for the Latin words “enigma” (mystery) and “lignum” (wood). “The works’ mysterious forms are a result of a technique I developed here at my studio, of working with and manipulating the Ash wood quite intuitively,” Walsh says. The process, he explains, “consists of stripping wood into thin layers and then reconstructing the wood into free-form composition.”

Describing the pieces on view at Collective 2, at Todd Merrill Studio Contemporary’s booth, Walsh mentions the sinuous, cocoon-like silk canopy bedthat, notably, was included in the Duke of Devonshire’s 2013 exhibition “Modern Makers” and can still be found at the noble’s legendary 297-room estate. “This was a piece I had wanted to realize for a number of years,” Walsh remarks of the bed. “We have made five to date, each completely unique… It is quite special to realize one of these beds for a client; it is such a personal piece.” Also on view, the Enignum III Low Table and the Enignum XII Dining Table exemplify Walsh’s mastery of the material and craft.

When asked to define the word “craft,” and where he feels he fits within the worlds of art, design, and craft, Walsh is incisive: “I don’t really engage in that conversation, I find it limiting,” he explains. “An architect that works with integrity will craft his building as much as any furniture maker will design his furniture. For me it is more about sensibilities and values than categorization.” For Walsh, his sensibilities are typified in the sinewy, ethereal woodwork of “Enignum,” and Collective 2 is just the place to see for yourself.