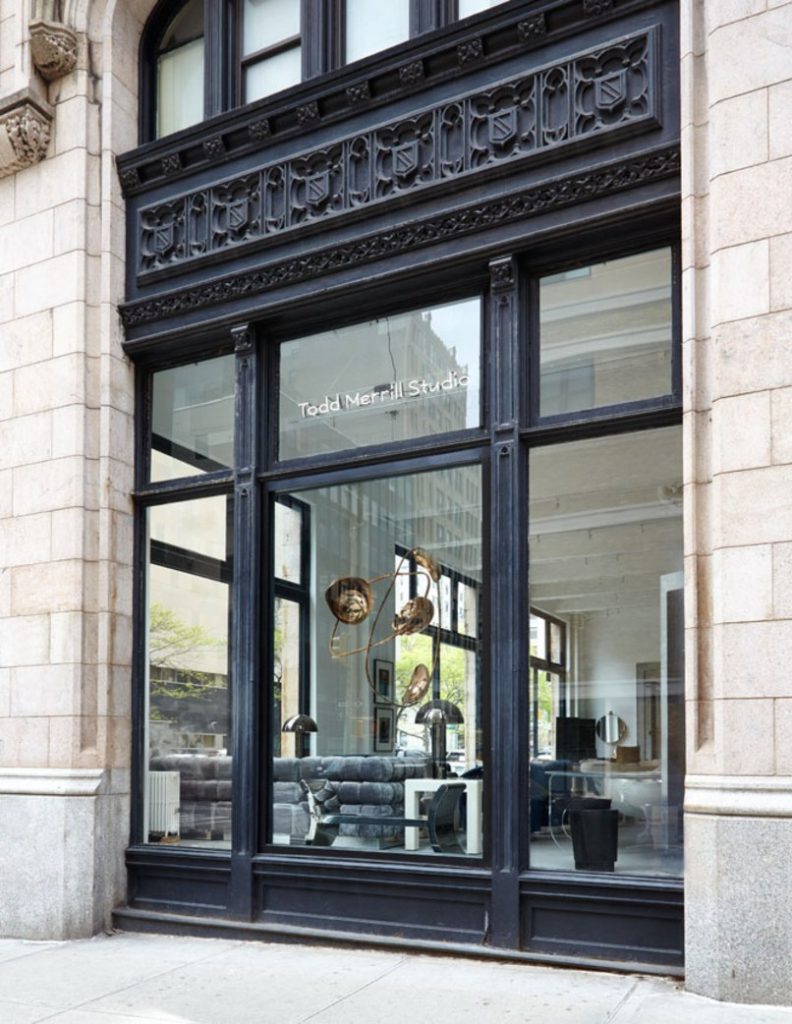 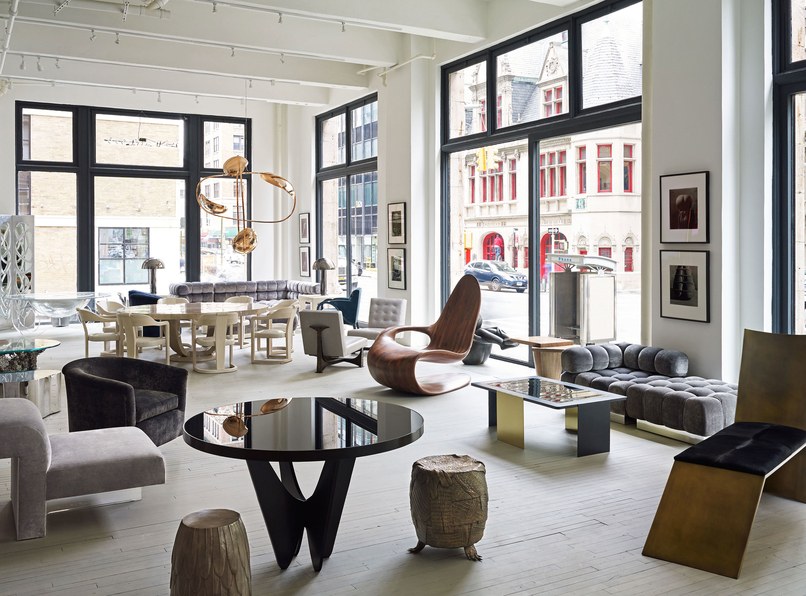 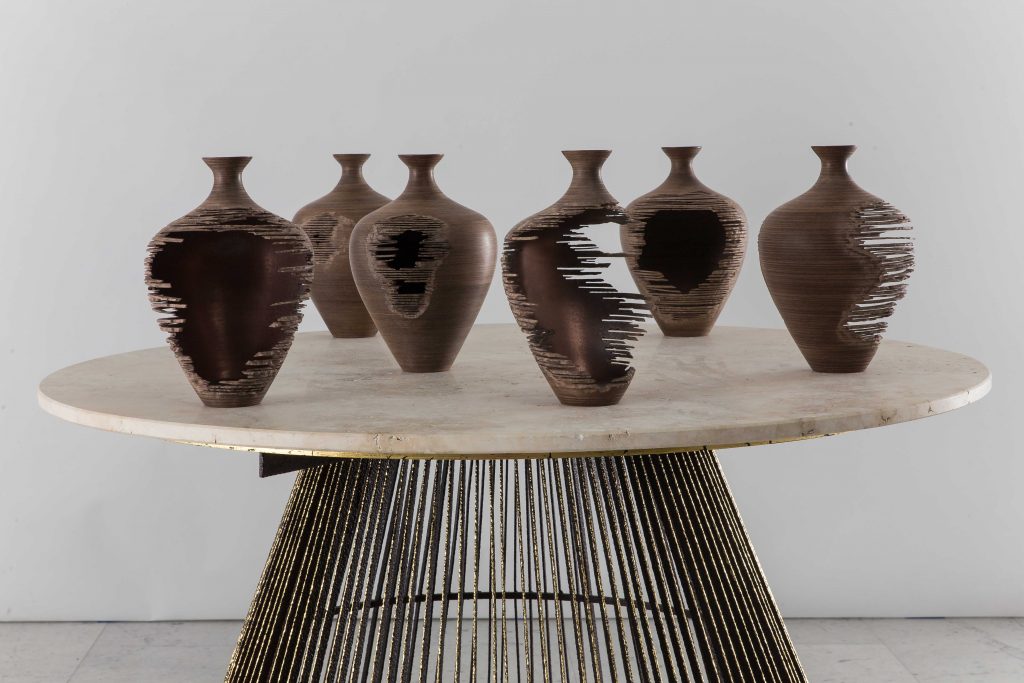 PRICED OUT OF NOHO, Todd Merrill Studio has more than doubled its Manhattan real estate by relocating to the ground floor of a 1915 building at the corner of Lafayette and White Streets downtown. The gallery held its opening celebration on May 12—with an inaugural exhibition of twentieth- and twenty-first-century furniture, lighting, and decorative work—after months of renovation that included tearing out a drop ceiling and chipping away at five layers of accumulated flooring in order to bring its new building back to its original state. Fifteen-foot-high windows now filter soft northeast light into the capacious four-thousand-square-foot gallery, illuminating works by the likes of Niamh Barry, Paul Evans, Yard Sale Project, Mark Fish, and Erin Sullivan, among others.

Todd Merrill grew up in South Burlington, Vermont, and is from a long line of antiques dealers. He opened his first gallery, Todd Merrill’s Antiques, more than fifteen years ago, and has since established himself as a go-to man for vintage studio design. In 2009 he broadened his scope to include contemporary art, and the white cube Marble Gallery, which adjoins the larger Main Gallery in the new space, is dedicated to thematic and solo artist exhibitions. Beth Katleman’s porcelain studded “3D wallpaper,” Folly, a variation of which was recently acquired by Dior for its Hong Kong and London stores, is on view through October.

Todd Merrill Studio is one of a number of galleries moving downtown as part of a migration that has even begun to include blue-chip contemporary art galleries from Chelsea. Now, on the western fringe of Chinatown, Todd Merrill Studio is optimally located in the corridor between the galleries in the Lower East Side and TriBeCa. Not a bad move. toddmerrillstudio.com  —Sammy Dalati