Ancient-looking vessels made of discarded plastic bottles by Shari Mendelson rest atop a 1950s Tommi Parzinger credenza, while Molly Hatch’s Aspire: After Meissen hangs above; Beyond the doorway is another Niamh Barry light sculpture, Walking 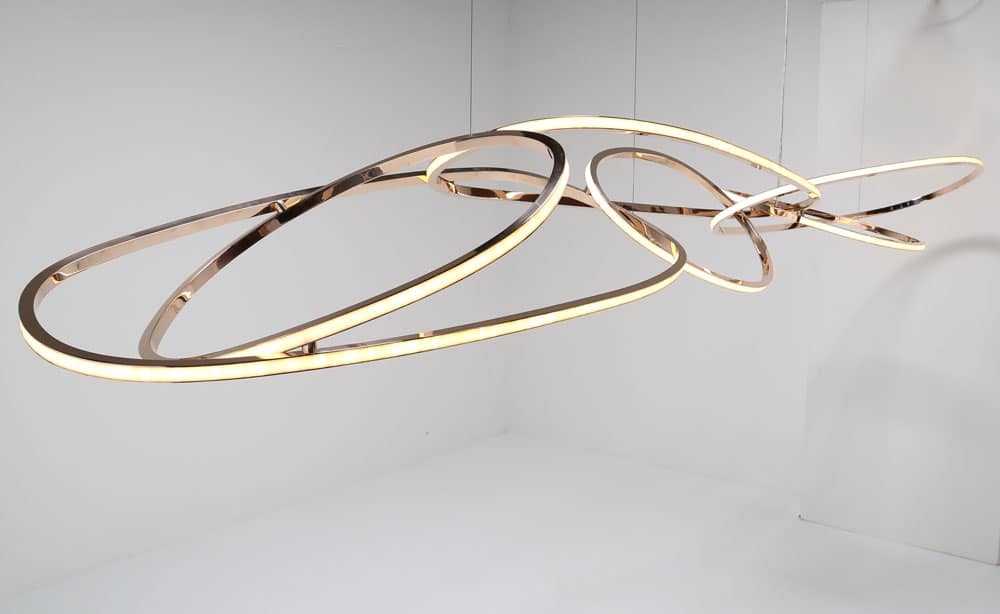 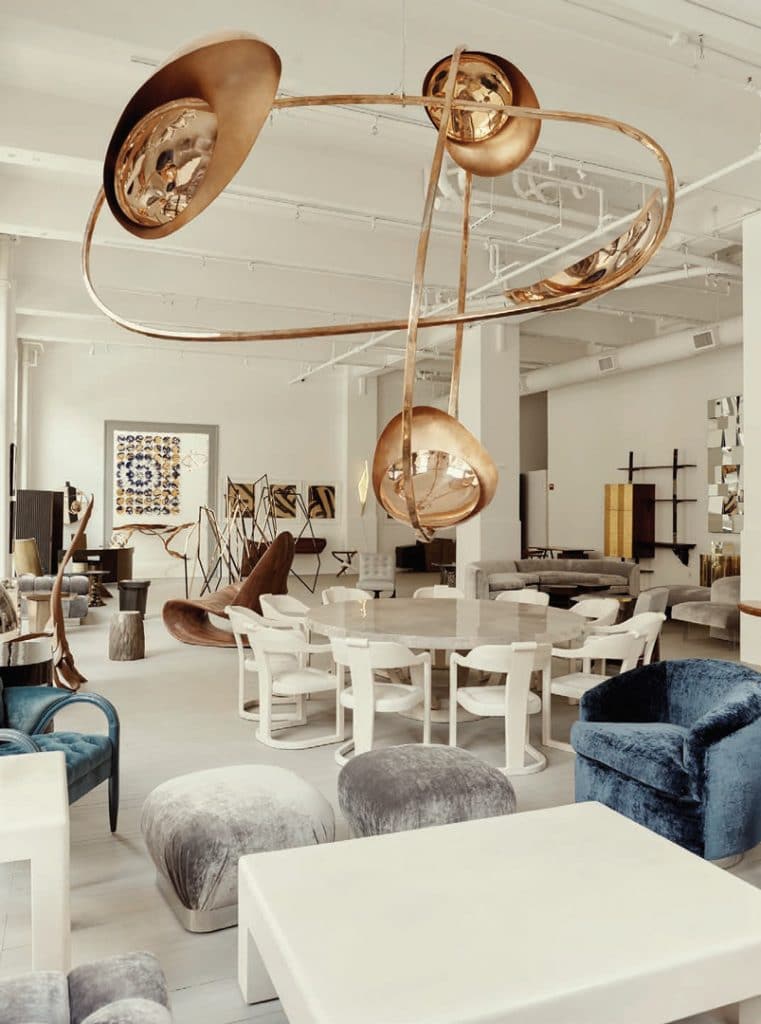 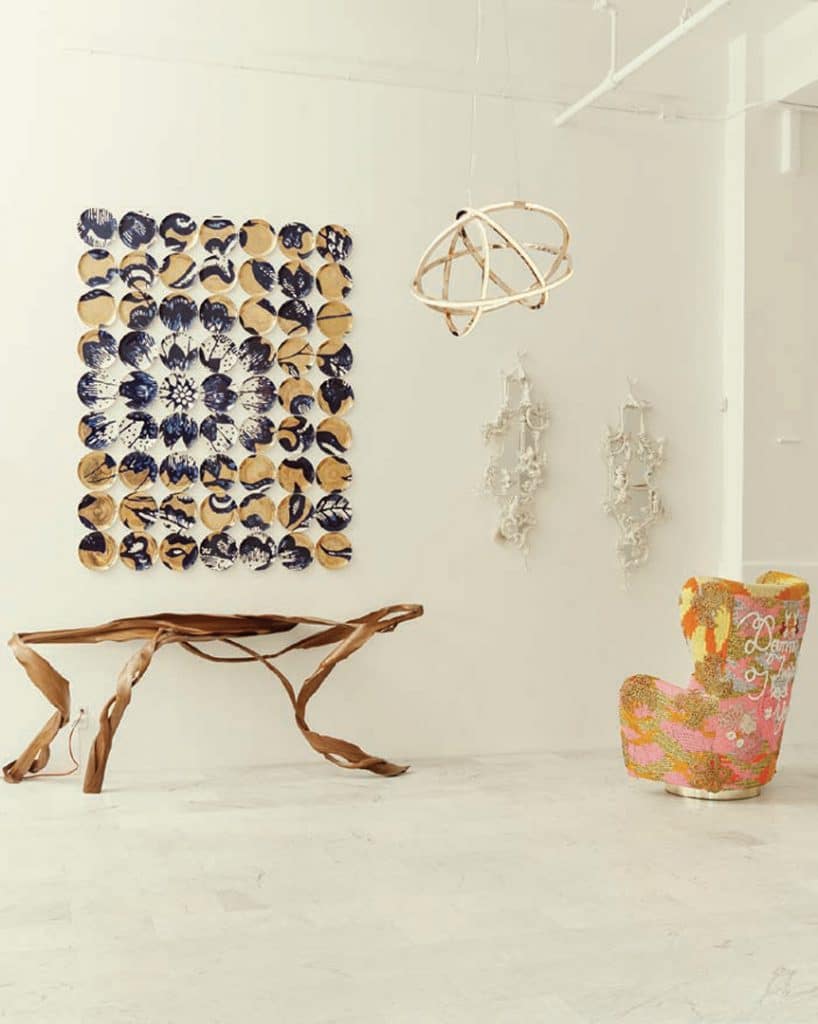 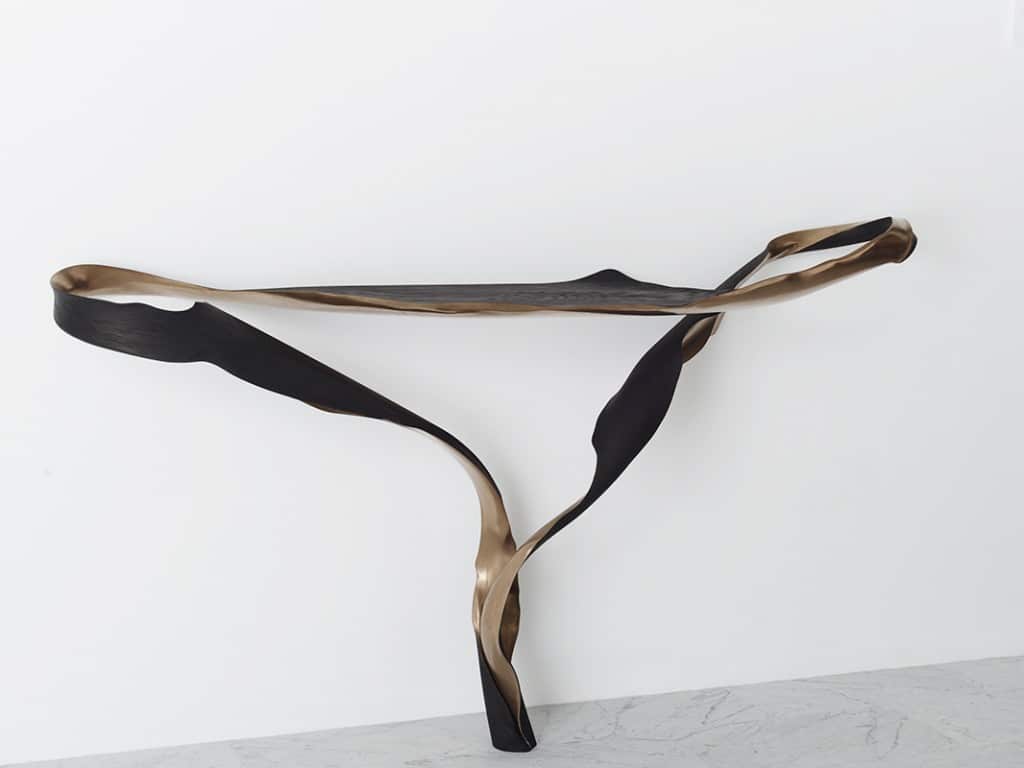 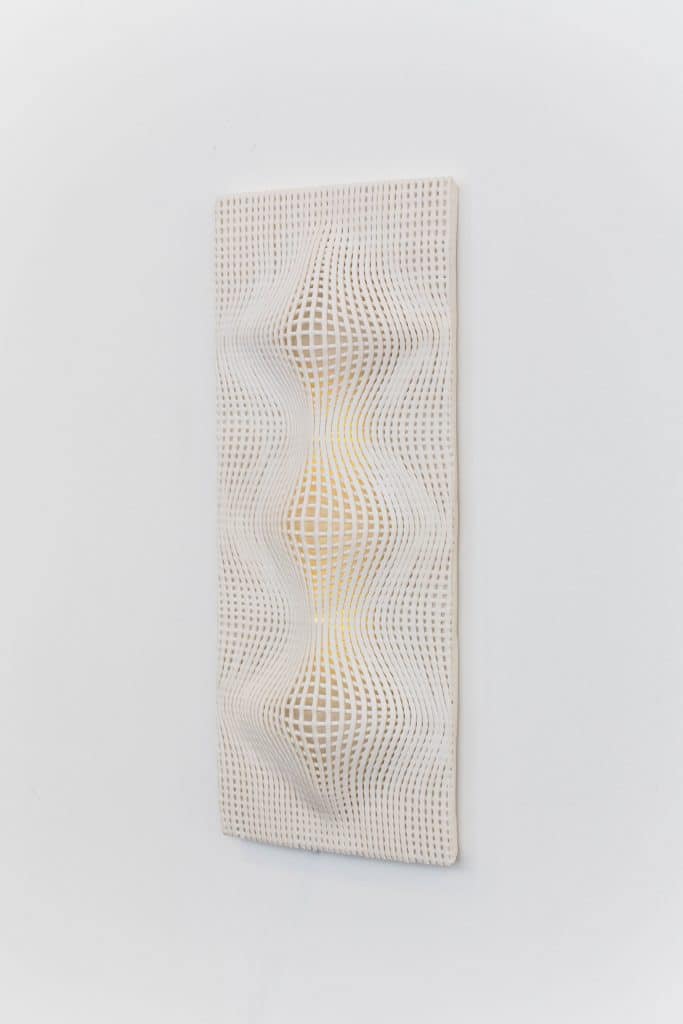 “AS A KID I could tell you the difference between furniture by a cabinetmaker in New Hampshire and one in Vermont,” says 52-year-old, third-generation antique dealer Todd Merrill. “I thought that was completely normal dinner conversation.”Later, as public relations director at Christie’s in the 1990s, he became frustrated that much of the American midcentury one-off designer furniture he was seeing—significant though he knew it was—lacked historical documentation.“I realized there was an entire authentic period of furniture that had just been pushed aside onto the trash heap,” he says, “which is literally where I pulled some of my first Paul Evans pieces.” So in 2000 he opened his namesake gallery, specializing in American studio furniture from the 1920s through the 1990s by makers such as James Mont, the LaVerne’s, Karl Springer, Tommi Parzinger and Phillip Lloyd Powell. An instant success, Merrill was instrumental in reviving the careers of both Evans and Powell. Then, in 2005, he moved to a cavernous 4,000-square-foot TriBeCa space in a 1915 Louis Sullivan building. Merrill distinguishes his focus from craft studio-based furniture by Wendell Castle or Wharton Esherick in that his niche incorporates “a diversity of materials and finishes, and much of the work is historically inspired. There’s more refinement informed by more narrative and content.” His book, Modern Americana (Rizzoli), first published in 2008, now offers scholarship on the period. A 10-year anniversary reissue will include 35 new pages of information. Merrill also just completed his second summer at his seasonal Southampton gallery, which concentrates on newer visual and furniture artists. The latter category, called Merrill Studio, had its origins in pieces Merrill commissioned from living designers like Powell. “We’re now interested in the 21st-century,” he says of international makers in “that gray space between art and design” such as Marc Fish, Erin Sullivan, Markus Haase, Molly Hatch, Sophie Coryndon, Shari Mendelson and Beth Katleman.