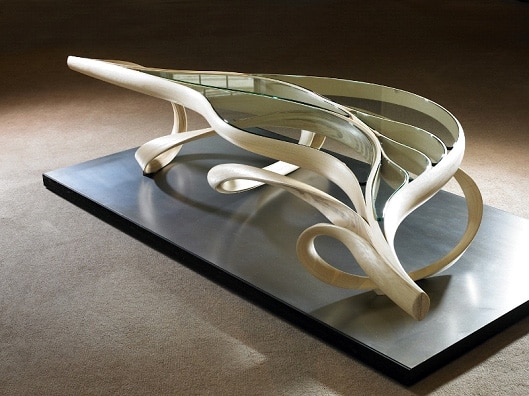 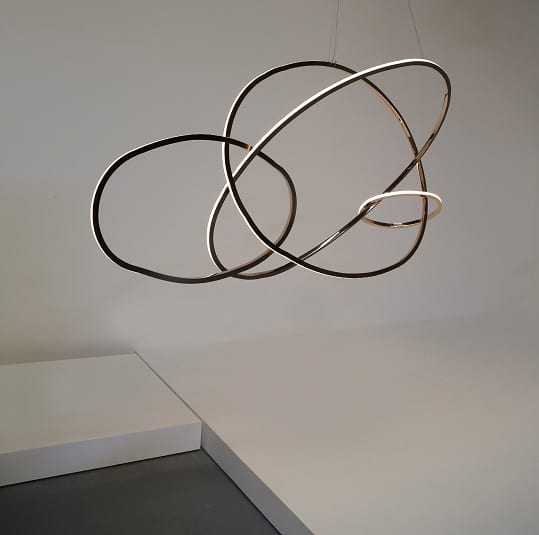 Merrill is exhibiting exceptional consoles by Paul Evans, the 20th century designer. The selection will include a rare pair of large sculpted bronze consoles, as well as an incomparable four door forged front console. Evans is the subject of a forthcoming retrospective at the Michener Art Museum, from February to June 2014.

Examples of Vladimir Kagan’s ever-popular sectional sofa will round out the 20th century design selection.

Collective.1 is a significant fair for Todd Merrill’s Studio Contemporary, as he displays important new works from eight contemporary artists and designers.

Merrill has new work from Yard Sale Project and Joseph Walsh, two contemporary furniture makers who feature in the Museum of Arts and Design’s exhibition Against the Grain: Wood in Contemporary Art, Craft and Design, open now through September 15.

Joseph Walsh is represented by the extremely intricate and impressive “Enignum Low Table” (2013) and “Equinox Black Wall” (2012) from the Paris series. The low table has never been publicly exhibited before now.

Merrill is also showing “Apparent Magnitude” (2013), a new light sculpture from Niamh Barry, the Irish designer. Collective is the first time it has been publicly exhibited.

Merrill has four ceramics from Julia Kunin, whose pieces are known for their unique and beautiful glazes. The selection includes “Gargantua” (2011) and three examples from the “Gorilla Hand” series. This is the first time that Julia and Studio Contemporary have partnered for an exhibition.

Studio Contemporary designer Gildas Bertherlot has two new black walnut and maple wall-mounted consoles, titled “Why Not Le Commencement” (2013), on display. This is the first exhibition in which Studio Contemporary has shown Gildas’ work, and they are extremely excited by the new partnership.

Merrill is proud to show four new pieces from Studio Contemporary mainstay Beth Katleman, including a large wall-mounted. This is her first new wall-mounted piece since the extremely successful “Folly” series of 2010. Merrill also has three tabletop pieces, “Alice,” “Leda,” and “Lavinia” (2013).