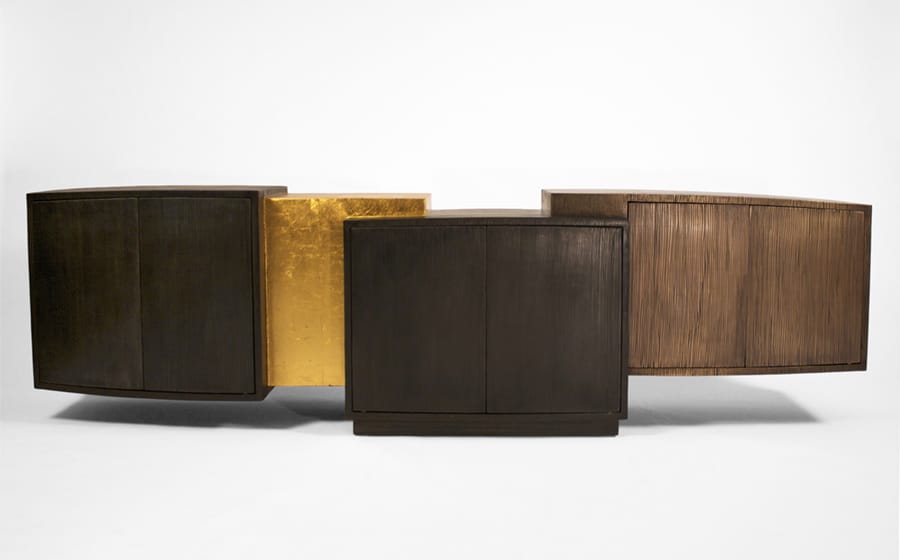 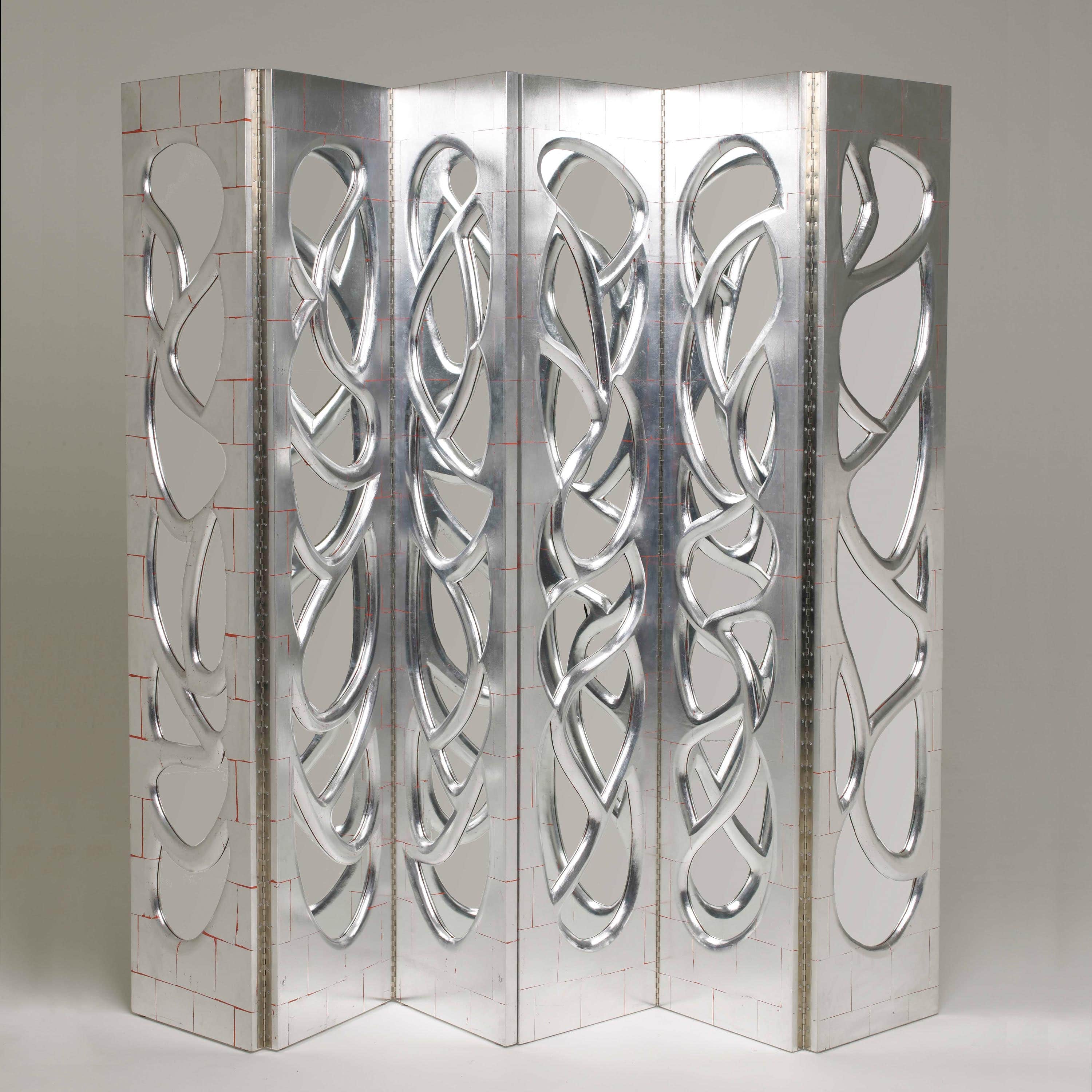 October 17, 2013 New York, NY—Todd Merrill 20th Century and Studio Contemporary is pleased to be returning for the second year in a row to the International Fine Art & Antiques Dealers Show taking place at the Park Avenue Armory. Following up on the success of last year’s fair, Merrill will once again be exhibiting a highly curated mix of the finest examples of 20th century decorative arts with new work from his Studio Contemporary program.

As part of the Studio Contemporary program, Merrill will be introducing new work from metal sculptor Gary Magakis. On view will be a recently completed six-door credenza made of blackened bronze, blackened steel, and gilded bronze. Magakis is developing exclusively for Todd Merrill Studio Contemporary large- scale case furniture unlike anything that he has done before. Trained under Harry Bertoia’s assistant, Magakis was influenced by the American Studio Furniture Movement.  However it is the handmade metal sculpted furniture of Paul Evans that has left a lasting impression on Magakis. It is Evans’ unprecedented use of sculpted metal forms and patinated surfaces that can be seen in Magakis’ new Sculpted Metal series.

Also on exhibit will be the work of Irish sculptress Niamh Barry. Her light installation, “Apparent Magnitude” (2013) made of mirror polished and black patinated solid bronze, opal glass and LED deals with how we interpret light and dark, negative and positive space. This piece takes on very different forms and light levels depending what angle you view it from. Additionally Merrill is proud to exhibit at the IFAADS the work of Gareth Neal and Joseph Walsh. Both of their work was recently featured in the Museum of Arts and Design’s “Against the Grain” exhibition, now open at the Museum of Art Fort Lauderdale. On view will be Neal’s “5-Drawer George” (2013), the second edition of this piece was in the MAD show, and Walsh’s “Enignum” Low – table (2013).  For the Enignum series, Walsh has stripped wood into thin layers, manipulating and reconstructing them into free-form compositions.

The Todd Merrill 20th Century portion of our booth will focus on the work of four great designers: John Dickinson, Samuel Marx, Tommi Parzinger, and Serge Roche. Merrill will be showing a collection of furniture by John Dickinson including a classic Two-leg Resin Console (c. 1980), an Etruscan Chair (c. 1975-1979), as well as a Plaster End-table (c. 1970s) and a Pair of Nesting Tables (c. 1970). Additionally on view will be a Set of Three Chairs (c. 1958) in Samuel Marx’s signature crackle-lacquered wood. Tommi Parzinger will be represented with a Bleached Mahogany Sofa upholstered in Nancy Corzine Creme Silk Velvet. Finally, a pair of Serge Roche Plaster Torcheres (c. 1930s), and a group of plaster lamps by Michael Taylor will round out the white-on-white theme. The booth will also feature an important pair of Phillip Lloyd Powell Silvered-Walnut Mirrored Screens (c. 2000). These three-panel classic screens by Phillip Lloyd Powell are possibly the last pair he ever made.  The design motif for these screens was developed in the mid-sixties and adapted to many pieces including doors, cabinets, dressers, and headboards.

Merrill will also exhibit a monumental tapestry by Jan Yoors, photographs by John Hersey, and two side-tables by Pedro Friedeberg. The latter two artists are recent addition to Studio Contemporary.