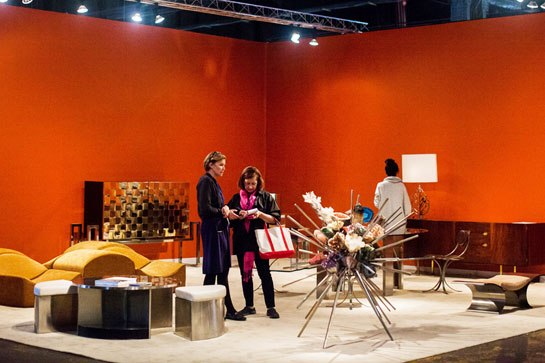 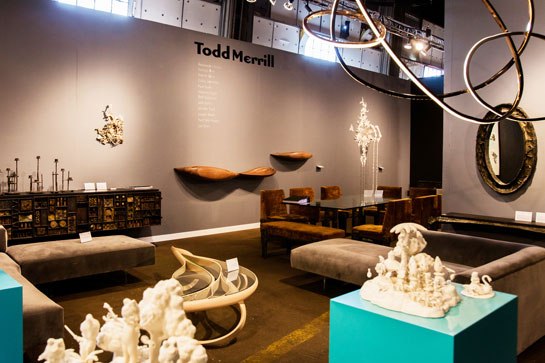 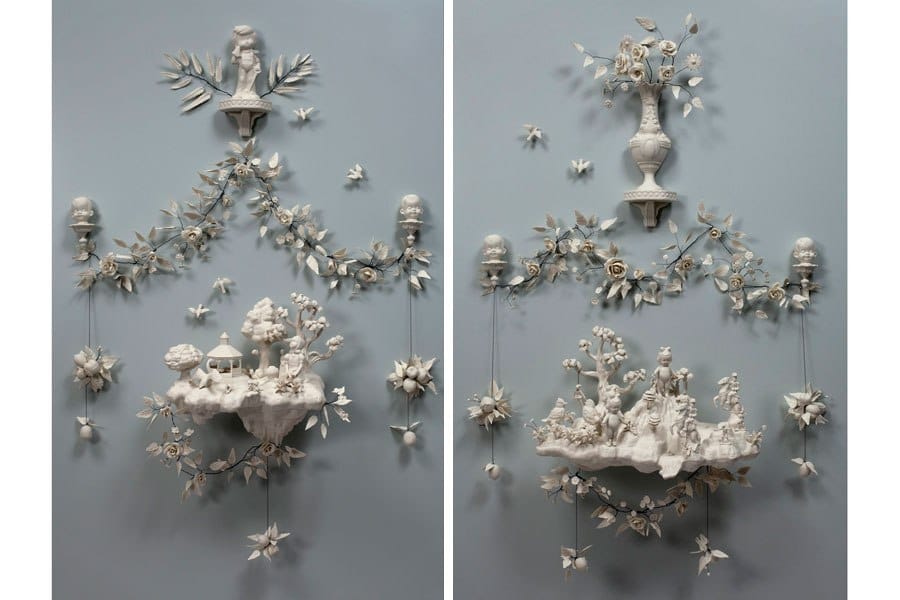 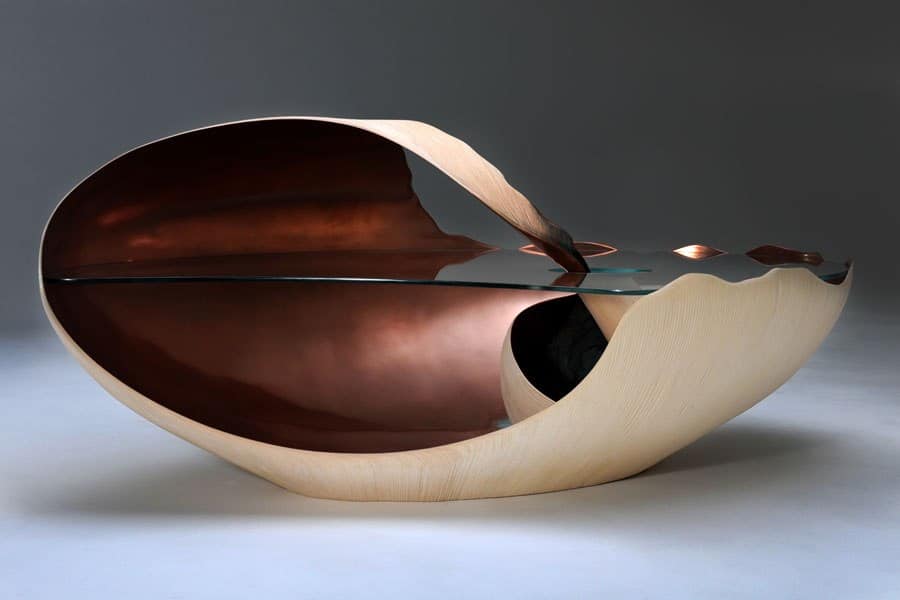 In the weeks leading up to Collective, a new Manhattan design fair that launched May 8 and runs through May 11, some wondered whether the city really needed another such showcase. The answer, as the inaugural edition proves, is a resounding yes. Mounted at Hudson River Park’s Pier 57—and nicely manageable, with 23 dealer booths—Collective presents a carefully considered assortment of 20th- and 21st-century treasures. (In scale and scope the event resembles the celebrated Design Miami series, distinguishing itself from New York’s International Contemporary Furniture Fair, which will be held later this month.) Collective’s impressive mix ranges from the pedigreed to the playful, with vintage pieces by Mathieu Matégot, Serge Mouille, and Jean Prouvé installed alongside New York–based artist Beth Katleman’s porcelain interpretations of toile and tattoo luminary Scott Campbell’s charred arabesque panels. During the VIP preview, AD100 decorators Muriel Brandolini, Waldo Fernandez, and Alan Wanzenberg could be seen admiring the array.

Complementing the dealer booths are satellite exhibitions, among them a display of woven-fiber seating by Dana Barnes Studio and a show on Italian architect and design maestro Gaetano Pesce. Even the pop-up café, with its fleet of rugged chairs by BDDW, was the subject of adoration.

The festivities come to a head on Saturday during a Ping-Pong tournament organized by online art space Grey Area and hosted by the cutting-edge Brooklyn firm Snarkitecture. The thought of balls flying past Prouvé pieces offers a refreshing reminder that design doesn’t have to be about what’s necessary—it can also be about what’s fun.