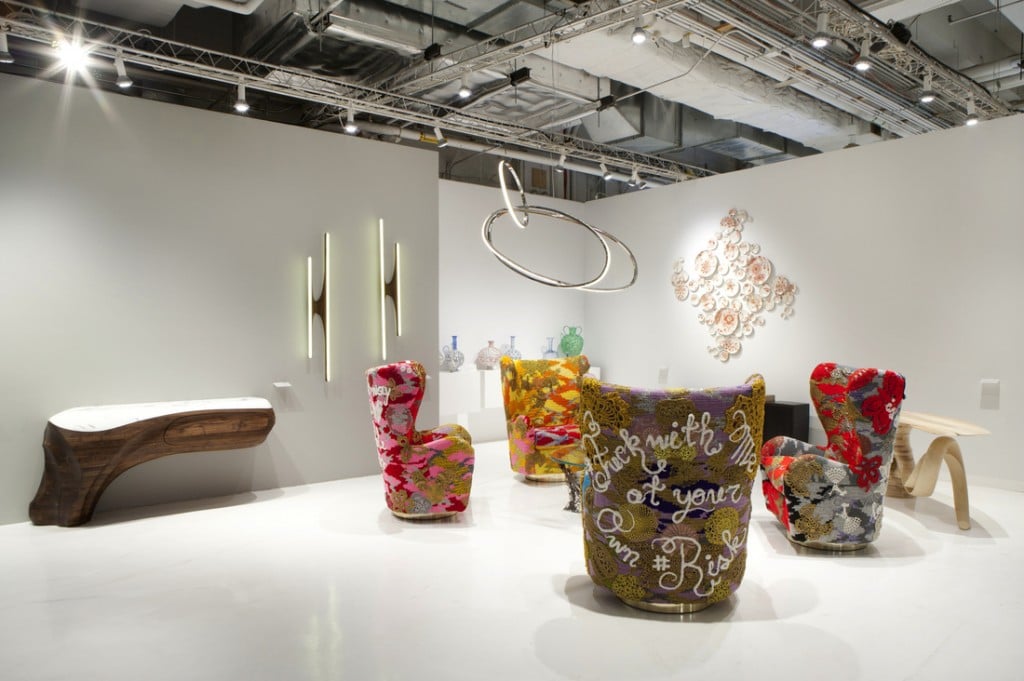 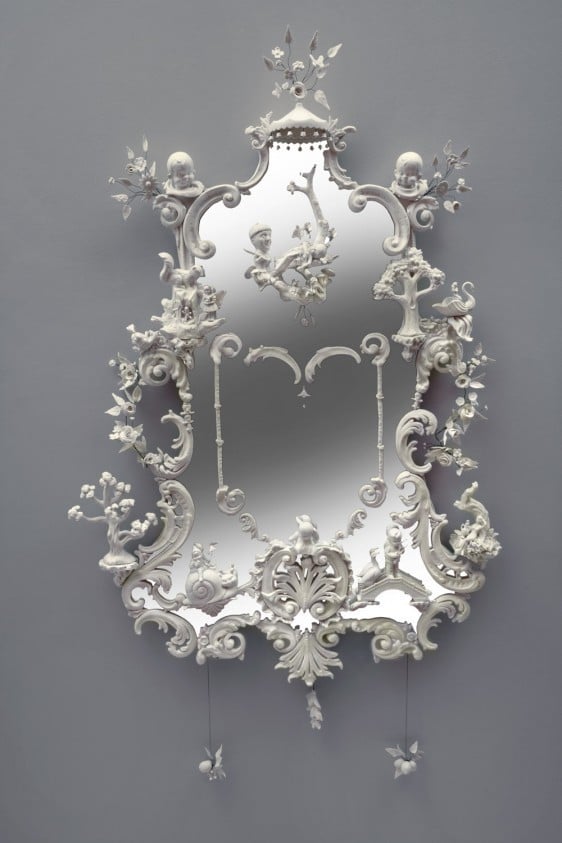 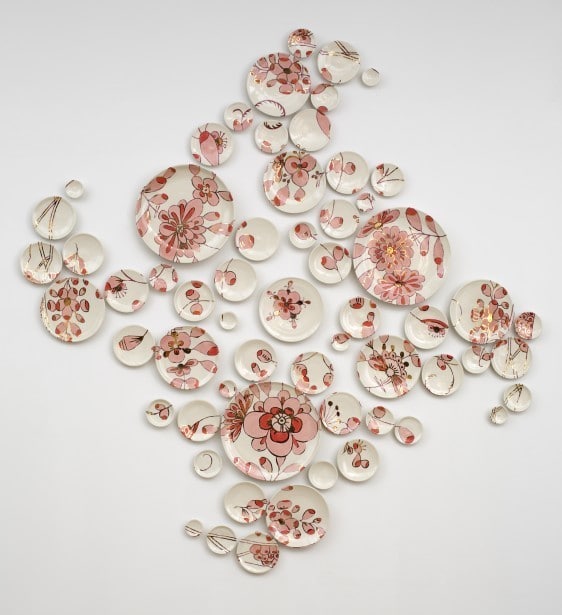 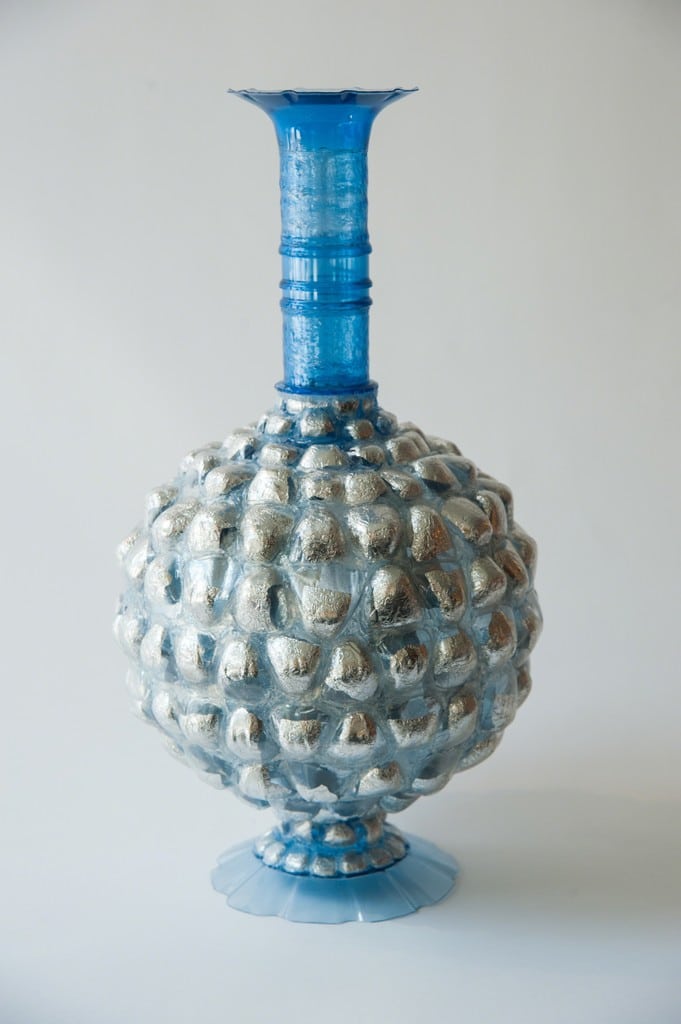 Collective’s very name captures an essential spirit that sets this New York design fair apart from its rivals in Miami, Basel, London, and Paris. As the third edition wrapped up we chased down the show’s 29 international exhibitors to get a read on this year’s success.

Without fail, all were quick to congratulate the man behind Collective—much beloved architect-turned-fair director Steven Learner—on his ability to create a dynamic space that supports design culture and commerce. It’s proved to be an outlet with a sense of community that, many note, New York design has long needed.

Working in tandem with a team of equally respected organizers and advisors (including Caroline Baumann of the Cooper Hewitt, gallerist Cristina Grajales, and guest curator and W Editor-in-Chief Stefano Tonchi, among others), Learner complemented this year’s varied gallery presentations with an ambitious program of talks, tours, and special exhibitions, all seemingly designed to align the fair with an esteemed roster of interior designers and architects to help draw in the “right” sort of crowd—and, subsequently, sales.

According to Learner, that plan paid off. “This has been the most successful year for Collective Design to date,” he said. “We broke our record by welcoming more than 10,000 visitors, including designers, architects, collectors, curators—and the design-loving public.”

The 2015 Collective made its home in its third location in as many years, inside the industrially hued Skylight Clarkson Square in west SoHo. While reviews of the new venue varied—some called the layout slightly “convoluted” or “a little complicated”—most were quite positive about the fresh, white-cube-like setting, which provided a sense of cohesion to an otherwise eclectic presentation. Cologne-based gallerist Gabrielle Ammann noted: “The venue is fantastic. It’s not like a typical fair, with one booth after another; it’s more like a design village. It’s very charming, and clients loved it.” Zesty Meyers, cofounder of New York’s R & Company, concurred, crediting the successful layout to Learner’s great eye: “That’s his genius.”

Similarly, impressions were generally optimistic regarding attendees. Several gallerists we spoke with reported interactions with high-end professionals—art advisors, architects, and several interior designers, including Brad Ford, Jamie Drake, and Ryan Lawson—alongside a more casual design-loving crowd. As New York’s Patrick Parrish put it, “I saw everyone from students to amazing interior designers to billionaire collectors.” Anya Firestone, director of Todd Merrill Studio Contemporary, agreed, noting she had her own “fruitful” conversations with representatives of major art and design institutions, who were attracted to contemporary works by artists like Beth Katleman, Molly Hatch, and Shari Mendelson, all of whom reference historical decorative arts forms and techniques in their current practices.

Collective, of course, was just one of dozens of events scheduled over the last week in New York, which was seen as a pro or a con, depending on whom you asked. Some exhibitors worried that potential buyers had too many options and were “forced to choose,” not always in favor of the design fair. Others, like Todd Merrill, felt that “turnout was stronger than ever.” He went on: “With the busyness of Frieze and Design Week, we saw quite a range of visitors; not just collectors and decorators, but curators and academics.”

Sherri Apter Wexler, co-owner of Philadelphia’s contemporary Wexler Gallery, added: “We’ve been [at Collective] since the beginning, and every year, it’s gained momentum; more galleries, more energy.” Her take on this year’s audience? “It’s a very different crowd than you get at the Armory uptown for Salon, for example. It’s a different cross-section of Manhattan.”

Perhaps the cooler, downtown location was ideal for the strong showing of contemporary design, which made up the majority of the work on view. Wexler’s own roster included a knockout pair of delicate, bronze and brass Flor Chair (2015) by Israeli designer Sharon Sides (both sold for $9,200 each, and are part of a limited edition of 12 that Wexler’s camp anticipates will sell out shortly), as well as elegant tables by French-born, Hudson, NY-based Alex Roskin, and several porcelain pieces by artist and social activist Roberto Lugo (all of which sold), among others.

Lily Kane, director of exhibitions and publications for R & Company, reported “sales for almost every artist we brought to the fair, with Rogan Gregory, Thaddeus Wolfe, and Jeff Zimmerman’s works doing especially well.” She added, “Both Thaddeus Wolfe and Jeff Zimmerman works sold to interior designers and private clients between $10,000 and $25,000.”

Other standouts included kinder MODERN’s children’s furniture booth, featuring joyful designs like Material Lust’s new “Fictional Furniture” collection and the head-turning yellow Chicken Desk (2015) by Guillamit ($16,000). According to co-owner Lora Appleton, “The Sheep and Bambi chairs from Elements Optimal/Takeshi Sawada [which go for $400 each] were flying off the shelves!” Similarly, ceramics were a hit this year; Patrick Parrish sold a whopping 30 sculptures by American designer Cody Hoyt (his bold ceramics range from $400 to $5,500) and J. Lohmann also had success with a trio of Danish ceramicists: Merete Rasmussen (whose works ranged from $14,000-$16,000); Lone Skov Madsen ($2,800-$4,500), and Sandra Davolio ($7,000-$12,0000). And French galleries Gosserez and Maison Parisienne teamed up for their first showing in New York; the pair reported enjoying “a lot of success with our Mono Light installation (2015) from Os & Oos, the wonderful textile sculptures from Simone Pheulpin, and our unique ceramic rug by Raphael & Réjean.”

And the rewards weren’t just financial either; Paul Donzella told us he was personally gratified to see the work he so loves—vintage Fontana Arte—generate a buzz. “It’s been kind of funny,” he explains. “I’ve sold a table, that pair of mirrors, this mirror, a table lamp. Those aren’t the only sales, but it’s been very Fontana Arte heavy, which is nice because it’s been a great interest of mine now for a number of years. And the longer I’m exploring the work, the better pieces I’m finding. So it’s exciting to see that I’m not the only one.” Though not everyone laid claim to confirmed sales, nearly all dealers on hand expressed confidence that the coming weeks or even months would bear further results as clients continue to contemplate the diverse offering.