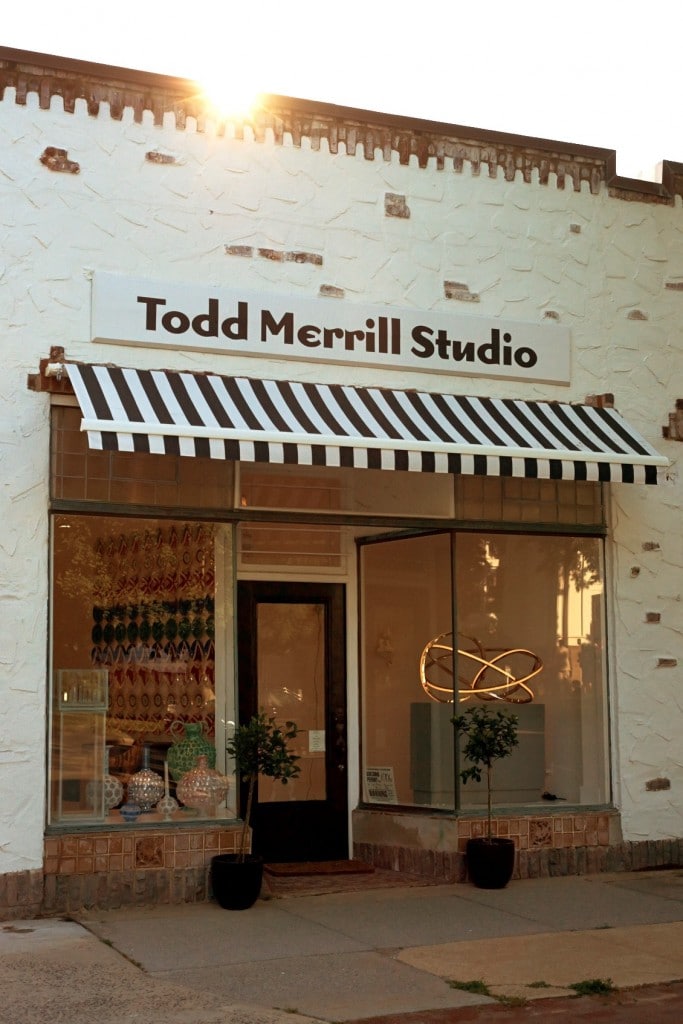 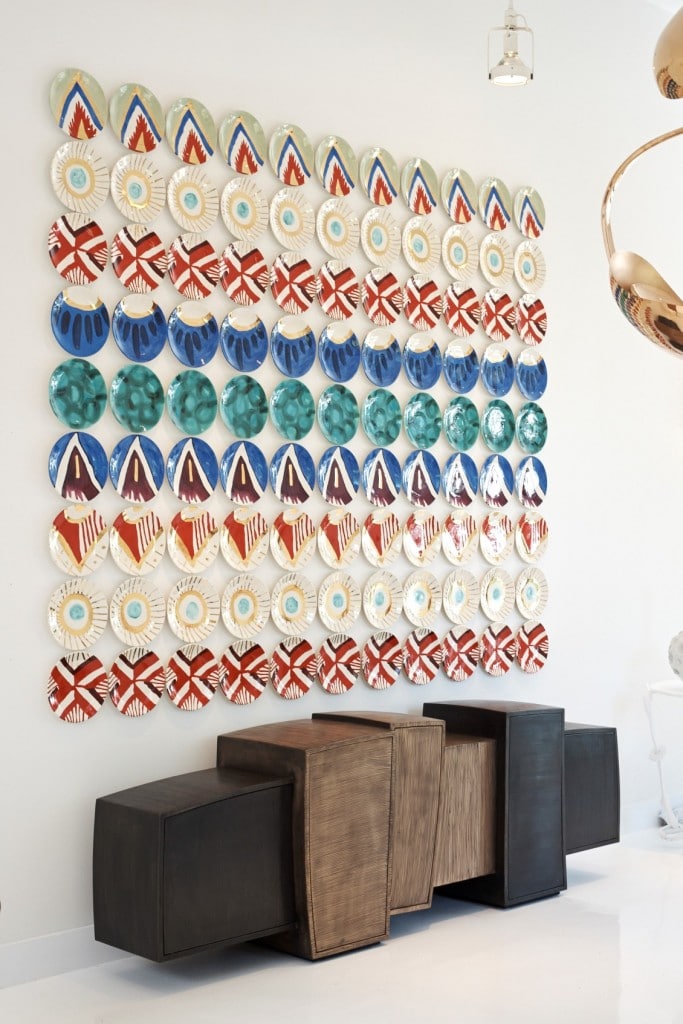 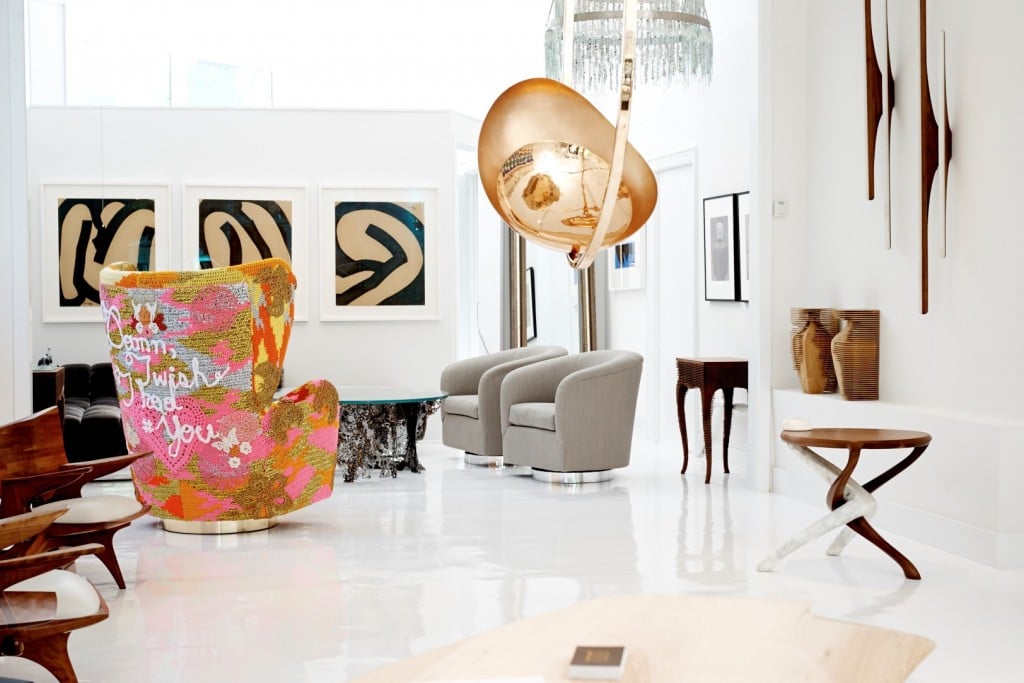 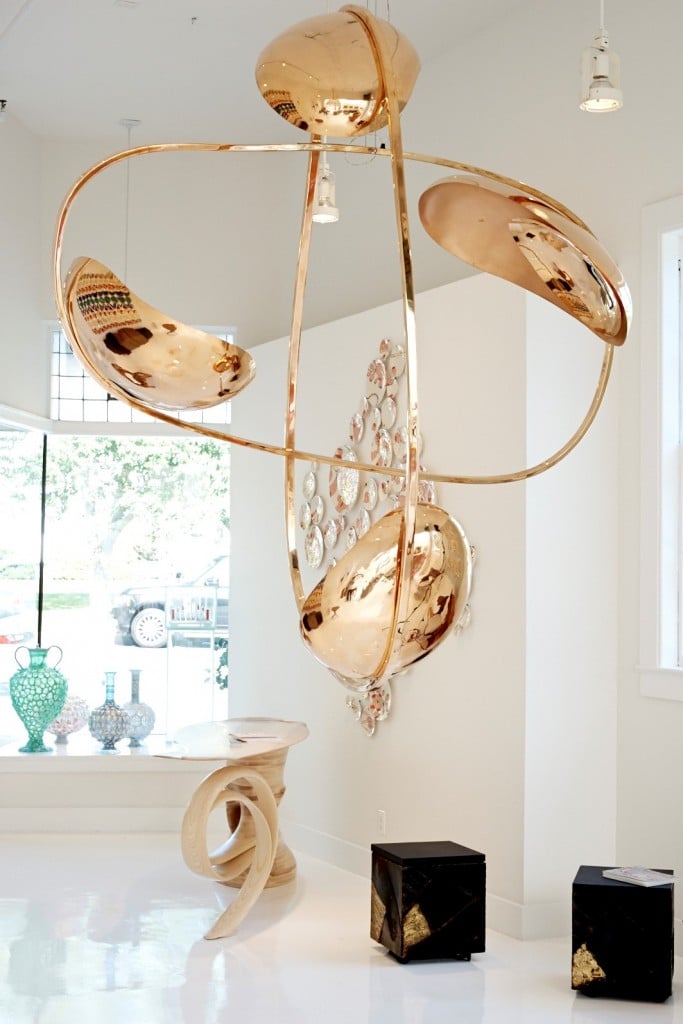 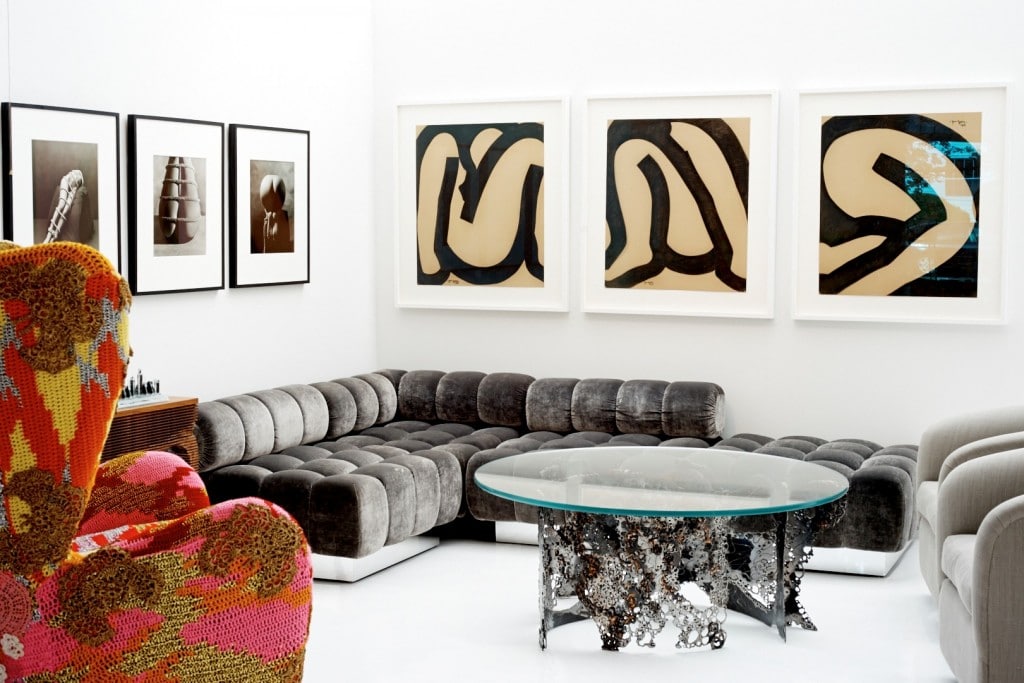 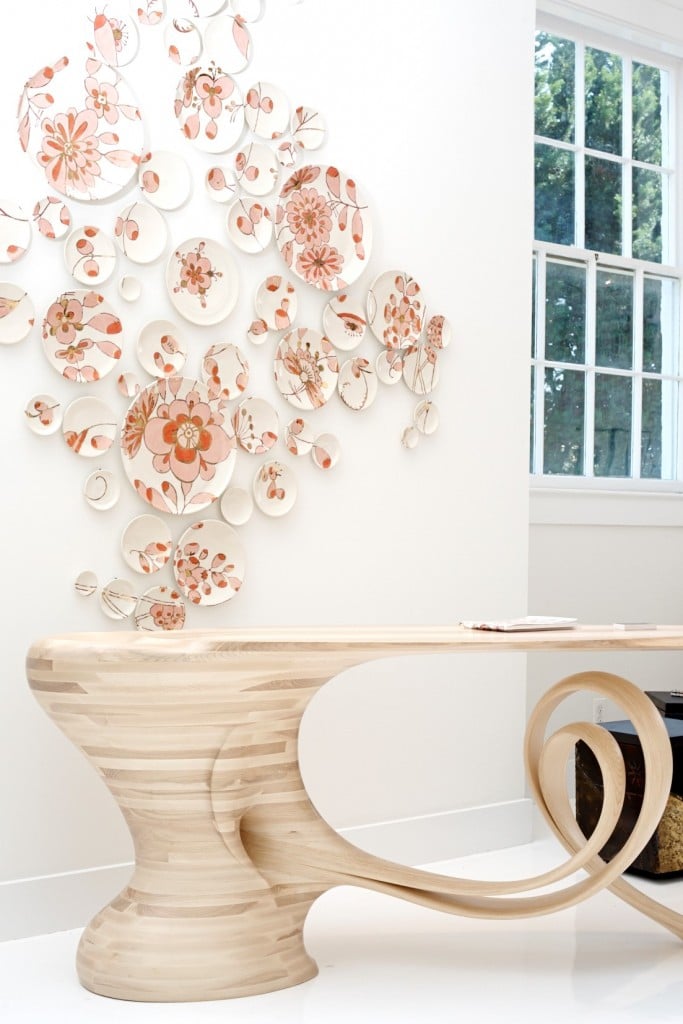 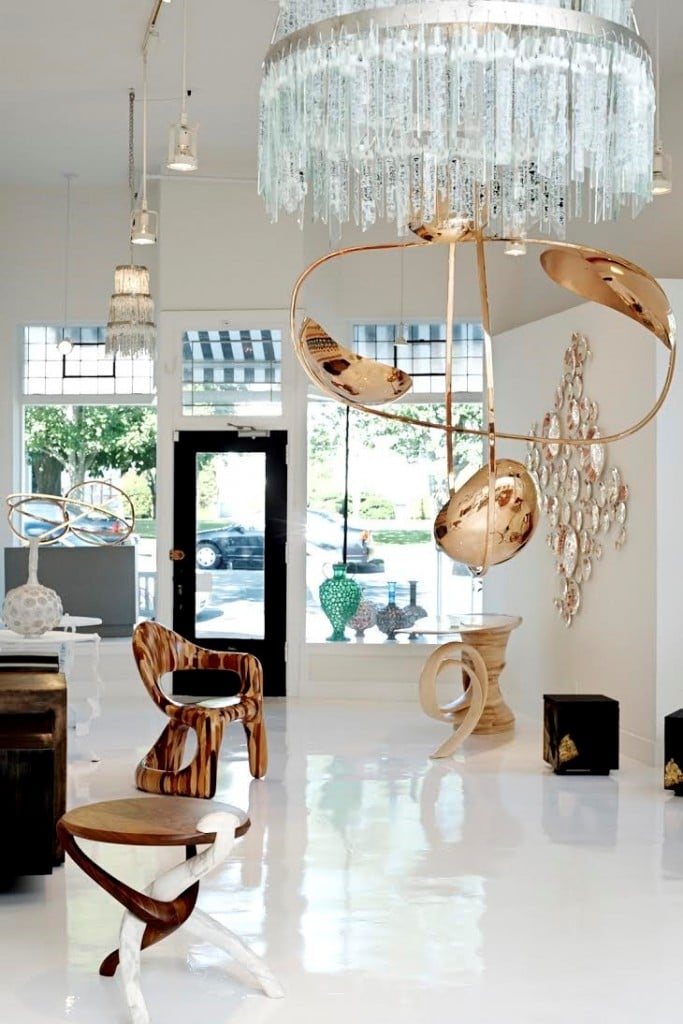 Southampton, NY—Todd Merrill Studio is pleased to announce the opening of its second gallery, an exquisite white-box venue located at 11 South Main Street in Southampton, New York. The gallery’s curatorial platform will emphasize hand-made, one-of-a-kind, and material-driven studio works from the 20th and 21st centuries. Using textile, metal, porcelain, stone, wood, plastic, glass, or LEDs, each artist shown pushes his or her chosen medium to its absolute aesthetic limit. The result: dynamic exhibitions of studio pieces that reveal an evolving and increasingly relevant “grey space” between art and design.

Inaugurating the new space, Todd Merrill Studio Southampton presents a selection of works by Beth Katleman, Molly Hatch, Shari Mendelson, and OLEK— each of whom reference, deconstruct, and then reconfigure historic decorative arts traditions. Katleman’s opulent three-dimensional porcelain “wallpapers”, Hatch’s plate paintings, Mendelson’s “upcycled” plastic vessels, and OLEK’s hand-crocheted thrones as shown at the Brooklyn Museum (2015), form an aesthetically cohesive and content-driven display. Similarly quoting from past historic designs is a selection of works by Gareth Neal, including a pair of Georgian-inspired oak vessels (2014), the predecessors to his current collaboration with Zaha Hadid, and his deconstructed Louis Occasional Tables (2013), of which a chest of the same series resides in the Victoria and Albert Museum in London.

Illuminating the gallery is a collection of LED powered, hand-formed metal light sculptures by Niamh Barry; the floating, sinuous structures inspired by human movement are displayed so as to be experienced from every angle, igniting our own motion around them. Furthering this theme of bodies, the gallery presents a selection of works on paper featuring abstracted human forms, including Stephane Graff’s Constrictions photography series and nude charcoal drawings by Jan Yoors, as previously shown at the Felix Art Museum in Brussels (2013). Yoors’ abstract gouaches and tapestries will also be exhibited, of which similar versions reside in the Metropolitan Museum of Art and Art Institute of Chicago.

Lastly, the gallery presents original creations in wood, metal, and glass from the past and present: In wood, a pair of 1970s Jack Rogers Hopkins hand-carved sculptural chairs enter visual dialogue with today’s innovations in wood, including Yard Sale Project’s Corsican chair made of over 20 wood varieties, a hand-carved ash console by Robert Scott, and stone embedded walnut sconces and tables by Markus Haase. In metal, extending the aesthetic of Paul Evans’ welded steel work of the 60s and 70s, the gallery presents mixed-metal cantilevered consoles by Gary Magakis as published in the Financial Times: How to Spend It (2015) and welded steel sculptures by K. Gretchen Greene, whose work was recently acquired by the House of Christian Dior. In glass, hand-cut lights and chess objects by Clemens Weiss, recently nominated for the German Design Award 2016, are shown.

Todd Merrill Studio Southampton is the first gallery of its kind in the Southampton area devoted to the exhibition of studio artist’s work in art and design. For over fifteen years, Todd Merrill Studio has exhibited and purveyed the finest selection of prewar American and European studio and custom furniture. Shortly after Rizzoli published his seminal book on the subject in 2008, Modern Americana: Studio Furniture from High Craft to High Glam, Merrill launched Studio Contemporary, representing the work of an international group of twenty established and emerging contemporary artists. Today, their work is sought after by a wide range of art patrons–from collectors and decorators, to curators and academics—and resides within collections including: The Cooper Hewitt National Design Museum (New York), The Museum of Fine Arts (Boston), The Museum of Art and Design (New York), The High Museum (Atlanta), The Brooklyn Museum (New York), and the House of Christian Dior.